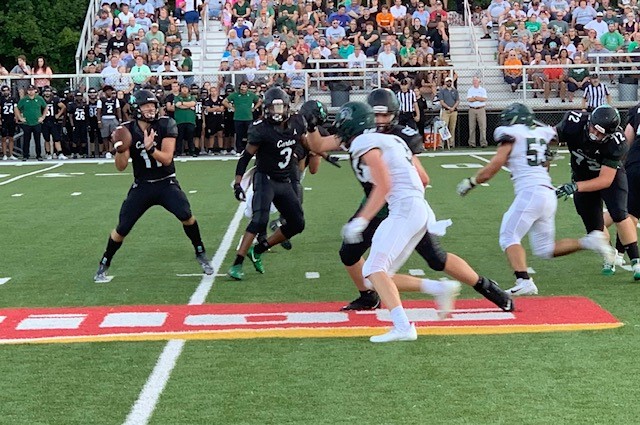 STRAWBERRY PLAINS – Carter came from behind and stunned Webb 26-21 on Friday. The Hornets opened the season at 1-0 for the first time since a 46-34 win over Knoxville Halls in 2015. It was also the first time Carter has won a home opener since 2015.

The Hornets trailed 7-0 after the first quarter and had three touchdowns called back in the period. Early in the second quarter, Webb would have a touchdown called back, before tossing an interception.

Carter then proceeded to drive the ball all the way to the Webb 18-yard line, where it would face 3rd-and-Goal. Chandler Wilson then threw an interception in the end zone.

The Spartans then scored on a long pass play after the interception with 3:35 left in the first half. That would give Webb a 14-0 lead heading into halftime. In the first half, there were three interceptions and four touchdowns called back due to penalties. It is safe to say that a lot of points were left on the field.

Carter receives the second half kickoff and wastes no time. The Hornets embarked on a drive that lasted all of 1:48, culminating in a 23-yard touchdown pass by Wilson.

On the next possession, Carter made a fourth down stop and took possession of the ball with 7:05 left in the third and trailing by a touchdown.

Early in the fourth quarter, Carter scored a touchdown to cut the Webb deficit to 14-13 and went for the two-point conversion and was unsuccessful.

While Carter did not get the two-point attempt, the Hornets were successful on an onside kick attempt and scored again when Wilson ran for a 30-yard touchdown with 10:23 left, taking the lead 20-14. 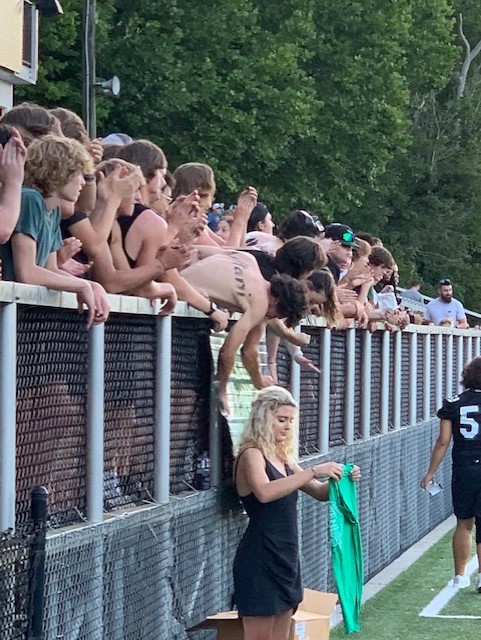 Carter fans celebrate, as the Hornets come back from down 14 to defeat Webb 26-21.
Photo by Brian Hamilton

The Hornets lined up for a field goal with 3:46 left in the game, but missed, giving the ball back to Webb with a chance to tie or win the game.

A big sack by the Carter defense forced the Spartans into 4th-and-9 and Webb quarterback Charles Robinson’s pass fell incomplete, turning the ball over to the Hornets with 2:10 left in the game.

Carter scored again with 1:23 left and was unsuccessful on the conversion attempt, increasing the lead to 26-14. Since trailing 14-0 early in the third quarter, the Hornets had reeled off 26 unanswered points.

Webb finally answered on the next possession, as Robinson tossed a short swing pass that went for a touchdown, cutting the Carter lead to 26-21.

The Spartans recovered the onside kick, but there was a flag on the play. The referee said the ball did not go 10 yards, which gave Carter the ball with a chance to run out the clock.

Wilson finished with 288 yards and one touchdown on 27-for-40 passing. He also ran for a score.