SEYMOUR – If you didn’t already know, the Seymour Eagles went 0-10 in 2020 and many pundits expected little from them in 2021. After a dominant 37-14 win over Cherokee on Friday night, Seymour is right where it wants to be.

“We were able to get a little more efficient in the passing game and the running game was good,” Seymour head coach Scott Branton said. “The offensive line played a really good game.”

Seymour drove down the field on its first possession and Brendon Harris looked to have given the Eagles a 7-0 lead when his touchdown was called back, and a 15-yard penalty tacked on, for hurdling.

The Eagles would end up getting three points out of the drive, however, as Wesley Zamboni — last week’s hero against Gatlinburg-Pittman — booted a field goal to give Seymour a 3-0 lead. 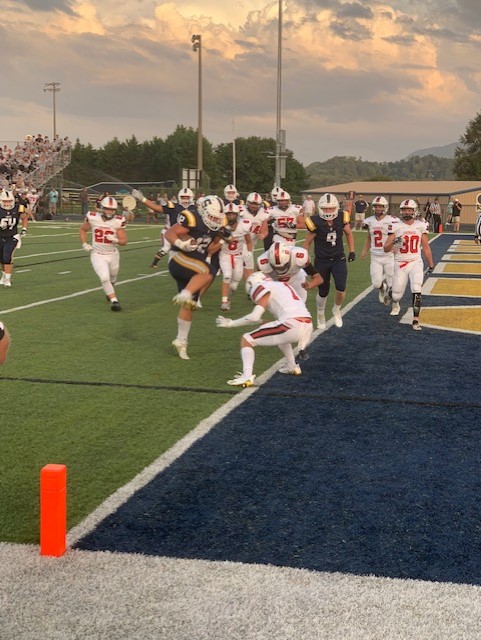 Seymour’s Brendon Harris attempts to hurdle a Cherokee defender on the Eagles’ opening drive, but is flagged for a 15-yard hurdling penalty. Photo by Brian Hamilton

Cherokee wasted no time on the ensuing drive, as Landon Jackson took the handoff on the first play of the drive and raced 92 yards for a touchdown.

Seymour would take control from that point forward, racking up 34 consecutive points.

Eagles’ quarterback Eli Funck hit Ryan Lodari for a 13-yard touchdown to put Seymour ahead 10-7. Later in the second quarter, Funck found Brooks Chowder for a 62-yard score to give the Eagles a 17-7 advantage.

“He played much more steady,” Branton said of Funck’s play from last week to this week. “Second game, I think he’s a little more comfortable with what he’s seeing.”

Seymour would go into halftime with a 23-7 lead, in part to Funck’s stellar play. 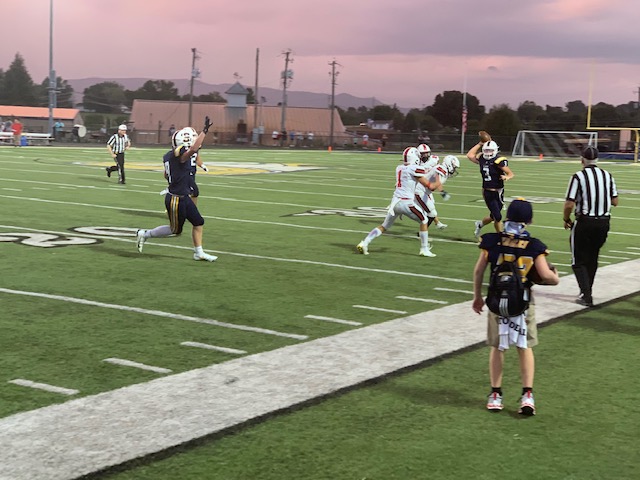 Seymour quarterback Eli Funck (3) looks for Braylon Oliver (9), as he scrambles for a first down during the Eagles’ 37-14 win over Cherokee. Photo by Brian Hamilton

Cherokee went three-and-out on its first three drives of the second half and had several fumbles that helped the Eagles build a 37-7 advantage, en route to a 37-14 victory. The Chiefs would add one last score when Micah Jones found Preston McNaily on broken coverage for a 60-yard touchdown.

Aside from the fourth quarter score, Seymour held Cherokee to just 68 total yards in the second half.

Harris led the way for Seymour with 181 yards and two touchdowns on 17 carries.

The Eagles (2-0) will travel to Church Hill to face an 0-2 Volunteer team in a Class 4A District 1 matchup. Cherokee (1-1) will host Daniel Boone (1-0), who had it’s matchup with West Ridge postponed last week.