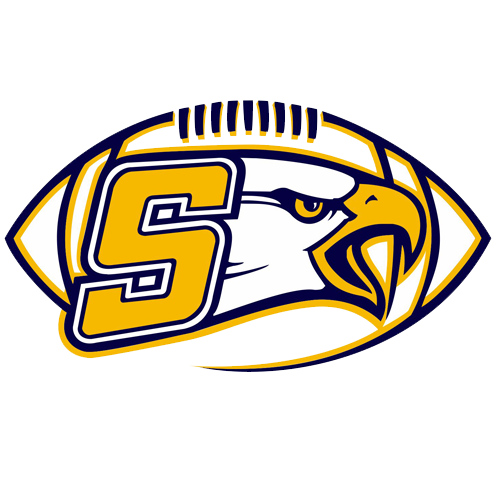 SEYMOUR – The Eagles were clinging to a 14-12 lead over winless Heritage early in the fourth quarter, when Brendon Harris went into the end zone for a score, giving Seymour a 21-12, en route to a 27-12 win in a game that was closer than expected.

“I saw resolve and a lot of grit,” Seymour head coach Scott Branton said. “We came out and played pretty well in the opening, but we fell a little flat when we got that early lead. It came back to bite us a little bit.”

The Eagles scored first when Harris punched it in from one yard out to give Seymour a 7-0 lead, capping a drive where the senior carried the ball seven times.

Late in the first quarter, Austin O’Conner fumbled, giving the Eagles a short field to plat with. Harris would go into the end zone for his second touchdown of the evening, putting Seymour in front 14-0 with just 13 seconds left in the first quarter.

Heritage would trim the Seymour lead to 14-6 with 9:45 to go in the second quarter when Wesley Deck threw an 8-yard touchdown.

The teams would head to halftime with Seymour still leading 14-6, as Kai Thompson thwarted a late Heritage drive by intercepting Deck as time expired.

The Mountaineer defense picked off an Eli Funck pass in the third quarter and took over at the Seymour 45-yard line. Heritage would find paydirt on the drive, as Deck found Chase Ridings for a touchdown with 6:07 left in the third quarter. The two-point conversion failed, leaving Seymour with a 14-12 advantage.

Harris went into the end zone for his third touchdown of the night on the first play of the fourth quarter, putting the Eagles in front 21-12.

Seymour fumbled later in the fourth, but the Mountaineers were unable to capitalize. However, the Eagles muffed the punt, giving Heritage another opportunity at the Seymour 15-yard line with just over seven minutes remaining.

Cayleb O’Conner was stuffed on 4th-and-3 at the Seymour 11-yard line, however, as the Eagles’ defense managed to keep the Mountaineers out of the end zone.

Kai Thompson would tack on another Seymour touchdown from eight yards out with 1:21 left in the game, giving Eagles a 27-12 win.