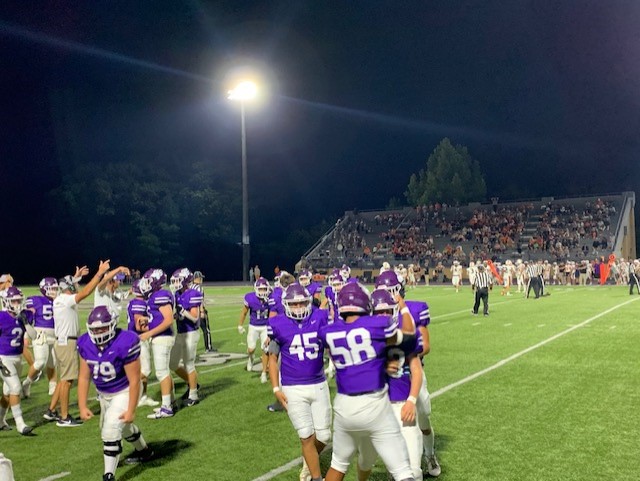 SEVIERVILLE – Neighboring Class 5A Sevier County and Class 3A Pigeon Forge squared off for the first time in the schools’ history on Friday night and the Smoky Bears came away with a resounding 14-0 win.

Sevier County had starting linebackers Garrett Hawkins and Stephen Cain back for the first time since the opener against Jefferson County and it helped, as the Smoky Bears used a stifling defense to hold the Tigers to just 112 total yards. All of Pigeon Forge’s yards were on the ground, as Sevier County held Tigers quarterback Tyson McFall to 0-of-6 passing and intercepting him twice.

Based on the NFL’s quarterback rating formula, McFall was held to a passer rating of zero, which is the lowest possible passer rating.

Smoky Bears head coach Todd Loveday hopes this is not the last time the two teams play one another.

“I think this was a huge win,” Loveday said. “A lot of these kids are buddies and know each other. Hopefully it can become a good rivalry. A lot of rivalries are lost these days.

Both teams were knotted at zero after one quarter of play, but Garrett Hawkins found the end zone for a rushing touchdown in the second quarter, giving Sevier County a 7-0 lead, which would be the score at halftime.

Pigeon Forge fumbled a punt at their own 22-yard line with 15 seconds remaining in the half, but Sevier County was unable to come away with any points.

The first half was rather sloppy for both teams, as the Smoky Bears committed eight penalties, negating a few big plays.

The score remained 7-0 until Bryson Lane ran for a 36-yard touchdown with 5:25 left in the game, giving Sevier County a 14-0 lead. 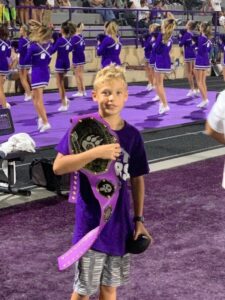 Lane had more yards than the entire Pigeon Forge team, with 129 yards rushing. The Smoky Bears finished with 246 total yards in the contest.

The Tigers began to mount what looked to be a promising drive late in the fourth quarter, but a fumble gave the ball back to Sevier County, allowing them to run out the clock.