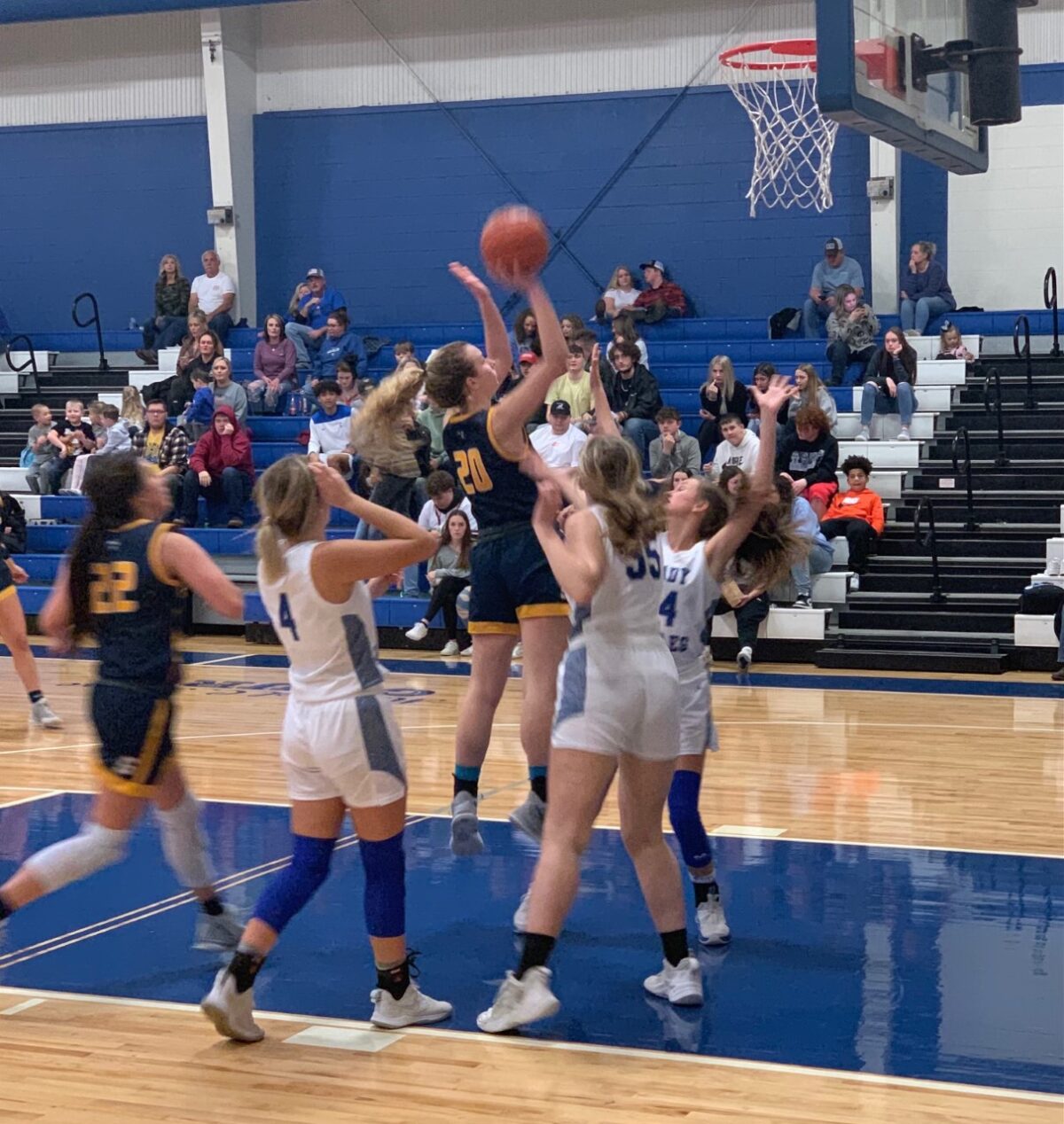 COSBY – Seymour was able to overcome a slow start, as the Lady Eagles trailed Cosby throughout the first quarter but managed to grab the lead and coast to a 45-32 final behind the scoring of sophomore Kalyn Jarvis.

The Cosby Lady Eagles jumped out to an early 13-9 lead over Seymour, thanks in part to two three-pointers by Shylee Shelton and one triple by Gracie Johnson.

After falling behind in the first quarter, Seymour would outscore Cosby 36-19 the rest of the way.

“I was happy with our defensive effort from there on,” Seymour head coach Gregory Hernandez said. “We’ve just got to do a better job of executing. We missed a lot of easy ones around the rim but coming up here and getting a win is never easy, I don’t care what their record is. (Cosby) executed and they got after it today.”

Seymour would make a run in the second quarter, however, taking a 21-15 lead on a Kelsey Cruz three-pointer. Cosby would respond, however, with a layup by Shelton to cut the deficit to 21-17.

Two steals and layups by Seymour’s Cruz and Emma Watson would push the lead to 25-17 with 1:35 left before halftime. A pair of free-throws by Kinley Coggins would make the score 25-19.

Seymour missed a three-quarter court heave at the buzzer, sending the Lady Eagles to intermission with a 25-19 advantage.

Both teams remained scoreless for nearly half the third quarter, but Seymour’s Bailey McCoy would hit a layup to give the Lady Eagles a 27-19 lead, followed by another McCoy basket and a three by Kaylyn Jarvis to cap a 7-0 run and put Seymour in front 32-19 with 3:43 left in the third. 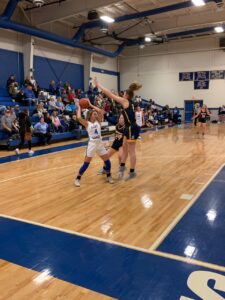 Cosby’s Alison Smith hit a layup to cut the deficit to 32-21, giving the Lady Eagles their first points of the half with just under three minutes left in the third quarter.

A Jarvis steal and layup gave Seymour a 35-21 lead with just over a minute left in the third, but Cosby’s Coggins would make back-to-back baskets to trim the lead to 35-25. A three by Jarvis with 10 seconds left sent Seymour to the fourth quarter with a 38-25 lead.

Seymour came out firing in the fourth quarter, as Brielle Turner nailed a three to increase the Lady Eagles’ lead to 41-25. A layup by McCoy put Seymour ahead by 17 with 3:43 remaining, but Cosby would pull back to within 43-31 with 1:51 left in the game.

The closest Cosby would get was 11, as Jarvis knocked down two free-throws with eight seconds remaining to give Seymour a 45-32 win.

“I think our length really bothered them,” Rodriguez said. “We did a good job of getting in passing lanes and taking away the next pass and their three-pointers — just making it hard on them.”

“Their matchup zone is really good, and they do a good job of communicating on the defensive end,” Cosby head coach Cody Lowe said. “We just weren’t getting clean looks. We came out and made three threes in the first quarter and they tightened up their defense and we had a hard time getting clean looks on them. They do a really good job on the defensive end.”