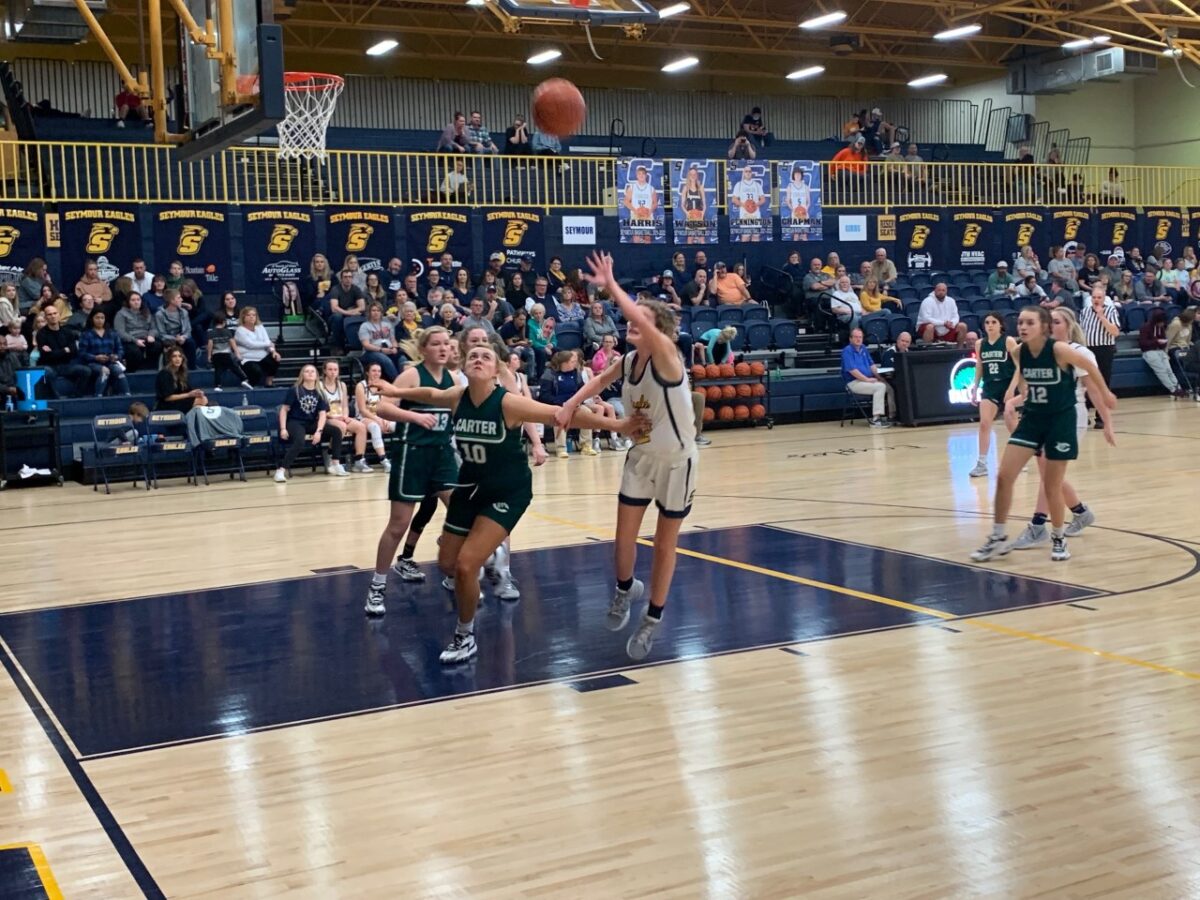 SEYMOUR – The Lady Eagles jumped out to a 23-0 lead before surrendering a basket to Carter in the teams’ district semifinal matchup on Thursday night. Seymour went on to win 56-8 and advanced to the District 3 championship on Monday night. 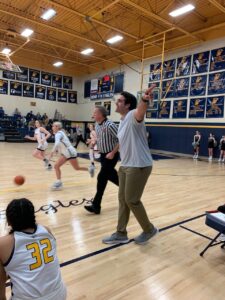 When Emma Collins banked in a three pointer with 26 seconds left in the first quarter to end the 23-0 Seymour run, it snapped an unbelievable 64-3 run against the Lady Hornets, dating back to the teams’ last matchup on January 31. The Lady Eagles ended that game on a 41-3 run.

“I thought we did a good job early, just being aggressive, physical and fast,” Seymour coach Greg Hernandez said. “I thought we used our athleticism and our activity on defense to really spur us and help us get into the half-court, where we have to run our offense. I’m just proud of their intensity and their intent to doing it right and putting themselves in that position to be successful.”

Before most fans had a chance to leave the concession stand and find their seats, Seymour was already in front 13-0. A three by Kaylyn Jarvis would increase the lead to 16-0 with 3:58 left in the first quarter.

Another three by Jarvis, followed by a floater by Emma Watson, the Lady Eagles found themselves ahead 21-0 with just over a minute left in the first quarter. A steal and layup by Jarvis would push the lead to 23-0 with 43 seconds left in the first period.

Emma Collins hemorrhaged the bleeding by Carter when she called glass from long range, making the score 23-3. A layup by Watson would give Seymour a 25-3 lead after the first quarter. 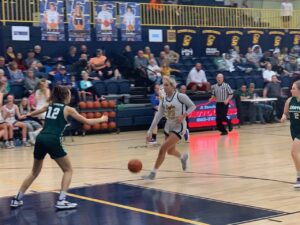 Russell was fouled on a layup attempt and converted 1-0f-2 free throws for a 39-3 lead with 46 seconds remaining in the half. Watson stole the ball with less than five seconds left and heaved up a prayer from half-court that barely missed. The Lady Eagles went to intermission with a 39-3 lead after holding Carter scoreless in the second quarter.

The teams returned to play in the second half with a running clock and Ivey Jones hit a three to open the third quarter, making the score 39-6.

Russell then made a driving layup, followed by a layup by Watson for a 43-6 lead. Sophomore Kaylen Schultz drained a three for a 46-6 lead with 3:41 left in the third.

Freshman Chloe McCoy drove the lane and made a layup to put the Lady Eagles ahead 48-6 after three quarters.

McCoy made another layup early in the fourth quarter, giving Seymour a 52-7 lead, followed by layups by Navaeh Sawyer and Kelsey Cruz for a 56-7 advantage.

Ava McSwain scored the final point of the game, as the sophomore went 1-of-2 from the line, making the final score 56-8.

“I was worried because we were kind of — not lackadaisical — but we were really relaxed and loose during shootaround today,” Hernandez said. “I didn’t want to just go through, and it be a slop-fest and I told them that. I guess I read the room a little bit wrong, and they surprised me with their effort and their intensity today.” 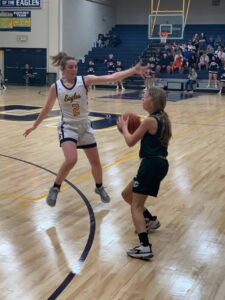 Seymour was very balanced in scoring, as Emma Watson led all scorers with 11, while Kaylyn Jarvis and Bailey McCoy each finished with 10. Kelsey Cruz added six points.

The Lady Eagles won both regular season games against Northview this season and will now be forced to beat the Lady Cougars a third time.

The stage is set for Monday night in Seymour.