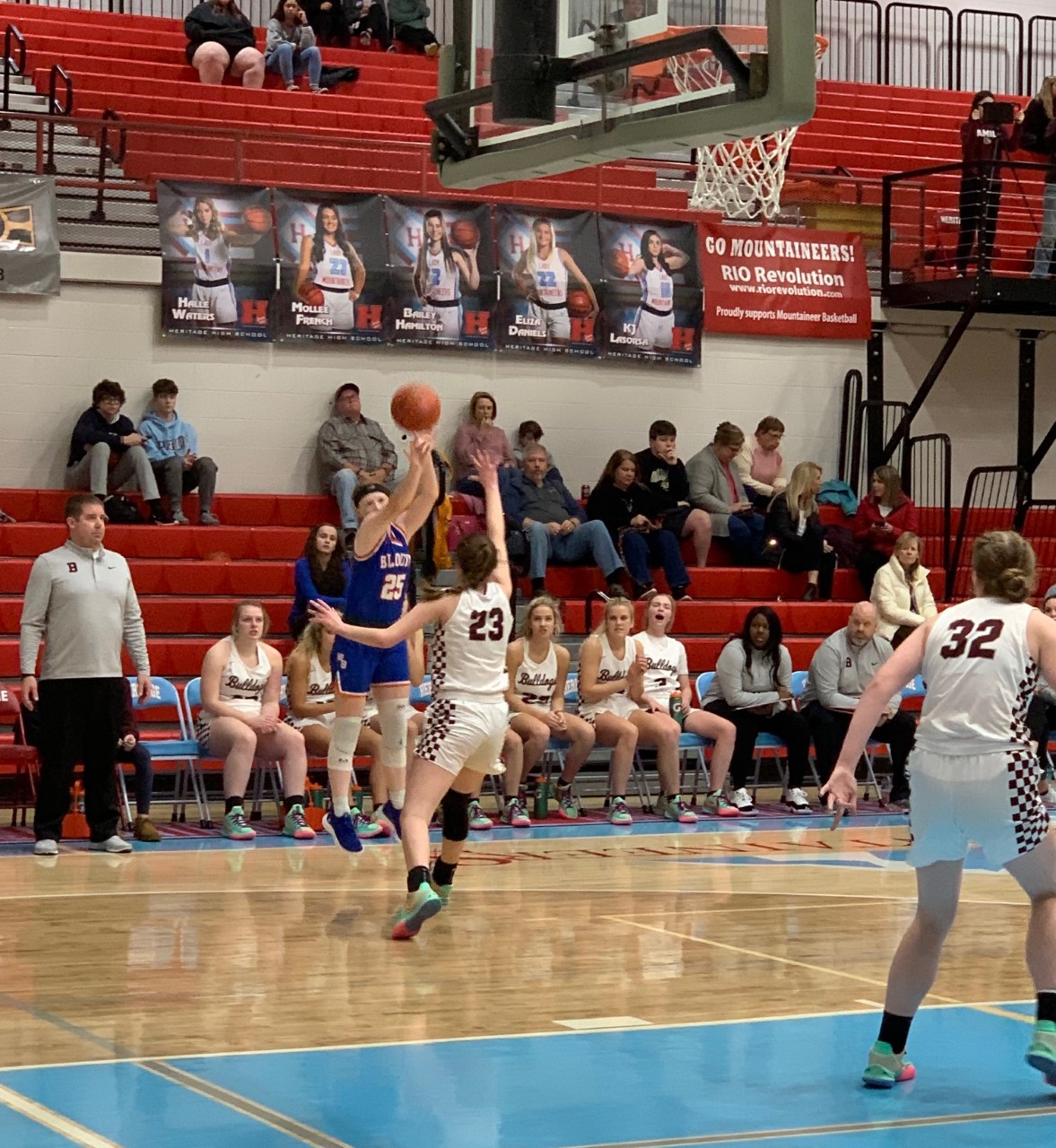 MARYVILLE – William Blount hung with Bearden for the first two minutes in Friday’s Class 4A District 4 semifinal, but the Lady Bulldogs enforced their will in the first quarter, turning a 5-5 tie into a 21-5 lead and the rest was history, as Bearden advanced to the district championship game on Monday night. 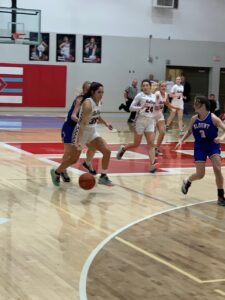 “It’s just of those things where I felt like we had some clean looks and had some good looks and they don’t go down and they’re off to the races,” William Blount coach Jason Kallenberg said. “I told the kids at halftime — in the locker room — that I felt like we just didn’t defend very well. I really wasn’t too frustrated with our shot selection, because I thought we got some clean looks, but we just didn’t shoot it well enough tonight.”

Bearden opened up the scoring with a three by Emily Gonzalez, but William Blount’s Chloe Russell went right at 6-3 Lady Bulldogs’ center Avery Treadwell on the next trip down the court and scored to make cut the Bearden lead to 3-2.

Bailey Burgess would hit a layup on the next Lady Bulldog possession, but Haylee Dunmoyer banked a three for the Lady Governors to tie the game at 5-5 with 6:29 left in the first quarter.

Maddie Brillhart made a basket on Bearden’s next possession, followed by a jumper by Gonzalez to give the Lady Bulldogs a 9-5 lead with 5:42 left.

Treadwell got her first points of the game on Bearden’s next possession, giving the Lady Bulldogs an 11-5 lead and forcing Kallenberg to take a timeout with 5:16 left in the first period.

Bearden went on a fast break out of the timeout and Treadwell scored on a layup for a 13-5 lead. Jennifer Sullivan then grabbed a steal and went the other way for a basket and foul — missing the free throw — and giving the Lady Bulldogs a 17-5 lead.

Two more layups by Sullivan would put Bearden ahead 21-5 with just under two minutes remaining in the quarter. Both teams came up empty on their last two possessions, as the Lady Bulldogs finished the quarter on a 16-0 run and leading 21-5.

Gonzalez found Treadwell under the goal on the next Bearden possession, as the senior center missed the first layup, but snagged her own rebound and put it back in for a 23-5 lead. 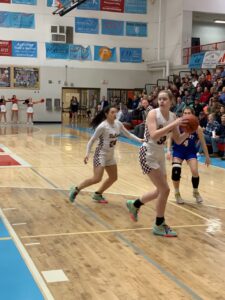 McKenna Myers scored on a layup and was fouled on the other end, as William Blount snapped an 18-0 Lady Bulldogs’ run. The senior made the conventional 3-point play, cutting the Lady Govs’ deficit to 23-8.

Brillhart converted two free throws on the other end, making the score 25-8, but William Blount’s Chloe Russell answered with a 3-pointer to make the score 25-11.

Burgess hit a jumper to give Bearden a 31-12 lead with 3:34 left, but Russell was injured on the next possession and did not return to the game.

A long Treadwell jumper, followed by an easy lay-in would put the Bulldogs ahead 35-14 with 2:21 left before halftime.

Bearden would go to halftime on an 8-0 run, as Sullivan made a long two, followed by a driving layup by Gonzalez. Charlise Scarlett missed a shot at the buzzer for William Blount, sending the Lady Governors to intermission trailing 39-14.

Faith Cooper was fouled on William Blount’s first possession of the third quarter and split the pair of free throws to make the score 39-15, but Gonzalez would get fouled and convert a 3-point play on the other end to give Bearden a 42-15 lead.

Myers made a layup for the William Blount, cutting the Lady Govs’ deficit to 44-19 with just under five minutes left in the third, but a three by Brillhart would stretch the Bearden lead to 47-19.

Two consecutive layups by Gonzalez would give Bearden a 51-19 advantage with 2:04 left in the third quarter.

A William Blount 3-pointer would make the score 51-22, but a Burgess layup and three would put the Lady Bulldogs ahead 58-22 at the end of the third quarter.

Bearden brought its reserves in throughout the fourth quarter with a running clock and Hannah Claire Stephens drained a three to open the final period, making the score 61-22. A three by Myers snapped a 12-0 Bearden run and cut the Lady Govs’ deficit to 63-25 with 5:08 remaining. 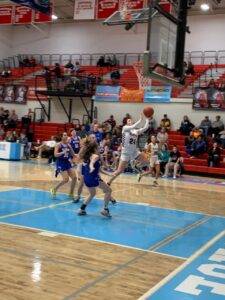 Bearden’s Jennifer Sullivan (24) gets past the Lady Govs’ defense for a layup during the Lady Bulldogs’ 68-28 semifinal win. Photo by Brian Hamilton

Lindsay Wilson hit a three for the Lady Bulldogs, followed by a jumper by Amanda Parker with 11 seconds remaining, as Bearden came away with a 68-28 semifinal win over William Blount.

While the Lady Govs were at an extreme size advantage, Kallenberg said it was imperative to take the ball to the basket throughout the game.

“Defensively, we just tried to stick to our principles,” Kallenberg said. “Offensively, I just told the girls that I’m okay with shooting threes, as long as we are getting paint touches. We’ve gotta make them collapse a little bit because they’re so long in their zone and they’re so good at it that you’ve gotta make them collapse a little bit to make those looks a little cleaner. We also can’t go, ‘they’ve got 6-4 down there and 6-1 and just not go at them at all.’ We have to get them to at least step up a little bit on dribble penetration and maybe get some dump offs and at least some cleaner looks on the perimeter. I still think you’ve gotta go at them some.”

Emily Gonzalez led all scorers with 18 points, while Jennifer Sullivan finished with 12 and Avery Treadwell added 10. Bailey Burgess and Maddie Brillhart each finished with nine apiece.

McKenna Myers led William Blount with nine points, while Chloe Russell finished with five before leaving the game with an injury.