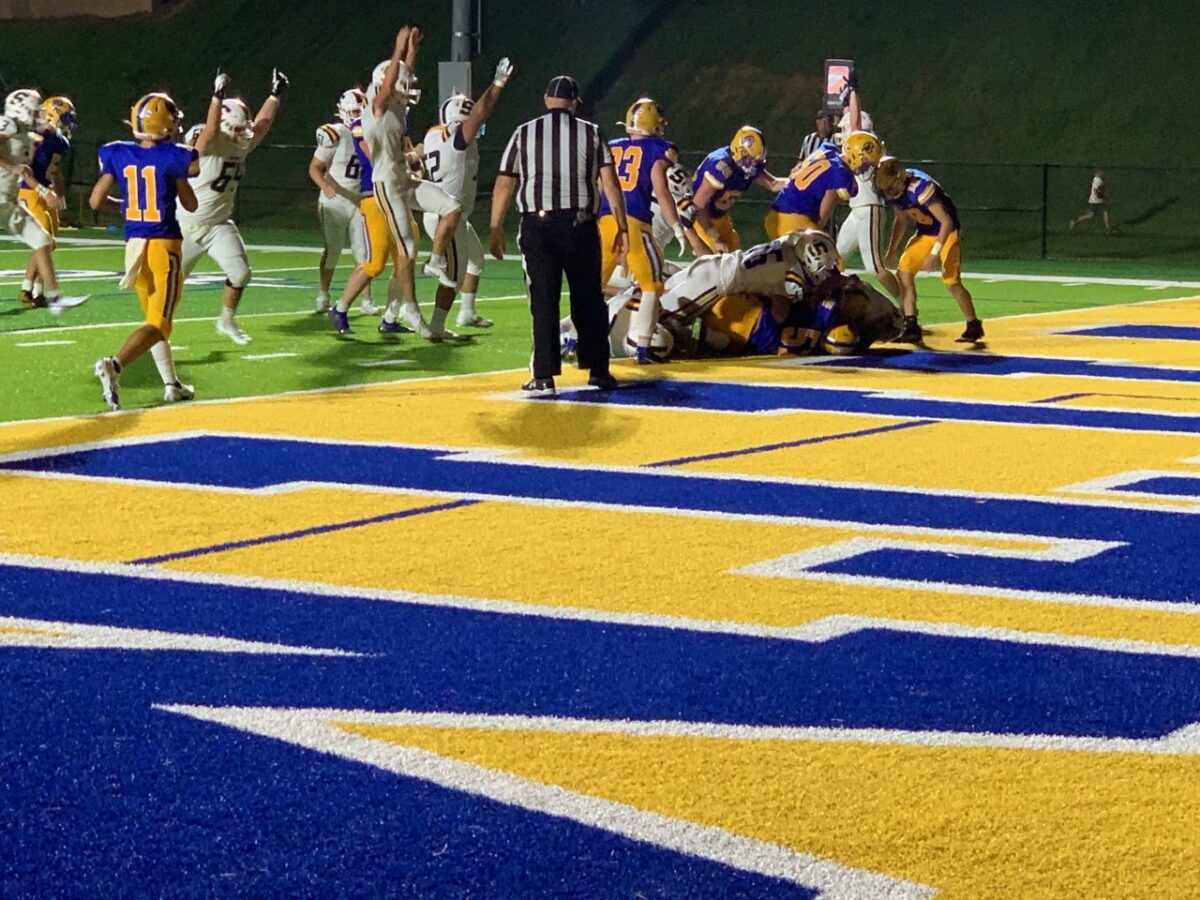 GATLINBURG – The Seymour Eagles went winless in 2020, but snapped an 11-game losing streak, dating back to 2019, with a 14-13 overtime win against cross-county rival Gatlinburg-Pittman. It was ultimately a Wesley Zamoni extra-point, pushed back 10 yards due to penalty, that won the game.

“Our word all week has been belief,” Seymour head coach Scott Branton said. “Our kids never lost the sight of belief. Last year was a learning experience. It was a tough year for everybody — not just football, but with everything going on in the lives of people with the pandemic. It was just hard, but a lot of these kids were here last year. The first year they were here we went 5-5 in a very tough 5A region and last year, it didn’t go so well, so they saw the best times and the worst times. It goes back to belief.”

Running back Brendon Harris ran for over 100 yards on the night and scored two touchdowns, including the de facto game-winner in overtime. The senior was excited to get his final season off on the right foot.

“We made a statement,” Harris said. “We’re motivated and this year we’re different.”

Both teams traded punts in the first quarter until Gatlinburg-Pittman’s Whit Whaley intercepted a pass with 4:58 remaining in the period. The Highlanders then drove the ball to the Seymour 35 before turning it over on downs, giving the ball back to the Eagles.

Seymour capitalized on the Gatlinburg mistake, using a big pass play to set up the first Harris touchdown for a 7-0 lead on the final play of the first quarter.

Just three minutes into the second quarter, the Eagles looked poised to take a two touchdown lead when receiver Landon Beeler fumbled at the 3-yard line while fighting for the end zone. The Highlanders recovered the fumble.

Gatlinburg punted the ball on the next possession, but on the next Seymour possession, the Highlanders’ Jacob Ferguson intercepted a pass and returned it for a pick six, tying the score at 7-7 with four minutes remaining in the first half. 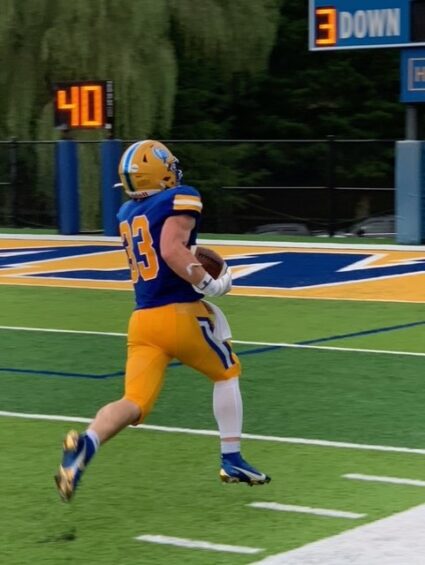 Gatlinburg-Pittman’s Jacob Ferguson returns an interception for a score in the second quarter.
Photo by Brian Hamilton

Neither team scored in the second half, but Gatlinburg penetrated into Seymour territory twice late in the game, but came away with two missed field goals.

Aiden Jeanette missed a 46 yarder with 4:27 left in the game, but the Highlanders forced the Eagles to punt the ball to midfield.

Houston Byrd caught a slant on the second play of the drive and took it 20 yards to the Seymour 29-yard line. After an incompletion on 3rd-and-4 from the 22, Jeannette lined up for a 39-yard field goal.

This one looked good, but just sailed outside of the goalposts, leaving the game knotted at 7-7 with just 29 seconds to play.

“It’s definitely in his range,” Gatlinburg-Pittman head coach Brad Waggoner said of Jeanette. “He definitely had the range on that second one, but it was just a little bit wide left.”

Harris reeled off a 21-yard run to midfield with 20 seconds left, but the clock ran out on the Eagles, sending the game to overtime.

Early in the first overtime, tight end Reese Cole missed a wide open touchdown catch that would have given the Highlanders the lead. Two plays later, quarterback Brady Hammonds went back to Cole, this time with two defenders draped all over him. The senior made the touchdown grab and Gatlinburg took a 13-7 lead in the extra session. Jeanette had the extra-point blocked.

On the next drive, Seymour rode Harris, who scored from five yards out to put the Eagles an extra-point away from victory. The first try by Zamoni was no good, but a penalty on the Highlanders gave him another chance. The second kick was good, but there was a penalty on Seymour, moving the ball back 10 yards for the winning kick.

From 28 yards out, Zamoni booted the kick through the uprights and the celebration began for the Eagles. As the old saying goes, the third time’s a charm.

“It was nerve wracking,” Branton said of the three extra-point attempts. “After the first one, where they got the penalty, we said, ‘no, just kick it’, but then the second one goes in and then it blows dead and now we’re backed up. We’re going to kick it. You’ve got to have faith in your kicker. He’s a senior and it never fazed him. He just kept kicking.”

Gatlinburg-Pittman wide receiver and defensive back Carlos Orr was injured in the first quarter and did not return to action. Waggoner said there is no timetable for Orr’s return as of Thursday night.

“Carlos will be out for a while,” the first-year coach said after the game.

Seymour (1-0) will host Cherokee next week, while Gatlinburg-Pittman (0-1) will travel to Alcoa to face a familiar foe in Class 3A District 2. The Tornadoes ended the Highlanders’ 2020 season with a 49-13 shellacking in the third round of the playoffs.