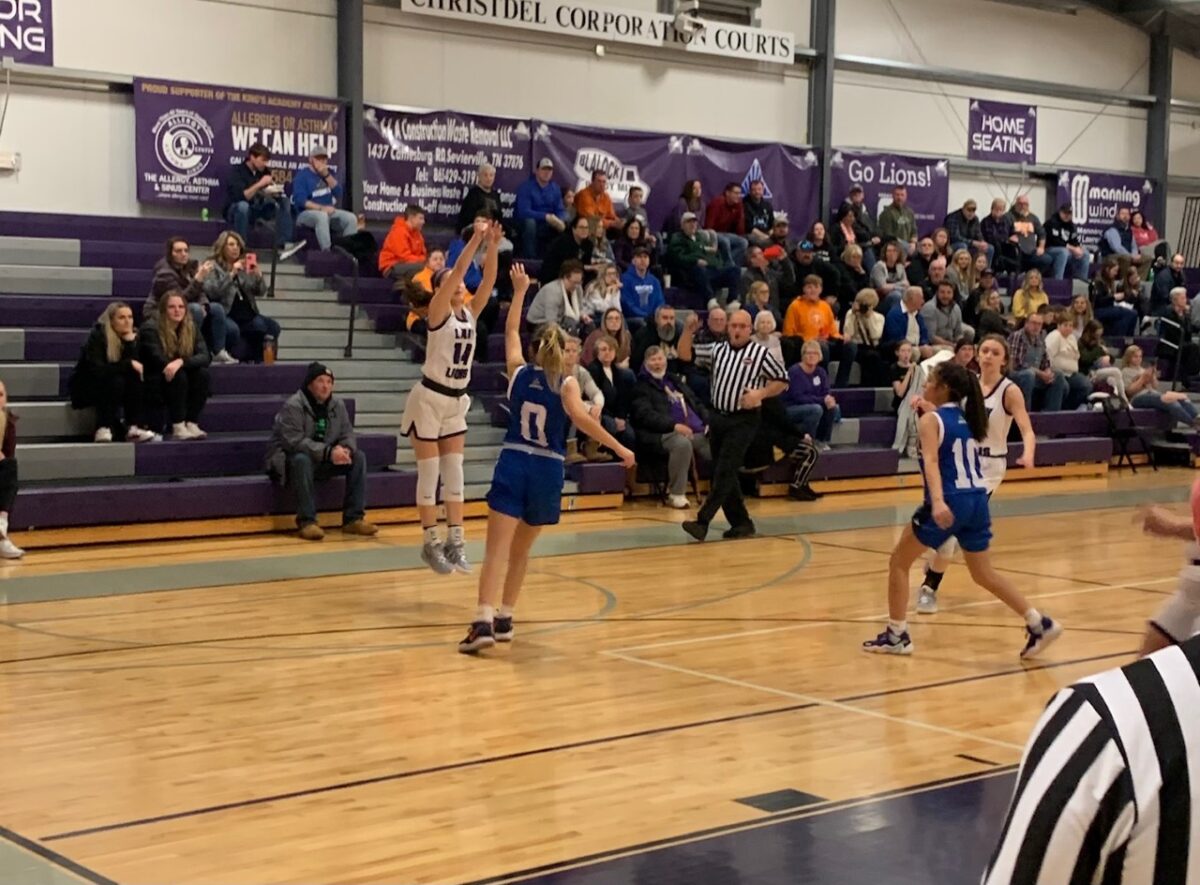 SEYMOUR – The Lady Lions welcomed Knoxville Christian to their home court on Friday night — a night that many local games were postponed due to the threat of winter weather — and the Lady Knights probably wished this contest was postponed, as TKA jumped out to a 29-7 first quarter lead, en route to an 87-18 win.

Juleigh Anne Tucker (14) drives for a layup during the Lady Lions’ 87-18 win over Knoxville Christian. Photo by Brian Hamilton

Junior Juleigh Anne Tucker paced the Lady Lions in the first quarter with 19 points, finishing with a game-high 26.

“She’s one of the ones that we try to go to early and get going early,” TKA head coach Dante Turnipseed said. “She shoots the three really well. Her biggest thing is being consistent. We need that throughout the season, every single game, but she’s one of our go-to scorers. We see it every day in practice, so we try to get her going early.”

The King’s Academy took an early 5-0 lead before Knoxville Christian’s Zoei Barnett hit a basket to make the score 5-2 with 6:11 left in the first quarter.

Juleigh Anne Tucker hit a three on the next possession, increasing the lead to 8-2, followed by a Brady Branam lay-in to give TKA a 10-2 lead with just over five minutes left in the first. 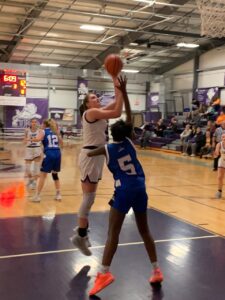 Tucker made a basket in the paint, followed by a Kimberly Haywood three for a 48-9 lead with 1:37 before halftime. Leah Thornton went coast to coast for a layup to give TKA a 50-10 lead and Barnett was injured on the play, leaving Knoxville Christian with only six players.

Another fast break layup by Haywood sent the Lady Lions to intermission leading 52-11.

Branam opened the third quarter with a bucket to put TKA up 54-11 and another three and layup by Tucker would increase the Lady Lions’ lead to 59-12. Branham would later convert a three-point play to make the score 65-14 with just over four minutes left in the third.

A McKenna Monger layup, followed by a Tiana Branam basket and a Cassie George three put TKA in front 72-15 after three quarters.

Monger scored three consecutive baskets to open the fourth quarter to put the Lady Lions ahead 82-15 before Knoxville Christian’s Rylee Bolling converted an old-fashioned three-point play to make the score 82-18 with just over one minute remaining. 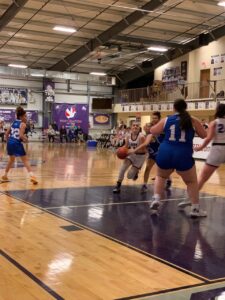 Thornton nailed a three with 19 seconds left, followed by a steal and layup by Brady Branam, giving TKA a convincing 69-point win.

“Usually, Brady and McKenna play beside each other and we try to play them together,” Turnipseed said. “We’ve got a lot of post presence, and when we get the post going and get the three going, they have to step out and throw it in the post and they make pretty good post moves, so we try to play an inside-out game. When we get going on the outside first, I don’t have a problem with that either.”

Rylee Bolling led Knoxville Chrisitan with seven points, while Zoei Barnett added six before leaving the game with an injury.

The King’s Academy will travel to Lakeway Christian on Monday night to face the top-ranked Lady Lions (23-3).