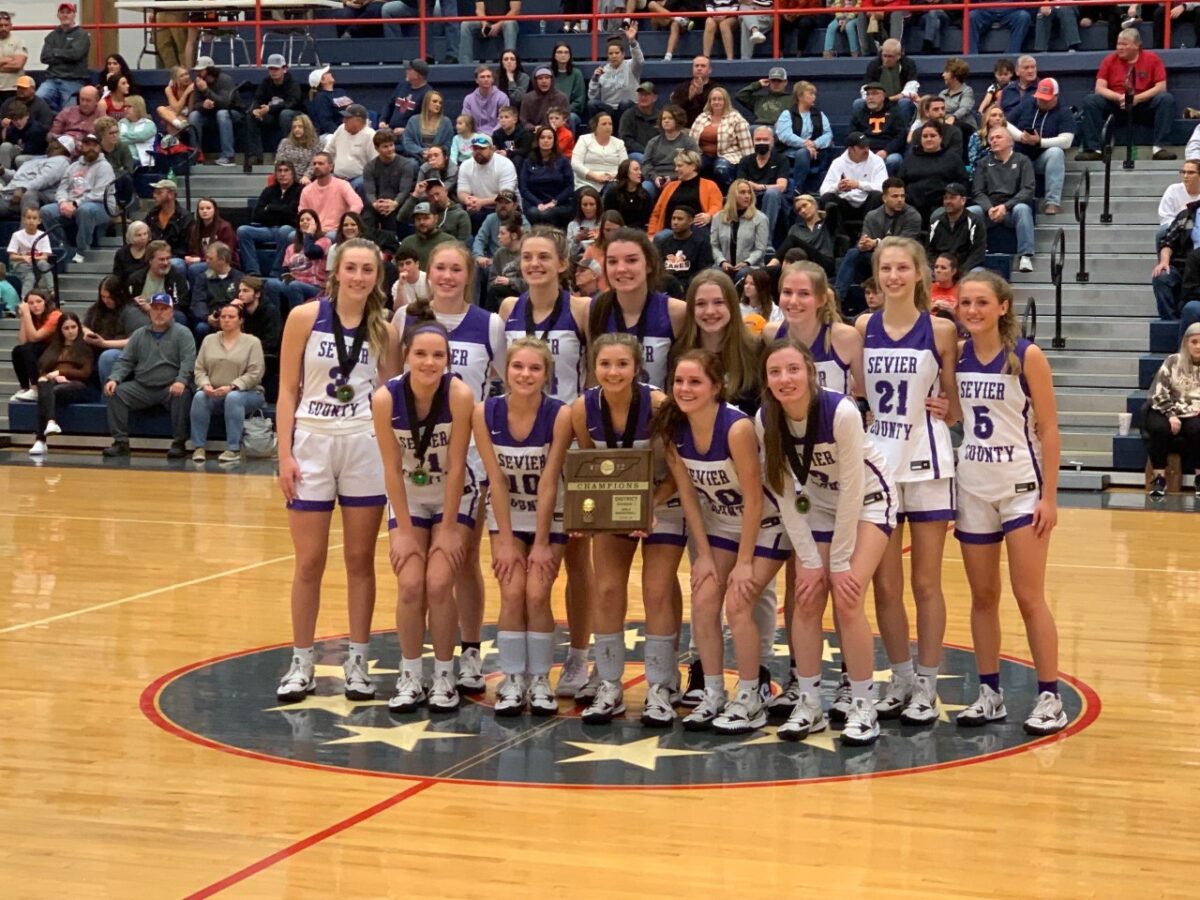 DANDRIDGE – Sevier County took an early 19-2 lead over Jefferson County and never looked back, as the Bearettes defeated the Lady Patriots 57-34 in the Class 4A District 2 title game Saturday night. The championship was Sevier County’s second straight, one year after replacing all five starters to graduation. 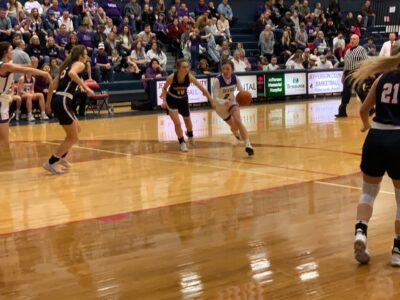 “We talked about it today during our pregame; when we start fast, we tend to win,” Sevier County coach Jonathan Schultz said after the game. “On Monday night, when we played here, we didn’t play a great game and I just thought we got outworked, so we had us a pretty tough practice to make sure we understand that we’re not a team that can just go out-talent people every night.”

It was also the third consecutive district championship matchup between Sevier County and Jefferson County, with Sevier winning the last two. The Bearettes traveled to Dandridge on Valentine’s Day and went home with a 44-41 loss to the Lady Patriots. That game was certainly on Sevier County’s mind in the championship game.

“We definitely wanted to show that we were better than what we played on Monday,” Schultz said. “We played pretty well in district play, up until that night. I mean, hats off to Jeff County. They’re a good team and they exposed what we can do if we don’t show up and play our best. It was probably good. You hate every loss, but it might have been a good thing, because it sorta refocused us and humbled us a little bit and got us where we needed to be to win the tournament.”

Sevier County and Jefferson County were tied at 2-2 when Hailey Williams went to the line and sank two free throws for a 4-2 lead with just under five minutes remaining in the first quarter.

A 3-pointer by Natali Schultz put Sevier County up 7-2 and a layup by Cybil Penland put the Bearettes in front 11-2 with 1:22 left in the first.

A running scoop shot by Schultz would give Sevier County a 13-2 lead, as the Bearettes ended the first quarter on an 11-0 run.

Two free throws by Emma Fowler gave Sevier County a 15-2 lead, stretching the run to 13-0 with 7:23 left in the second quarter.

Jefferson County’s Kali McMahan was fouled on a jumper the next trip down and converted 1-of-2 free throws, making the score 15-3. The Lady Patriots would grab a rebound on the miss, but turned the ball over out of bounds to Sevier County. 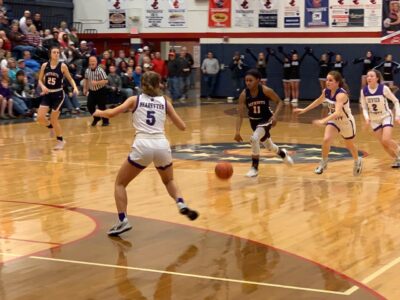 “When you get behind against them, they’re really good at keeping control,” Jefferson County coach Jeremy Byrd said. “They’re a really good team when they get to control and can play relaxed, and they showed that tonight. They jumped out to that early lead, and we had to play pedal to the metal, for a lack of better words, for the whole night, tonight after that first quarter. That put us at a disadvantage, obviously. I think it was more about what Sevier did, not what we did.”

A three by Kinley Loveday stretched the Sevier County lead to 22-6, but a McMahan jumper would cut the Bearettes’ lead to 22-8. Penland would follow up with a jumper of her own to give Sevier a 26-8 with 1:29 left in the half.

Sevier County’s Jadyn Sharp was fouled on her way to the basket with one second left, making 1-of-2 free throws to send the Bearettes to half with a 27-11 lead.

A Sharp layup would give Sevier County a 31-14 lead in the third quarter, but McMahan would hit a long two on the other end to cut the deficit to 31-16 with 6:24 left in the quarter.

A three by Brooke Satterfield would cut the Jefferson County deficit to 31-19 with 5:02 left, as the Lady Patriots had outscored Sevier County 17-12 since trailing 19-2.

When the Bearettes needed a spark and leader Hailey Williams in foul trouble, freshman center Jayden Sharp was there to provide it, as she made a layup to give Sevier County a 34-21 lead.

McMahan then drained a three to cut the Bearettes’ lead to 10, at 34-24. Sharp would get fouled on a layup, but miss the free throw, giving Sevier County a 36-24 lead. The freshman then followed with a rebound and a layup to stretch the lead to 38-24.

Schultz was fouled at the end of the third and converted both free throw attempts to send the Bearettes to the fourth quarter with a 40-27 lead.

Jefferson County’s Kamry Bolin injured her leg early in the fourth quarter and would not be able to return to the game.

Schultz made a layup to increase the Sevier County lead to 42-27 with just under seven minutes left. 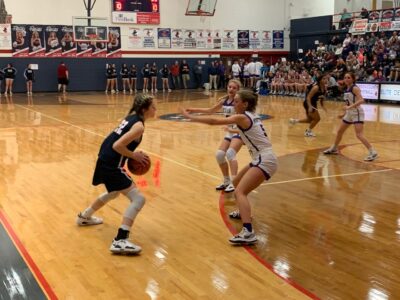 Another Lady Patriot went down on the next possession, as Zoie Denton injured her leg, but was able to walk off the court gingerly.

Two free throws by Tia Faulconer stretched the Bearettes’ lead to 55-30 with 1:20 left and Madison Barnes hit two foul shots with 30 seconds left to give Sevier County a 57-34 win in the Class 4A District 2 championship.

“Jayden did a really good job and when Jayden got in foul trouble, our sophomore post Madison Barnes came in there in the fourth quarter and gave us some good minutes,” Schultz said of his freshman center. “On the offensive end, they can be hit or miss, but defensively, they’re pretty solid ball players.”