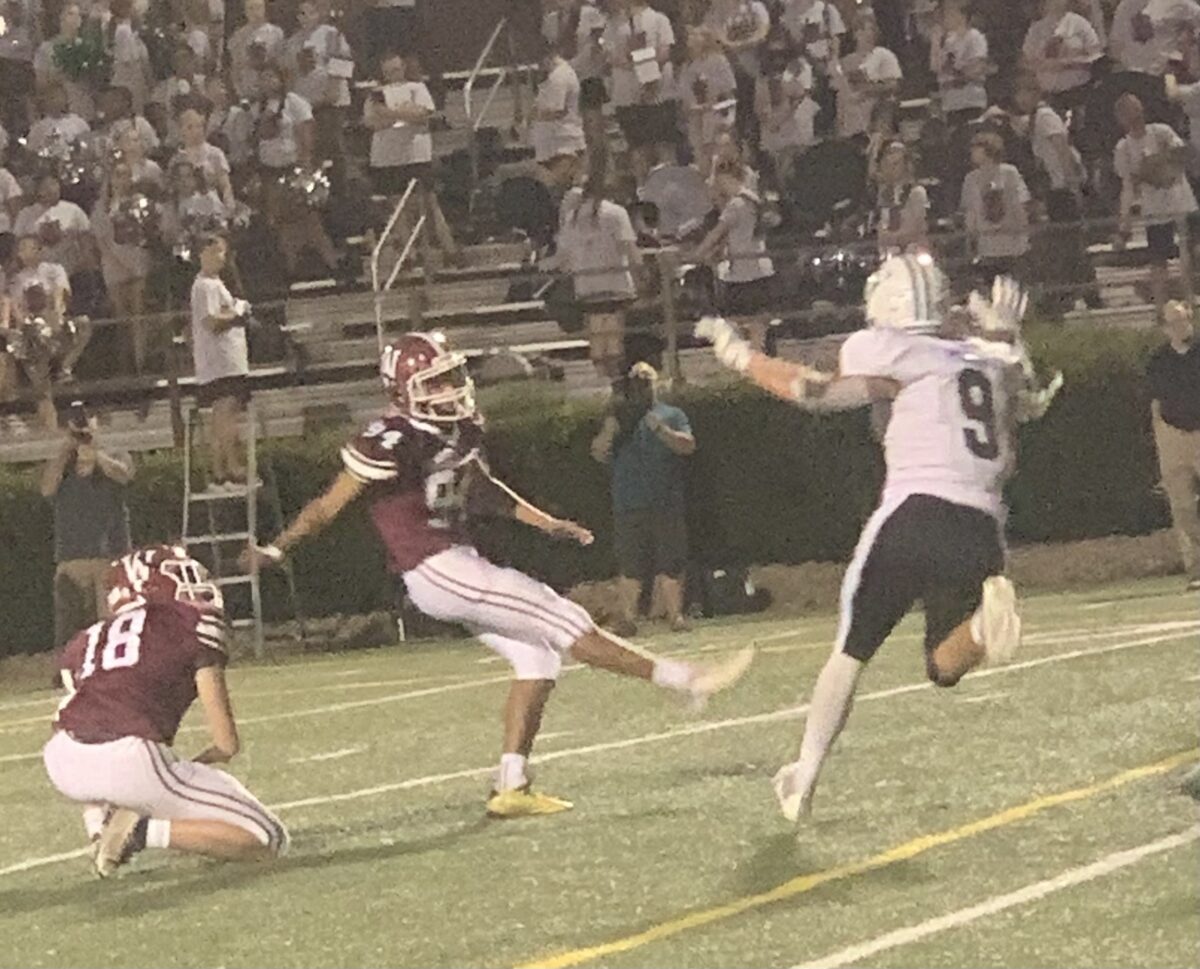 The stands were packed to watch Morristown West take on Greeneville Friday night. The two teams put on a classic down the gridiron, but Greeneville left the field with a 28-21 win over the Trojans. The loss dropped the Trojans to 3-1 as they now prepare for Daniel Boone on the road next week.

The game started off fast for both teams, a total of 21 points were scored in the first two minutes of the game. 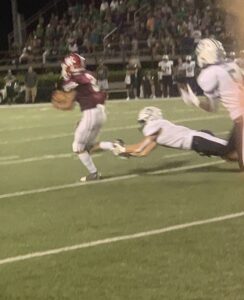 On the first offensive play from scrimmage, Greeneville’s QB Brady Quillen was sacked by Morristown West’s Landon Howard and recovered by a teammate on the Greeneville 20-yard line. Two plays later, Trojan Tison Johnson ran the ball 19 yards for the score and a 7-0 lead with 11:09 left in the first quarter.

The next two touchdowns were from back-to-back kickoffs returned for TD’s. Greeneville’s Adjatay Dabbs returned the Trojan kickoff 78 yards for a score to tie the game at 7-7 with 10:54 left in the first quarter. Then Morristown West’s Zayland Frias returned the Devli’s kickoff return for a TD, just 16 seconds later. Trojans again take the lead making it 14-7.

A few drives later, Greeneville tied it up at 14 point a piece as Carson Quillen caught a 33-yard pass, Zaydyn Anderson caught a 14 yard pass, Damien Short made a 7-yard run and then Adjatay Dabbs ran it in from 5 yards out to tie the game.

Both teams would go into halftime with 14 points on the board.

It was a slower start in the second half. With about 3 minutes left in the third quarter, Morristown West’s Tory House sacked Greeneville’s QB to end a Devil drive and set up the Trojan’s next points. 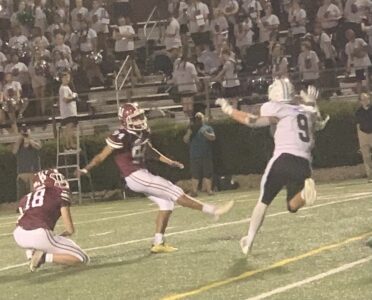 From their own 8-yard line, Morristown West started the drive that would see Tison Johnson run the ball a total of five times, including a 25-yard dash. Zayland Frias also carried the ball for 12 yards. Johnson then followed up with the last two of his five carries with runs of 9 yards and a 1-yard touchdown. With the point-after (pictured), Morristown West was up 21-14 with 11:08 left on the clock.

Greeneville wasn’t done yet. They came back to tie the game on their next drive. Jayquan Price ran the ball for 11 yards. Then the Green Devils completed a 60-yard TD pass only to have it negated by a penalty. Undeterred, Greeneville continued the drive another 70 yards to the end zone. Price caught a 34-yard pass and then Brady Quillen caught a 20-yard TD pass to tie the game up with 7:35 left to play.

On their next possession, Greeneville’s Mason Laws caught a 40-yard TD catch with 2:51 left to give Greeneville the 28-21 lead and, ultimately, the win.

After the game, Morristown West head coach Alvin Sanders said, “We had a chance to win. We have to learn how to close out some games and so forth to beat a team of Greeneville’s pedigree. I am extremely proud of this group tonight.

“Day in and day out, I challenge these guys to get better. That is how we have done it all summer and each day in practice. I am proud of our coaches and how they have taught these kids how to be in these types of games. Now we need to keep working, keep going, and clean up some little, small miscues here and there and then we will be okay.”