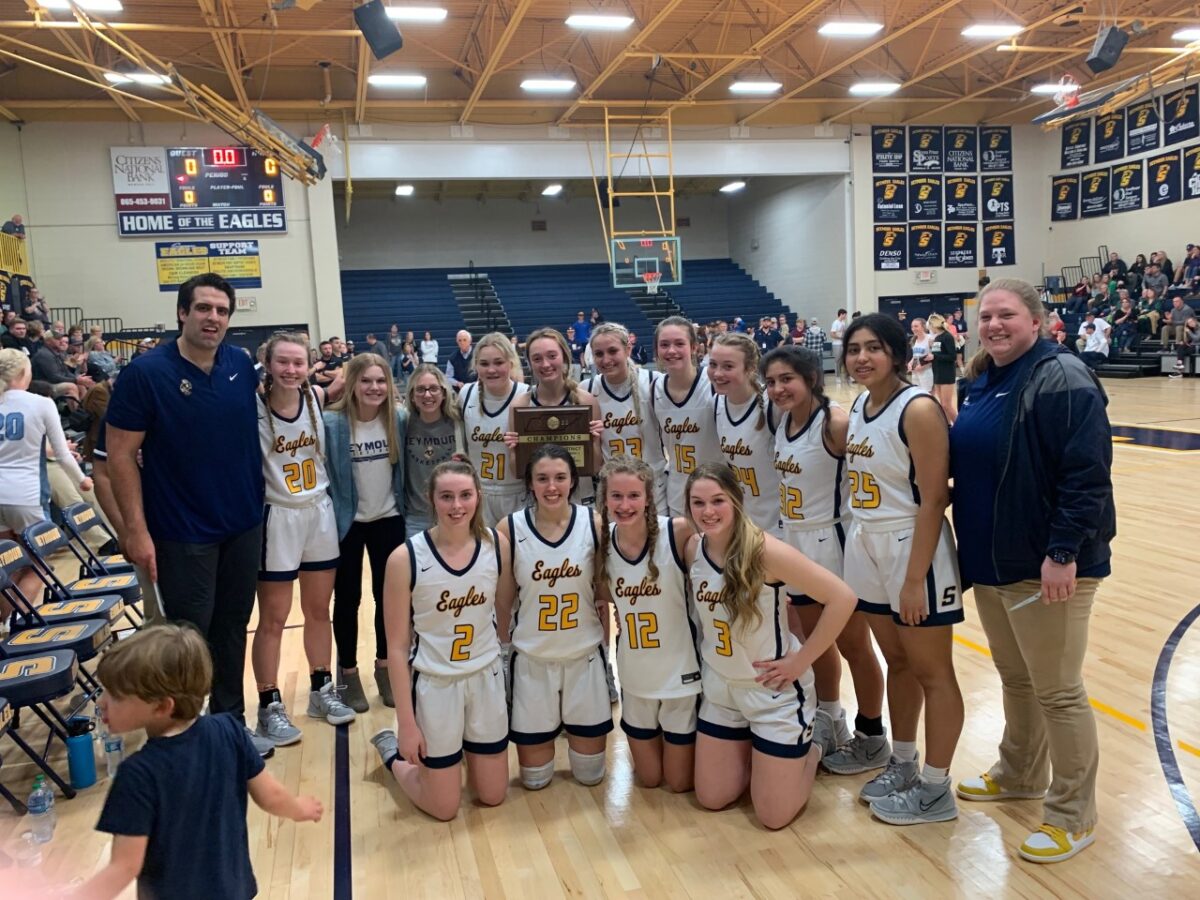 SEYMOUR – It was a game of runs, as each team came out and traded punches in the third quarter, as Northview Academy responded to a 7-0 Seymour run with a 10-0 run of their own. The Lady Eagles dealt the final blow, however, as Seymour held the Lady Eagles scoreless for most of the fourth quarter en route to a 47-39 win and their first district championship since 2008. 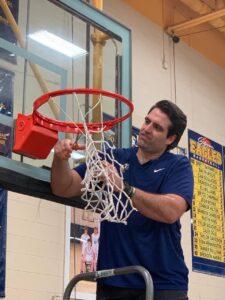 Seymour head coach Greg Hernandez was a sophomore center for Maryville College the last time the Lady Eagles won a district championship. Seymour defeated Gibbs 49-45 for the Class 2A District 3 crown 14 years ago.

“When I took this over four years ago, we were struggling to compete and we were struggling to win basketball games,” Seymour head coach Hernandez said after the game. “For us to be in the position where we are right now, it’s something we’ve been working for and something we’ve been striving for. For us to accomplish one of our goals for this year is huge.”

Northview took an early 2-0 lead before Emma Watson split a pair of free throws to make the score 2-1. After a steal and layup attempt, Watson was sent to the line and missed both free throws this trip, as Seymour continued to trail 2-1.

A layup by Watson would tie the game at 3-3 with 5:12 left in the first quarter, but Northview Academy’s Josie Horner responded with a layup for a 5-3 lead.

Watson was fouled on the other end and again missed both free throws, but Kaylyn Jarvis then nailed a three to give the Lady Eagles a 6-5 lead with 2:28 left in the quarter.

Northview’s Savannah Bates hit a jumper with 1:27 left to regain the lead 7-6, but a three by Caiden Russell put Seymour back ahead 9-7.

Bates was fouled on a buzzer-beating shot with no time left on the clock. The sophomore went to the line and sank 2-of-3 free throws to give Northview Academy a 13-11 advantage after a back-and-forth first quarter.

Seymour’s Bailey McCoy was fouled to start the second quarter and made both shots from the charity stripe to tie the game at 13-13. McCoy would then score a basket to put the Lady Eagles in front 15-13.

A layup by Bates would tie the game at 15-15 and a layup by Sarah Charkosky gave the Lady Cougars a 17-15 advantage with 4:40 left in the second quarter.

Bates would catch a long pass off a Seymour miss and lay it in for a 19-15 Northview Academy lead, capping a 6-0 run for the Lady Cougars.

Jarvis scored off a steal by Kaylen Schultz to make the score 19-17 with 3:32 left in the first half, but Northview would push the lead back to 21-17.

A drive and layup by Russell made the score 21-19, followed by a Jarvis rebound and layup off a missed 3-pointer, tying the game at 21-21 with under two minutes remaining.

Seymour would retake the lead 22-21 after Jarvis split a pair of free throws, but the lead would be short-lived, as Bates drained a three on the other end to give Northview a 24-22 lead with 22 seconds left in the half.

The Lady Cougars gained possession of the ball again with a couple seconds remaining, but Charkosky missed a three at the buzzer, sending Northview Academy to halftime with a 24-22 lead.

Seymour would come out hot in the third quarter, going on a 7-0 run to take a 29-24 lead. A long jumper by Reagan Brown would end the Lady Cougars’ drought, making the score 29-26 with 3:06 left in the third.

Bates sank two free throws to pull Northview to within one, at 29-28, followed by a three by Brown, which gave the Lady Cougars a 31-29 lead. 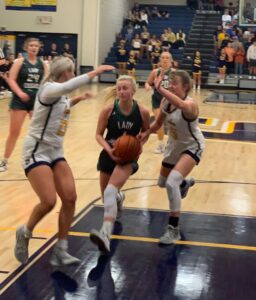 Brown drained another three, putting Northview ahead 34-29, as the Lady Cougars answered Seymour’s 7-0 run with a 10-0 run of their own.

Northview Academy would go to the fourth quarter holding a 34-31 lead.

“We were just trying to figure it out,” Hernandez said of his team’s play early. “We were playing them for the third time, a county rival, for a district championship. I knew that we just needed to ride the storm and when you’re able to ride the storm…I’m just proud of them. We’re not done yet.”

A jump shot by Russell put the Lady Eagles ahead 36-34, followed by two free throws by Watson to increase the Seymour lead to 38-34. The senior guard was just 1-of-6 from the line before calmly sinking the two foul shots.

Russell was fouled and knocked down both free throws to give the Lady Eagles a 40-34 lead, capping a 9-0 run to open the fourth quarter.

Leny Torres hit a pair of free throws on the other end to trim the Seymour lead to 40-36, giving Northview its first points of the fourth quarter with only 1:26 remaining.

Watson was fouled on the other end and again sank both free throws for a 42-36 Seymour lead with just over a minute remaining.

Jordan White missed the front end of a 1-and-1 on the next Northview possession and McCoy made two free throws to make the score 44-36 with 46 seconds remaining.

McCoy would sink two more free throws in the waning seconds to put the Lady Eagles ahead 47-37, en route to a 47-39 win and the district championship.

“Honestly, I was very confident, and I was excited,” McCoy said after going 5-of-6 from the free throw line down the stretch. “I was glad it was me. I wanted to be in that situation, and I just knew I was going to go up there and make them.”

Seymour’s Caiden Russell (23) shoots a jumper during the Lady Eagles’ 47-39 win over Northview Academy in the Class 3A District 3 championship. Photo by Brian Hamilton

Northview Academy coach Brooke Shelley was disappointed in her team’s execution in the fourth quarter, as the Lady Cougars were held scoreless for most of the final quarter and did not score a field goal until their last basket, when the game was already decided.

“We came out and we won the first three quarters,” Shelley said. “We just didn’t finish tonight. Again, the players have not been in this situation. You know, we graduated five last year, but at this point, we can’t keep saying we’re young and we can’t keep saying we’re inexperienced. At this point, we are experienced. They’ve played all year and we’ve just got to be able to finish the game. We put ourselves in a great position and we don’t hit a field goal in the fourth quarter until there’s two seconds to go because they basically just give it to us. We’ve got to be ready to finish the game.”

Bailey McCoy led Seymour with 12 points, with eight coming in the fourth quarter, helping Seymour seal the win. The junior guard would win tournament MVP honors for her efforts.

“It feels great, but I couldn’t have done it without my team, obviously,” McCoy said of winning tournament MVP. “I don’t think that I deserve it more than any of the others because I feel like we all worked together. We’re just a big unit. It feels great (to win district for the first time in 14 years). I’m just so proud of everybody on this team. It feels amazing.”