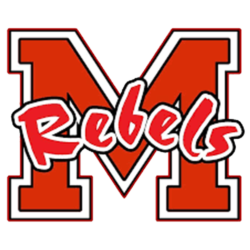 MARYVILLE – Maryville kicked off the 2021 season with a bang on Friday night, as the Rebels scored early and often during a 49-0 route of Heritage.

The scoring began with 7:58 left in the first quarter when Carson Jones found Jackson Phillips for an 11-yard touchdown, the first of five consecutive possessions the Rebels would score on.

Next Maryville drive, Markel Fortenberry hauled in a 27-yard touchdown pass from Jones to go ahead 14-0. Noah Vaughn then broke free for a 70-yard touchdown run to put the Rebels up 21-0 with 9:36 to go in the second quarter.

Jones hooked up with Fortenberry again with 3:19 left in the first half to put Maryville in front 28-0, followed by a fourth touchdown pass to Vaughn for a 48-yard score with just under a minute left until halftime. At intermission, the Rebels led the Mountaineers 35-0.

“I thought it went well tonight,” Maryville head coach Derek Hunt said. “I was pleased with getting off to a fast start.”

A 3-yard touchdown run by Gage LaDue with 7:26 left in the third quarter would give Maryville a 42-0 lead going into the final stanza.

The Rebels’ Zeek McCoy escaped the Heritage defense for a 63-yard touchdown with just 26 seconds in the game to make the final score 49-0.

Carson Jones finished with 173 yards and four touchdowns on 12-of-15 passing for Maryville. Jones’ day was finished after halftime with the Rebels ahead 35-0 and the coaching staff rotated three quarterbacks in the second-half, trying to identify a clear-cut backup quarterback.

Maryville (1-0) will host Powell (1-0) next Thursday night, while Heritage (0-1) will head to Jacksboro for a road contest against Campbell County (1-0).