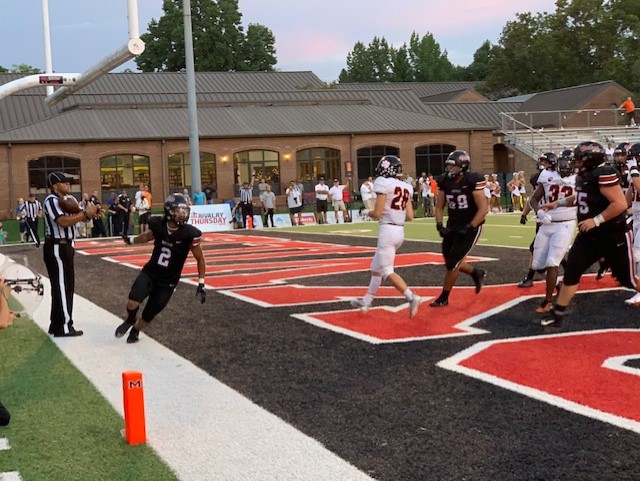 MARYVILLE – Powell and top-ranked recruit Walter Nolan came into Maryville Stadium and gave the Rebels a scare early, as the teams traded leads throughout the first half, but Maryville outscored the Panthers 21-0 in the third quarter, en route to a 52-31 win.

Powell took the opening kick and put together a drive that spanned over nine minutes and 19 plays, fueled by several third-down conversions. The Panthers were only able to get three points out of the drive, however, as a 32-yard Dyland Stooksbury field goal gave Powell a 3-0 lead. 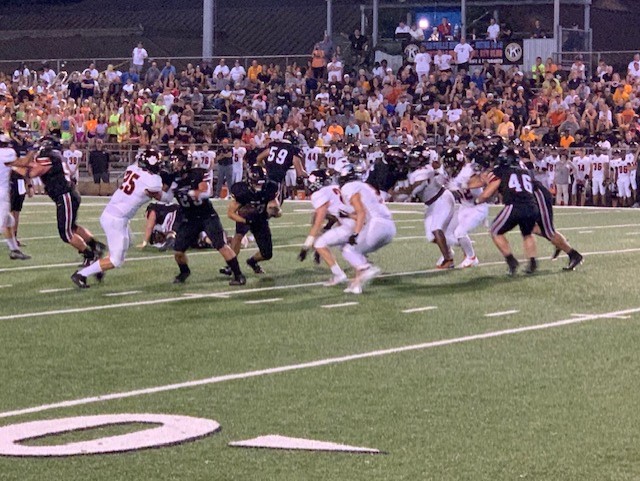 On the Rebels’ first drive of the game, they would find themselves deep in Powell territory with a 4th-and-3 from the 15. Pass interference was called on the play, setting up 1st-and-goal at the 8-yard line. Two plays later, Noah Vaughn would go around the edge for a 5-yard score, putting Maryville in front 7-3 with 11:23 left in the second quarter.

Powell’s Jordyn Potts connected with Adarius Redmond for a big play down to the Maryville 23-yard line, which resulted in a 23-yard touchdown pass from Potts to Jayden Collins. The Panthers took a 10-7 lead with 9:42 left in the half.

Maryville’s next drive resulted in a 39-yard Corbin Price field goal, tying the game at 10-10 with 6:11 remaining in the second quarter. Powell followed that with a 67-yard touchdown pass from Potts to Redmond, beating one-on-one coverage to give the Panthers a 17-10 lead with under five minutes left until halftime.

The Rebels would respond again, however, as Noah Vaughn scored his second touchdown of the night on a five yard run with three minutes left, tying the game at 17-17.

Powell gave the ball back to Maryville late in the second quarter — the first drive that either team came up empty on in the first half — and a late hit penalty moved the ball to the 25-yard line with 17 seconds until halftime. Furman commit Carson Jones then found daylight up the middle and ran for the score, giving the Rebels a 24-17 halftime lead.

“Our kids trust that we can score on both sides of the half,” Maryville head coach Derek Hunt said. “When we get the ball in a two-minute situation, we just go out and do our thing.”

Maryville received the second half kick-off and the third quarter would belong to the Rebels, who scored 35 straight points, dating back to the first half. 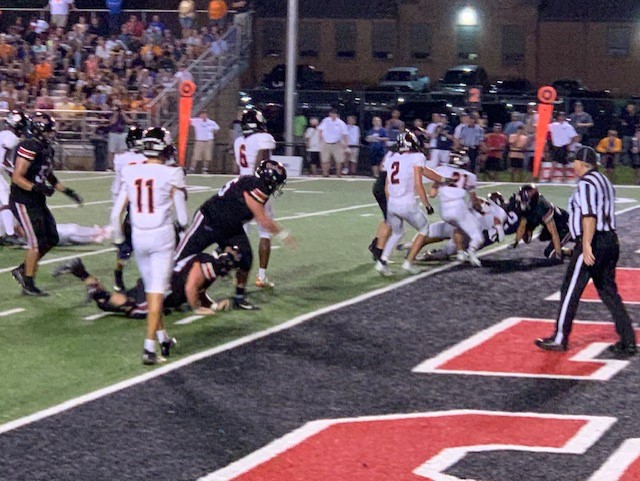 Noah Vaughn (2) goes into the end zone for his third touchdown of the night during the Rebels’ 52-31 win over Powell. Photo by Brian Hamilton

Jones found Jackson Phillips for the first score, a 32-yard strike over the middle on 4th-and-7 to give Maryville a 31-17 lead. The Rebels came up with a big stop on the next Powell possession, taking over at the Panthers’ 37-yard line.

Noah Vaughn then went into the end zone for his third touchdown of the night, putting Maryville ahead 38-21. The junior running back then ran for his fourth score on the next possession, going 58 yards on the first play of the drive for a 45-17 lead. 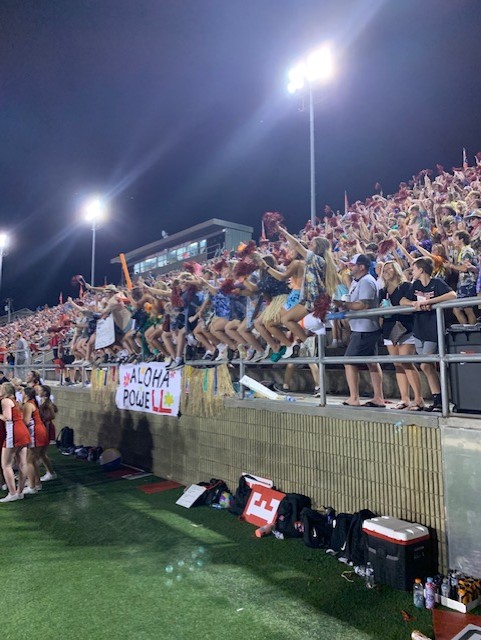 Maryville fans cheer as running back Noah Vaughn scores on a 58-yard touchdown in the third quarter. Photo by Brian Hamilton

Powell would finally stop the bleeding when Potts went into the end zone with 5:10 left in the game, cutting the Panthers’ deficit to 45-24.

Maryville would go on to win 52-31 with Noah Vaughn racking up 205 yards and four touchdowns on 21 carries.

“That run he had in the second half is one of the best I’ve ever seen on this field,” Hunt said of Vaughn’s 59-yard run in the third quarter. “He’s just a heck of a player.”

After getting blown out by Oakland in the state semifinals last year, Maryville wanted to show it could play with the best in the state, manhandling Powell, who many consider the best in Class 5A.

“I think tonight was a statement,” Vaughn said. “We knew we had to come out here and do what we always do.”