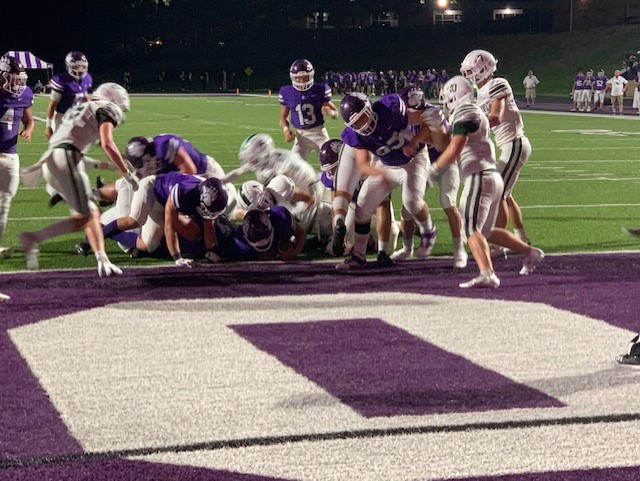 SEVIERVILLE – Sevier County took on the Carter Hornets on Saturday night in a game that was televised on Rivalry Thursday. The game was played and broadcast on Saturday to make up for Thursday’s lack of a game, since the University of Tennessee plays.

The Smoky Bears were missing approximately seven starters for the game, including several key starters on defense, which meant there would be a good chance of a shootout. A shootout it was, as both teams went to the locker room for an hour early in the third quarter due to a lightning delay and came out firing on all cylinders. The two teams went back and forth after the delay and Carter made timely stops to win the game, coming away with a resounding 42-35 win.

Sevier County got on the board first, as Collin Shannon hit David Greene for a 15-yard touchdown to put the Smoky Bears in front 7-0 early in the first.

Carter responded to Sevier County’s score with a Chandler Wilson touchdown pass to Brody Blankenship. Presean Brown converted the two-point conversion on a fake field goal to give the Hornets an 8-7 advantage with 5:25 left in the first.

Shannon then found Connor Mason on third down for a 19-yard Sevier County score. Shannon ran for the two-point conversion to take a 15-8 lead with 7:33 left until halftime. 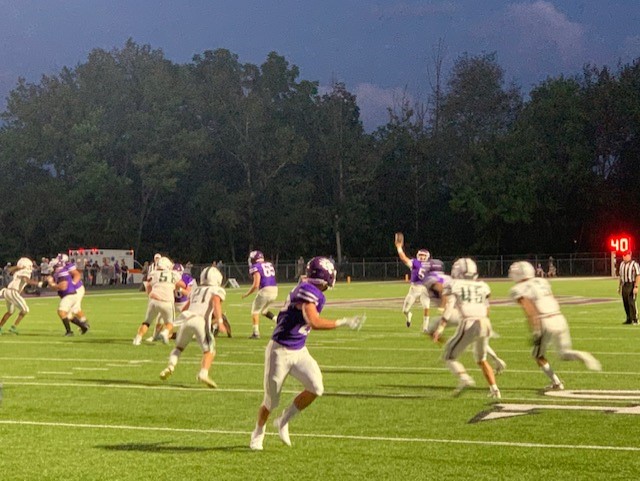 Sevier County went ahead 21-8 with 2:50 left in the second quarter when Shannon tossed his third touchdown of the night to Mason Ellis. The extra-point attempt was blocked, however, leaving the Smoky Bears with a 21-8 lead.

The Hornets responded on the ensuing drive, as Wilson plunged into the end zone on a quarterback sneak to pull Carter to within 21-14 with 24 seconds until halftime. The Hornets would go to the locker room trailing by only a touchdown.

One of the notable halftime events was the Sevier County boy’s soccer team being recognized for winning the 2021 state title and receiving their championship rings. 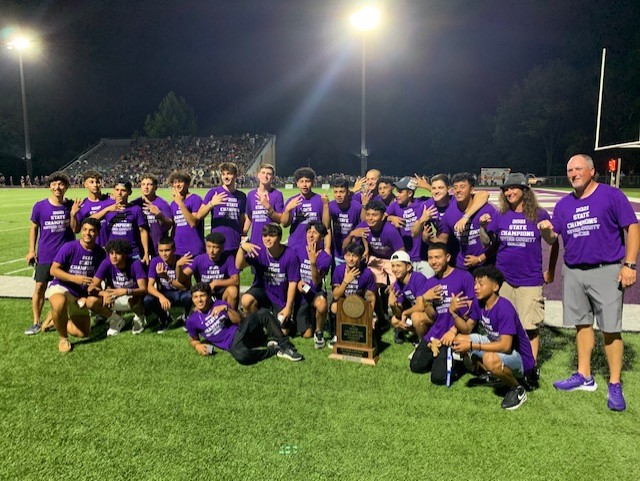 On Carter’s first drive of the second half, Ben Jorge intercepted Wilson on the first play from scrimmage, returning it deep into Hornet territory. After a Sevier County turnover on downs, Wilson found Blankenship for a 58-yard touchdown. The two-point conversion was no good, as the Smoky Bears clung to a 21-20 lead with 9:04 left in the third.

Shannon responded with a 54-yard strike to Corbin Overbay to give Sevier County a 28-20 lead. The teams then went to the locker room with just over eight minutes remaining in the third quarter for a lightning delay.

Approximately one hour later, at 10:45 p.m., the teams took the field again and Carter had possession of the ball. Wilson connected with Blankenship again for a 30-yard touchdown with 6:37 left in the third. The two-point conversion was successful, tying the game at 28-all.

Sevier County scored almost immediately on the next drive, as Jace Henderson found daylight and streaked down the sideline into the end zone, giving the Smoky Bears a 35-28 lead with 5:29 left in the third quarter.

Wilson ran for another touchdown early in the fourth quarter, from one yard out, to tie the game at 35-35.

The Smoky Bears faced 4th-and-6 from the Carter 49-yard line with just over seven minutes left in the game. Carter would come up with the stop and take over near midfield.

The Hornets marched down the field and Presean Brown ran for a 10-yard touchdown to put Carter in front 42-35 with 6:19 left.

Sevier County took over with plenty of time to match the Hornets’ score, but Shannon was intercepted by Bryson Roberts, giving Carter a 1st-and-10 in its own territory. The Smoky Bears still had two timeouts remaining, but the Hornets were able to run out the clock and go on to a 42-35 win. 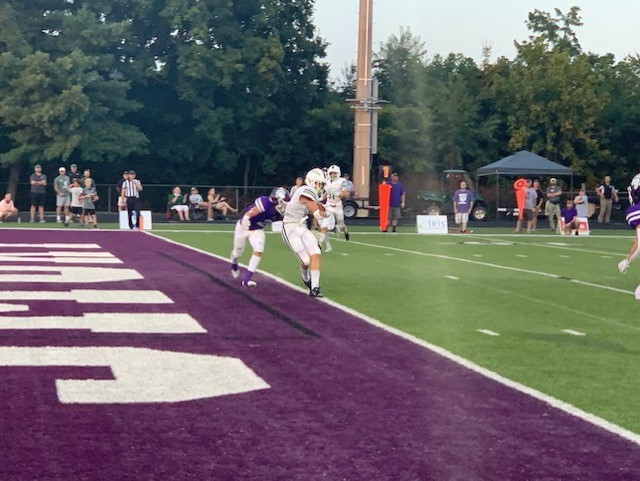 The win was Carter’s first against Sevier County since 2018 and its first 2-0 start since 2013, when the Hornets started 9-0. Carter has faced the task of coming from behind in each of its wins in this young 2021 season.