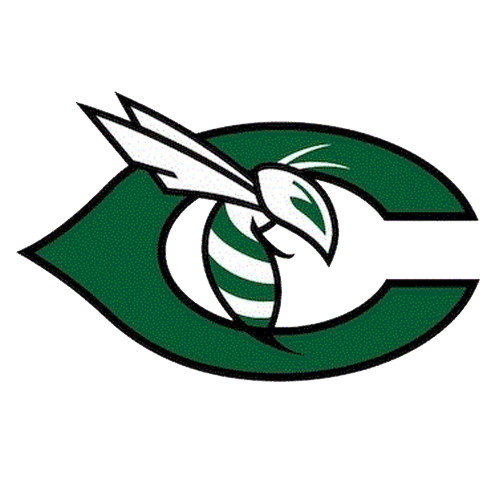 CORRYTON – Carter traveled to Corryton Friday night to take on Gibbs for the 43rd time, with the Eagles winning the last seven. The game was the first region matchup for both teams and Carter held a 24-18 lead in the all-time series going into the game.

The Hornets drew first blood, as Chandler Wilson hit Kaleb Harper for an 84-yard touchdown with nine minutes left in the first quarter. The conversion attempt was unsuccessful, as Carter took a 6-0 lead.

The Eagles’ Bryson Palmer then found Silas Williams for a 12-yard touchdown with 1:17 left in the first quarter. Gibbs would lead 14-12 after one quarter of play.

Hassan Alsultani went for an 18-yard touchdown, putting the Hornets back in front. Once again, Carter’s two-point conversion attempt was unsuccessful, leaving the Hornets with an 18-14 lead with 11:51 left in the second. At this point, Carter was trading six for seven with Gibbs.

The Eagles answered almost immediately, as Harper hit Ethan Coppinger for a 33-yard touchdown with 11:07 left in the second quarter. The extra-point attempt was blocked, leaving Gibbs with a 20-18 lead.

Gibbs’ Bryson Roberts lined up for a field goal during the second quarter, but the Hornets blocked the kick and it was ran back for a 95-yard touchdown. Wilson ran for the two-point conversion, giving Carter a 26-20 lead with 7:27 remaining until halftime.

Butler ran for an 8-yard touchdown with just over one minute left in the first half. The two-point conversion was good and Gibbs would take a 28-26 lead to the locker room. The two teams combined for 573 yards of offense in the first half, with an additional 199 yards in penalties.

In a back and forth game, the Hornets would hold, as Gibbs fumbled on its next possession and Jackson Steele recovered with 2:05 left to all but seal the victory.

Carter came away with a 42-35 win to snap its seven game losing streak to the Eagles.

Chandler Wilson finished the game with 236 passing yards along with 100 yards rushing and five total touchdowns.