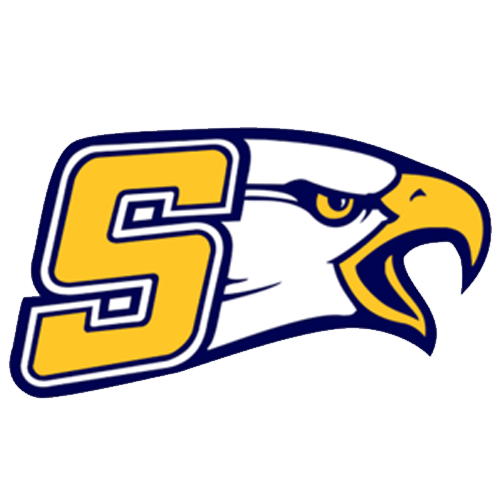 CHURCH HILL – After an 0-10 season in 2020, Seymour had gotten off to a 2-0 start before traveling to Church Hill to face Volunteer on Friday. The Falcons, however, would hand the Eagles their first loss of the season by a score of 28-14.

“I don’t know if we walked off the bus thinking we were going to win because we were 2-0 and they were 0-2,” Seymour head coach Scott Branton said. “The theme of the game for Seymour was self-inflicted mistakes.”

The game was tied at 7-7 late in the second quarter when Volunteer received the ball and used its two-minute offense to score with 23 seconds to go in the first half, taking a 14-7 lead.

The Falcons than displayed guts, in executing and recovering an onside kick, their second of the game, and Volunteer quarterback Garrison Barrett completed a 29-yard pass, setting up a 1-yard touchdown run. The game had went from being tied, to Volunteer leading 21-7 in a span of less than 30 seconds, which hit Seymour like a ton of bricks.

“We didn’t handle adversity well,” Branton said. “The first two weeks when things didn’t go our way, we were resilient and we pulled together. Tonight, we didn’t.”

Volunteer returned the second half kickoff 55 yards and scored two plays later to take a 28-7 lead. The Eagles responded with a 66-yard drive, capped by a 9-yard run by quarterback Eli Funck, cutting the Falcons’ lead to 28-14.

“We’ve got to learn from it,” Branton said. “It’s a long season and we don’t look ahead beyond the next week.”