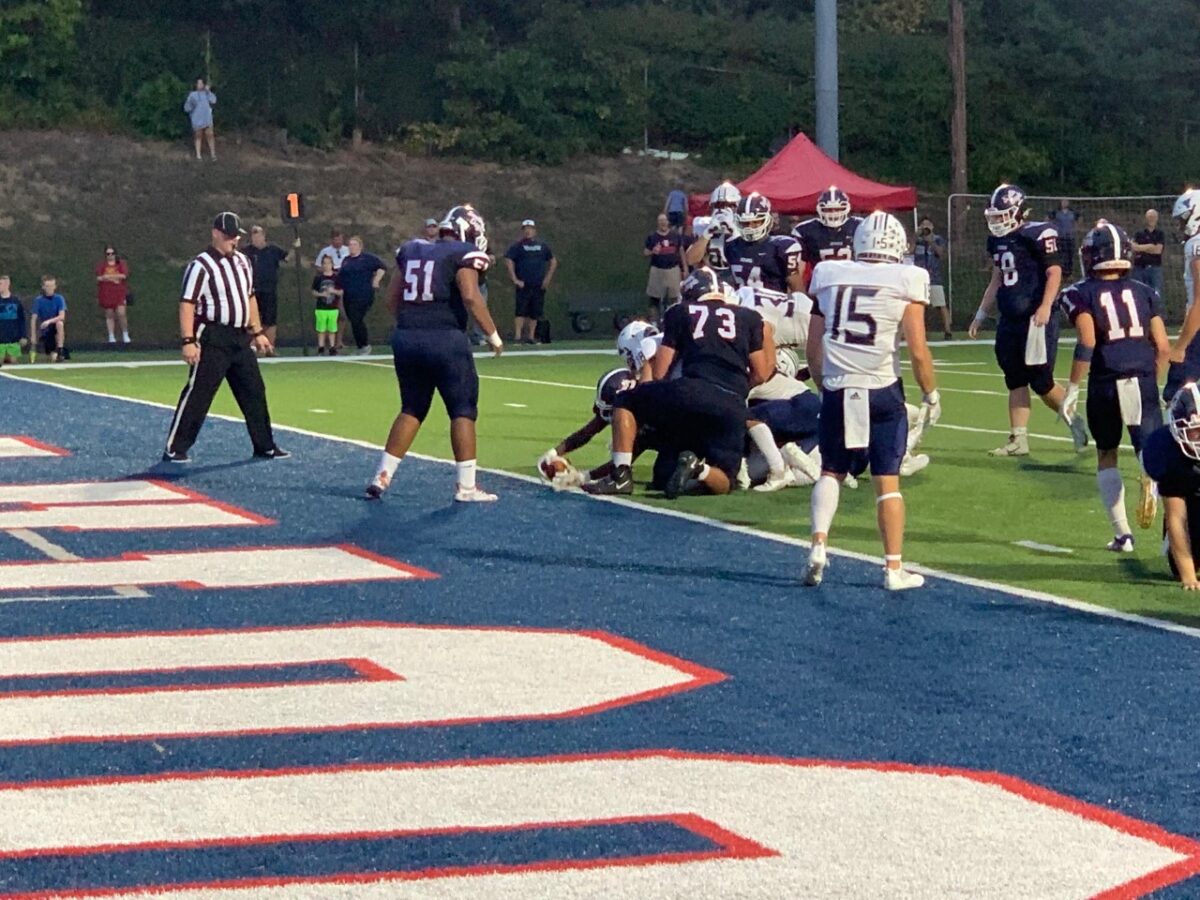 Shawn Gary stretches into the end zone for a second quarter touchdown, giving South-Doyle a 14-7 lead. Photo by Brian Hamilton

KNOXVILLE – Anderson County came into its matchup with South-Doyle with a record of 1-3 and upset undefeated South-Doyle 31-28.

The Cherokees fumbled on a quarterback to running back exchange on the first drive, setting Anderson County up with great field position. However, two plays later, JaMichael Ham intercepted the Mavericks’ Walker Martinez for a pick six and a 7-0 lead with 8:26 left in the first quarter. 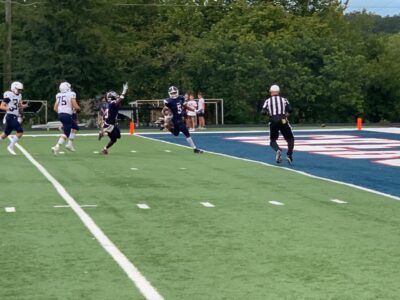 JaMichael Ham (5) picks off an Anderson County pass for a pick six, giving the Cherokees a 7-0 first quarter lead. Photo by Brian Hamilton

Martinez would respond on Anderson County’s next possession, as he tossed a long touchdown to tie the game at 7-7 with 3:11 left in the first quarter.

Shawn Gary would go into the end zone for a 5-yard touchdown with 8:31 left in the second quarter, putting the Cherokees in front 14-7.

A 21-yard field goal by Christian Nelson would pull the Mavericks to within 14-10 with 4:40 left until halftime. On the next South-Doyle possession, Nick Martin tossed a 64-yard touchdown pass, which gave the Cherokees a 21-10 lead with 1:58 left until intermission.

Anderson County would respond before the break, however, as Gavin Noe found the end zone for a 1-yard score, making the halftime score 21-17, in favor of South-Doyle.

The Mavericks received the second half kick and puts together a scoring drive, capped by Martinez’ 21-yard touchdown pass to Bryson Vowell for a 24-21 advantage — their first lead of the game.

Gary put South-Doyle back in front 28-24 with a 17-yard touchdown with less than a minute to go in the third quarter, but that would be the last time the Cherokees would find the end zone in the game. 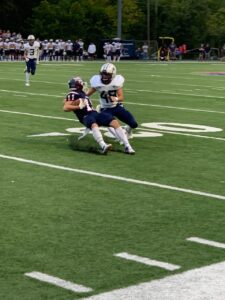 Anderson County’s Noe went into the end zone on 4th-and-1 with 6:23 left in the game for the final score, as the Mavericks went on to win 31-28, spoiling the Cherokees’ hopes of an unbeaten season.

South-Doyle standout running back Shawn Gary was held to just over 80 yards rushing in the game, although he did finish with two touchdowns.

The Mavericks improved their record to 2-3 and travel to Elizabethton (3-1) on Friday, while South-Doyle will face another tough road test at Class 6A Farragut (1-4). The Admirals have only won one game, but their losses are to Maryville, West, Beech and Cleveland.

The loss also drops the Cherokees to 1-1 in Class 4A Region 2, while Anderson County is now in first place at 2-0.