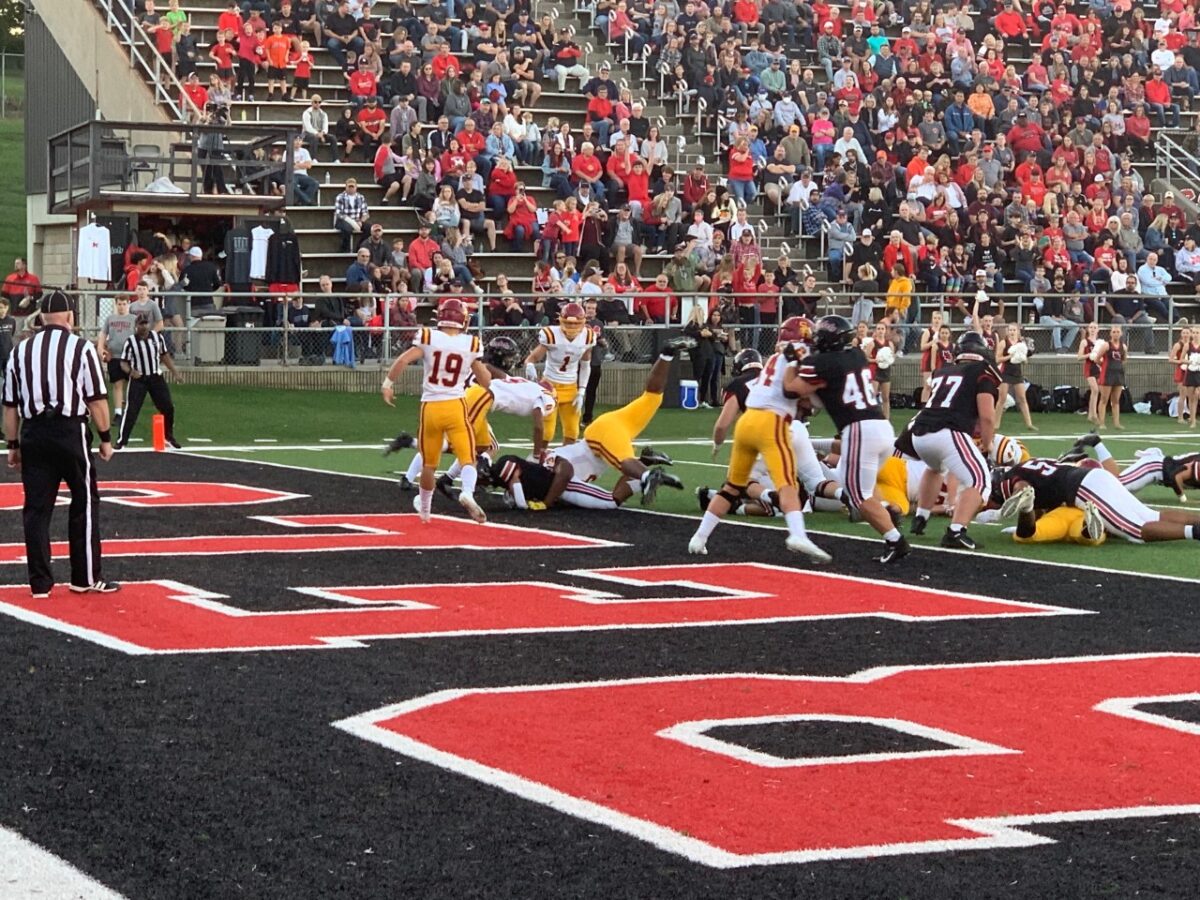 MARYVILLE – Science Hill made the trek from Johnson City and went home with a 41-17 defeat, as Maryville improved its record to 6-0, as the lone unbeaten team in Smoky Mountain Sports’ coverage area.

“They have definitely improved each week and that’s the most impressive thing,” Maryville head coach Derek Hunt said of the Rebels’ performance. 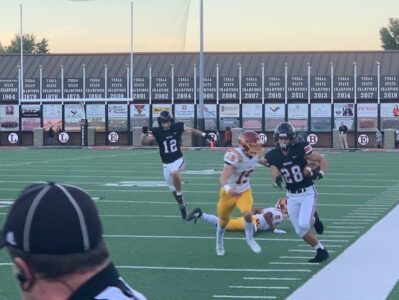 Maryville sophomore Gage LaDue (28) takes off down the sideline during the first quarter of the Rebels’ 41-17 win over Science Hill. Photo by Brian Hamilton

D.J Burks put Maryville on the board first with a 1-yard plunge, giving the Rebels a 6-0 lead with 6:08 left in the first quarter, as Corbin Price’s extra-point attempt was blocked. Noah Vaughn would run for an 11-yard score with just under four minutes left in the quarter to put Maryville in front 13-0 at the end of the first.

Science Hill’s Wesley Leichessenring booted a 23-yard field goal with 8:04 left in the second quarter to put the Hilltoppers on the board, making the score 13-3.

Rebels quarterback Carson Jones extended the Maryville lead to 20-3 on the next drive on a 6-yard touchdown run with 6:58 left before halftime. A 23-yard touchdown pass from Jones to Julius Toto would put the Rebels in front 27-3 at the intermission.

The Hilltoppers scored their first touchdown of the night with 6:05 left in the third quarter when Jaxon Diamond found Cole Torbett for a 29-yard score, cutting the Maryville lead to 27-10.

Noah Vaughn would answer for the Rebels on the next drive, running for a 32-yard touchdown to increase Maryville’s lead to 34-10 with 4:38 left in the third. 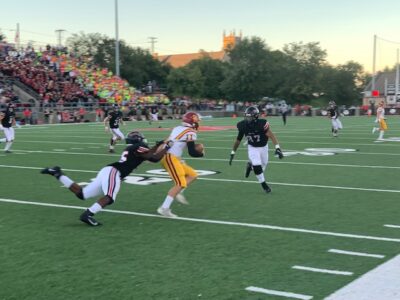 Gage LaDue ran for a 27-yard touchdown as time expired in the third quarter, giving the Rebels a 41-10 advantage heading into the final stanza.

Torbett caught his second touchdown of the night from Diamond on an 11-yard strike with 7:57 left in the game, but it would be too little, too late, as Maryville went on for a 41-17 win.

The Rebels racked up 235 yards on the ground during the contest, as junior Noah Vaughn ran for 136 yards and two touchdowns on 13 carries. Carson Jones threw for 153 yards and one touchdown on 12-of-16 passing.

“I am very proud of this football team because we’ve played good teams week in and week out,” Hunt said. “We’re just showing that we’re not going to back down from any battle.”

Maryville (6-0, 2-0 Region 2) will face another stout test on Friday, as ranked Cleveland (5-1, 1-1) pays a visit for a region game with major playoff seeding implications. Science Hill (3-3) will travel to Morristown-East for a Region 1 matchup with the winless Hurricanes.