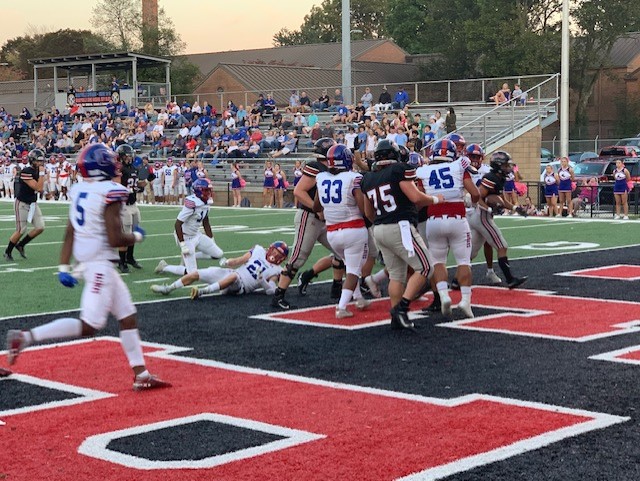 MARYVILLE – Maryville defeated Region 2 foe Cleveland 42-7, as the Rebels executed well in all three phases of the game — offense, defense, and special teams. Maryville enters its bye week on a high-note and look to continue that heading into the Class 6A playoffs.

“I think Cleveland is a good football team, but we just executed well,” Maryville head coach Derek Hunt said. “In the first half, we just had our way. Defensively, we were really strong and had a lot of guys making plays.

It didn’t take the Rebels long to get on the scoreboard, as Noah Vaughn ran for a 1-yard touchdown to give Maryville a 7-0 lead. 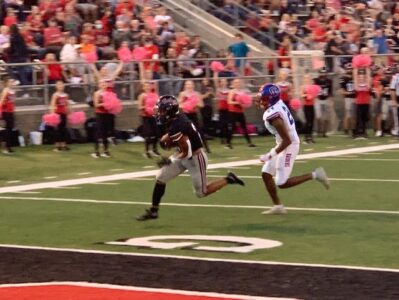 Maryville’s Noah Vaughn (2) runs for one of his three touchdowns during the first half of the Rebels’ 42-7 win over Cleveland. Photo by Brian Hamilton

Vaughn went 31 yards for his third touchdown of the night with 9:23 left in the second quarter, putting the Rebels in front 28-0.

Quarterback Carson Walker Jones threw an 8-yard touchdown to receiver Carson Webb Jones to extend the lead to 35-0 with 3:38 left before halftime.

Cleveland would finally get on the board with 19 seconds remaining in the half, as Tate O’Brien caught a 14-yard touchdown pass from quarterback Drew Lambert, cutting the Rebels’ halftime lead to 35-7.

Maryville did not face a third down in the first half.

Gage LaDue would run for a 4-yard touchdown early in the third quarter give the Rebels a 42-7 lead, which would be the final result, as neither team scored again.

Carson Jones was perfect on the day, going 13-for-13 for 203 yards passing with one touchdown. Noah Vaughn finished with 83 yards and three scores on nine carries and hauled in a 71-yard reception.