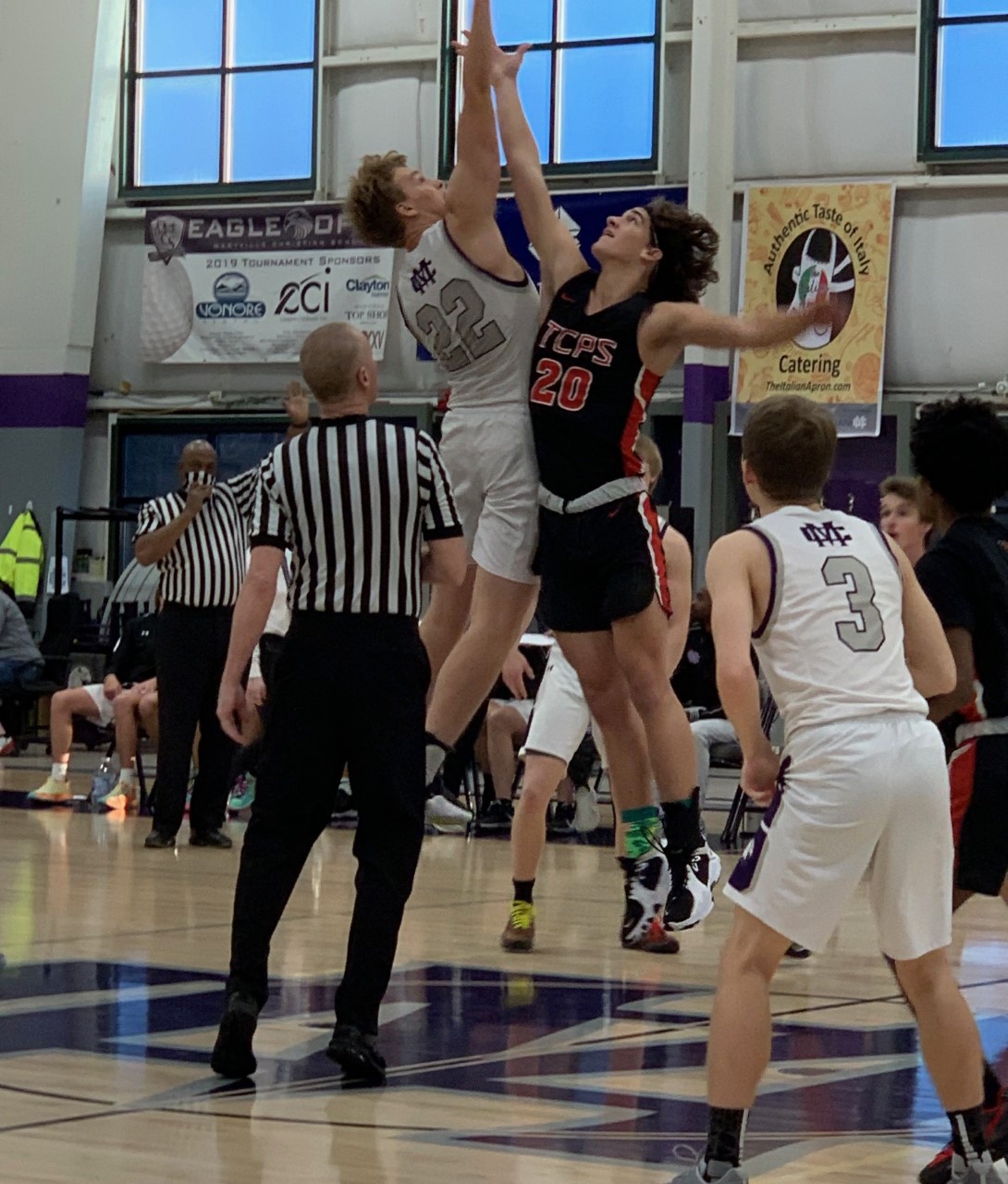 MARYVILLE – The Eagles jumped out to an early lead and never trailed during a 72-44 win over Tennessee Christian Prep from Cleveland, Tenn. Senior Ryan English would score 18 of his game-high 26 points in the second half, helping Maryville Christian pull away. 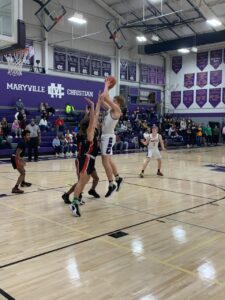 “We’re always comfortable when English catches the basketball,” Maryville Christian head coach Brian Turbyfill. “He’s done a great job of finishing around the rim and then also, when people collapse on him, he’s used to kicking it out and finding our shooters, so anytime he touches the basketball, we have a really good feeling that either we’re going to get a basket by him scoring the basketball or him making a read and getting it outside. We always try to emphasize making sure we play inside-out.”

Both teams were called with traveling on its first possession before Josh Goins hit a three-pointer for a 3-0 Maryville Christian lead with 5:36 remaining in the first. Carter Douglas made a hook shot to make the score 3-2. Ryan Hudson stopped on a dime and nailed a free-throw line jumper on the next trip down to put the Eagles ahead 5-2.

Hudson drained a three on Maryville Christian’s next possession for an 8-2 lead, but two consecutive trips to the foul line would help Tennessee Christian Prep cut the deficit to 8-5 with 3:27 left in the first.

Ryan English would score his first basket of the evening on a layup to increase the lead to 10-5. The senior came down on the other end and made a hook shot to give the Eagles a 12-5 lead.

Drew Napier was fouled on a layup and converted the free-throw to put Maryville Christian ahead 15-7 with just over a minute left in the first. The Eagles led 17-9 when Cole Taylor banked a half-court shot to cut the TCP deficit to 17-12 after one quarter.

Maryville Christian came out in the second quarter and went on a 13-0 run to take a 30-12 lead with 2:44 left before halftime. 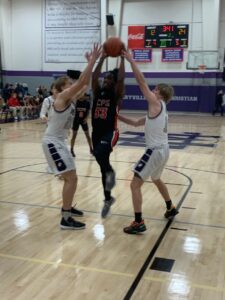 The Hawks would finally get on the board in the second quarter when Biquan Wooden scored a layup to make the score 30-14. Another driving layup by Chase Walker, cut the Eagles’ lead to 30-16 with 1:48 left before intermission.

Tennessee Christian Prep cut the lead to 12 late in the second quarter, but Napier converted one-of-two free-throws to send Maryville Christian to halftime with a 31-18 advantage.

Napier stole the ball and went to the other end for a layup to put the Eagles ahead 36-22 with 6:05 to go in the third quarter.

It was in the third quarter when leading scorer Ryan English began to take over the game, as he made an inside layup to put Maryville Christian ahead 43-26. A long jumper by Gus Westerfield would stretch the Eagles’ lead to 17, at 45-28.

The Hawks would begin to push back late in the third quarter, as Wooden made a pair of layups to cut the Maryville Christian lead to 45-36. English would score back-to-back layups on the other end, however, sending the Eagles to the fourth quarter with a 49-36 lead.

English scored baskets on Maryville Christian’s first five possessions of the fourth quarter, extending the Eagles’ lead to 57-38 three minutes into the fourth.

Jamey Wright would drive baseline for a layup to give Maryville Christian a 59-42 lead, followed by a Goins three-pointer for a 62-44 lead. 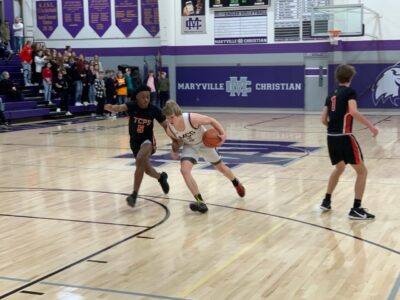 Tennessee Christian Prep would not score again in the game, as the Eagles ended the game on a 13-0 run for a 72-44 win.

“We never want them to be complacent,” Turbyfill said. “We felt like we had the game under control, but we never want to get in the habit of creating bad habits, and a lot of times that happens when you get a pretty big lead and you decide to take your foot off the gas and relax and not execute and not play as intense as you did the first three quarters. We always try to emphasize that, going into the fourth quarter, if we have a sizeable lead. We want to continue the momentum and the way we were playing because we don’t want to create bad habits.”

Ryan English led all scorers with 26 points, while Josh Goins added 14 and Ryan Hudson and Drew Napier finished with 10 apiece.

Maryville Christian will be back in action Monday, January 31, when the Eagles host Clayton-Bradley Academy (8-5). Tennessee Christian Prep will travel to Polk County next Friday.