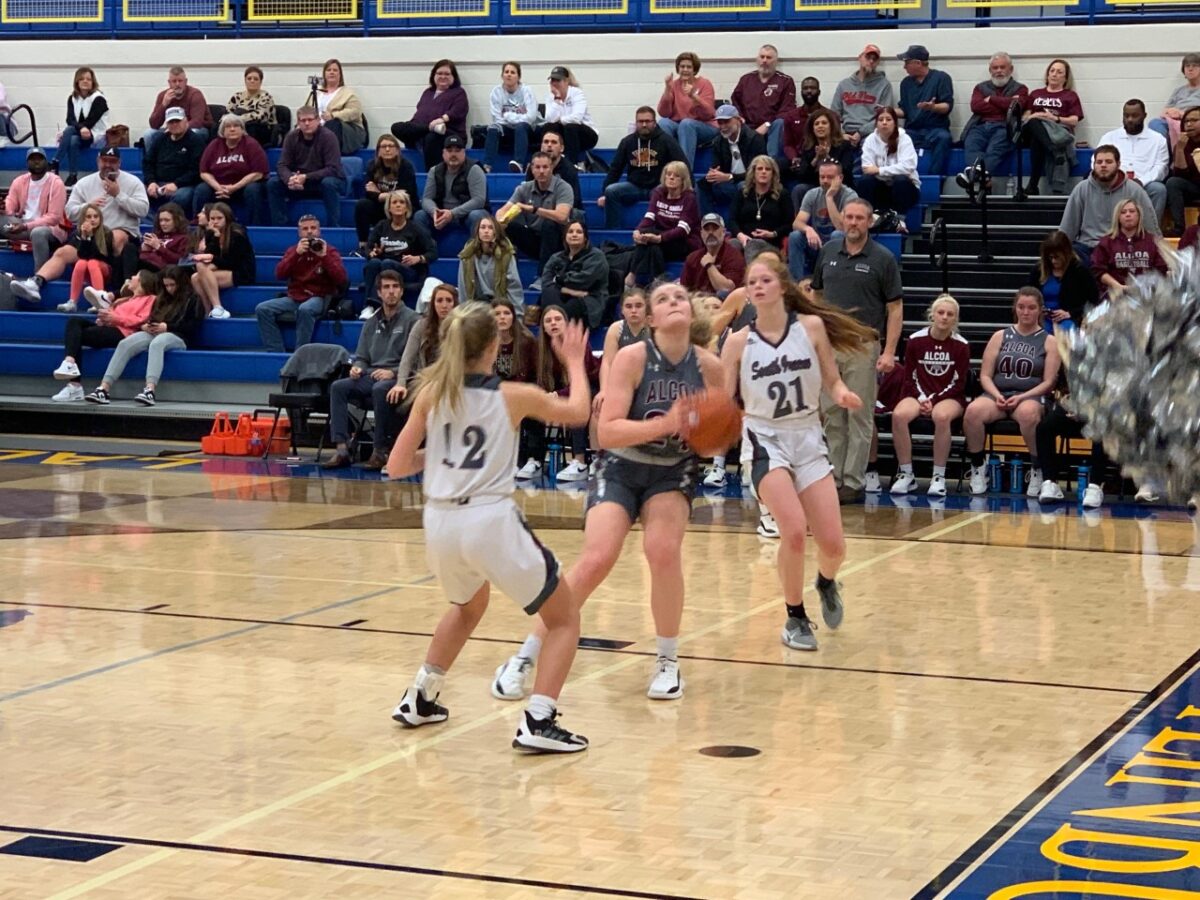 GATLINBURG – Alcoa came out hot on Monday night and never took their foot off the gas, as the Lady Tornadoes led by double digits after the first quarter and never let the lead shrink to single-digits again, winning 73-56. 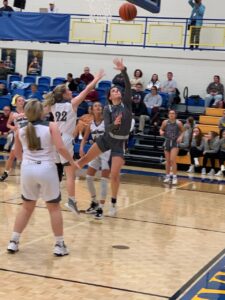 The win advances Alcoa to the region championship with an opportunity to face Gatlinburg-Pittman — who defeated Happy Valley later Monday night — for the fourth time this season. Both matchups in Gatlinburg, the Lady Tornadoes have lost, and Wednesday night’s game will be at the same location.

“We wanted to give ourselves another shot to get here,” Alcoa coach David Baumann said of losing the district final to Gatlinburg-Pittman. “They’re a very good team and well coached. Obviously, their home court helps them out. This is our fourth trip up here and Wednesday will be our fifth trip in the last two weeks, so we’re getting used to the trip up here.”

Alcoa jumped out to a 21-10 lead after the quarter, as Haworth hit two threes and led the Lady Tornadoes with 10 first quarter points.

Haworth hit another three to put Alcoa ahead 31-17 in the second quarter. The junior point guard hit her fourth three to stretch the Lady Tornadoes’ lead to 36-17, as the finished the first half with five 3-pointers.

Ainsley Pfieffer made two free throws to give Alcoa a 21-point lead, as the Lady Tornadoes went ahead 38-17.

A layup by Macie Ridge extended the Alcoa lead to 40-17 with just under a minute left before halftime, but Whitney Casteel hit a three with seven seconds left to send South Greene to intermission with a 40-20 deficit.

“We’ve talked about playing with a sense of urgency when we’ve got two elimination games,” Baumann said. “Again, I thought we really bought in defensively. They scored 20 in the first half and had 10 in each quarter and that was always our goal. We don’t always reach that, but to do that in the region semis was big.”

Pfieffer made a layup to stretch the Alcoa lead to 44-23 early in the third quarter, followed by a Ridge 3-pointer for a 47-23 advantage.

South Greene’s Emma Cutshall made a layup to cut the Lady Rebels’ deficit to 49-30, but Ridge answered on the other end with a three to put the Lady Tornadoes ahead 52-30.

A rebound and put back by Pfieffer gave Alcoa a 54-33 lead with 2:21 left in the third quarter. 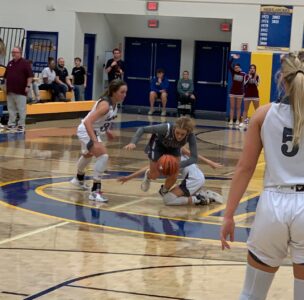 Karli Haworth (23) gets fouled by South Greene defenders late in the fourth quarter of the Lady Tornadoes’ win. The junior finished with a game high 28 points. Photo by Brian Hamilton

Ridge would sink a pair of three throws with 31 seconds left in the third for a 57-39 lead, but Addison Williams would make a layup with three seconds left, giving the Lady Tornadoes a 57-41 lead going into the fourth quarter.

The Lady Rebels began to make a push in the fourth quarter, as Cutshall made two free throws to trim the Alcoa lead to 62-46 with 4:41 remaining.

Haworth split a pair of free throws on back-to-back trips, giving the Lady Tornadoes a 66-48 lead with 3:12 left. South Greene’s Haley Susong hit a three to trim the Alcoa lead to 66-51, followed by a Cutshall 3-pointer to make the score 68-54 with 1:53 remaining.

Pfieffer missed a pair of free throws, followed by an Addison Williams layup to cut the Lady Tornadoes’ lead to 69-56.

Haworth and Ridge would make clutch free throws down the stretch to secure a 73-56 win and a berth in the region championship game. 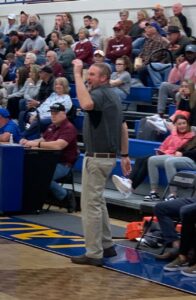 “They’re a good program and well coached and I told (the team) during one of our last timeouts that the regional semis aren’t supposed to be easy,” said Baumann. “Let’s finish it. Defend and get stops and knock down our free-throws.”

Karli Haworth led all scorers with 28 points, while Macie Ridge finished with 25. Ansley Phiffer added 13 points and 22 rebounds for the Lady Tornadoes.

“She played big girl basketball tonight,” Baumann said of Pfieffer. “Ainsley did an amazing job defending and getting rebounds. All the things we needed her to do, she stepped up and did.”

Alcoa (22-11) will face Gatlinburg-Pittman (25-9) in the regional final on Wednesday night, while South Greene ends its season with a record of 18-15.