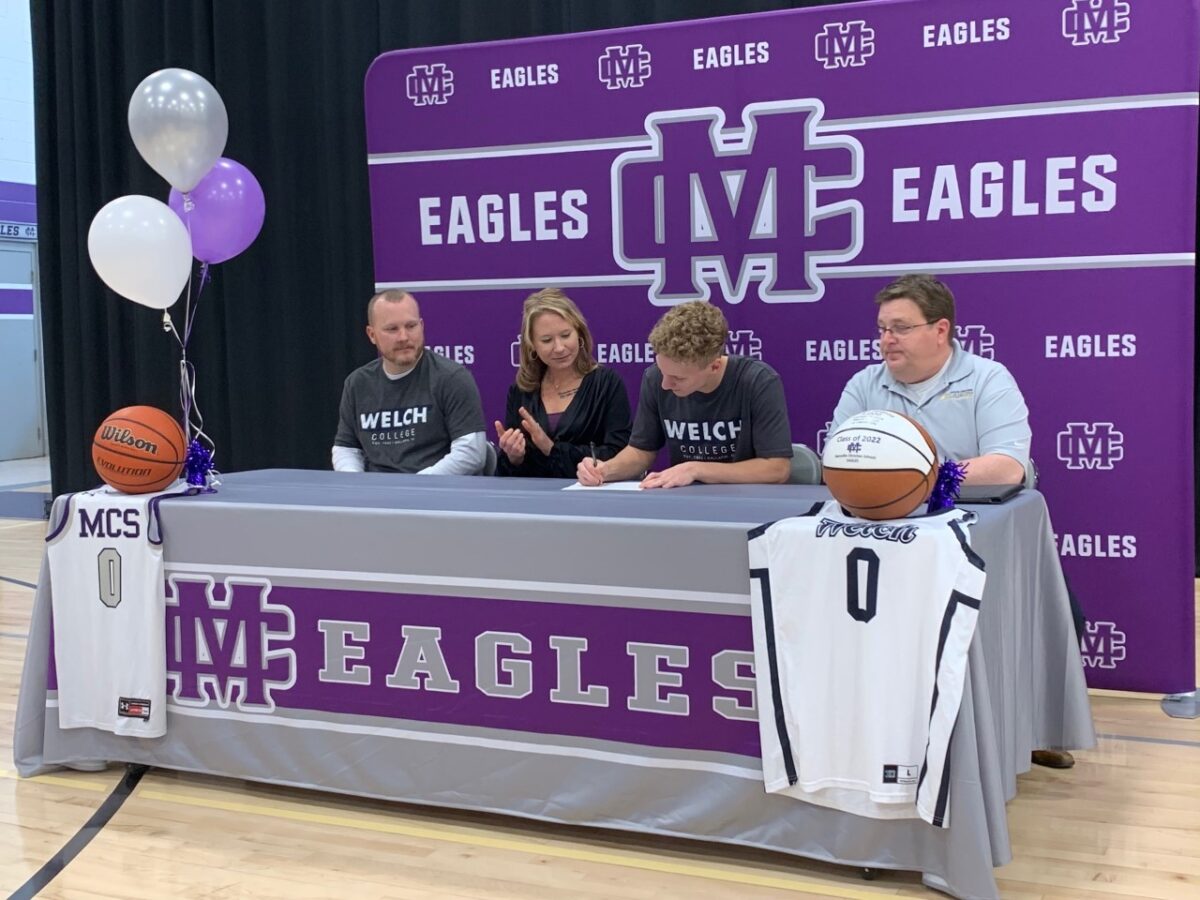 MARYVILLE – Ryan Hudson transferred to Maryville Christian from Maryville after the first semester of his freshman year and the rest is history.

The shifty and reliable point guard inked a scholarship to play at the next level on Tuesday afternoon, signing with Welch College to become the second Maryville Christian basketball player to do such.

“It means a lot. I came here from Maryville (High School) halfway through my ninth-grade year and I wanted to prove that I could play basketball at a high level, and I wanted to do it with this school,” Hudson said. “For me to get to this point in my career, it just means the world to me.” 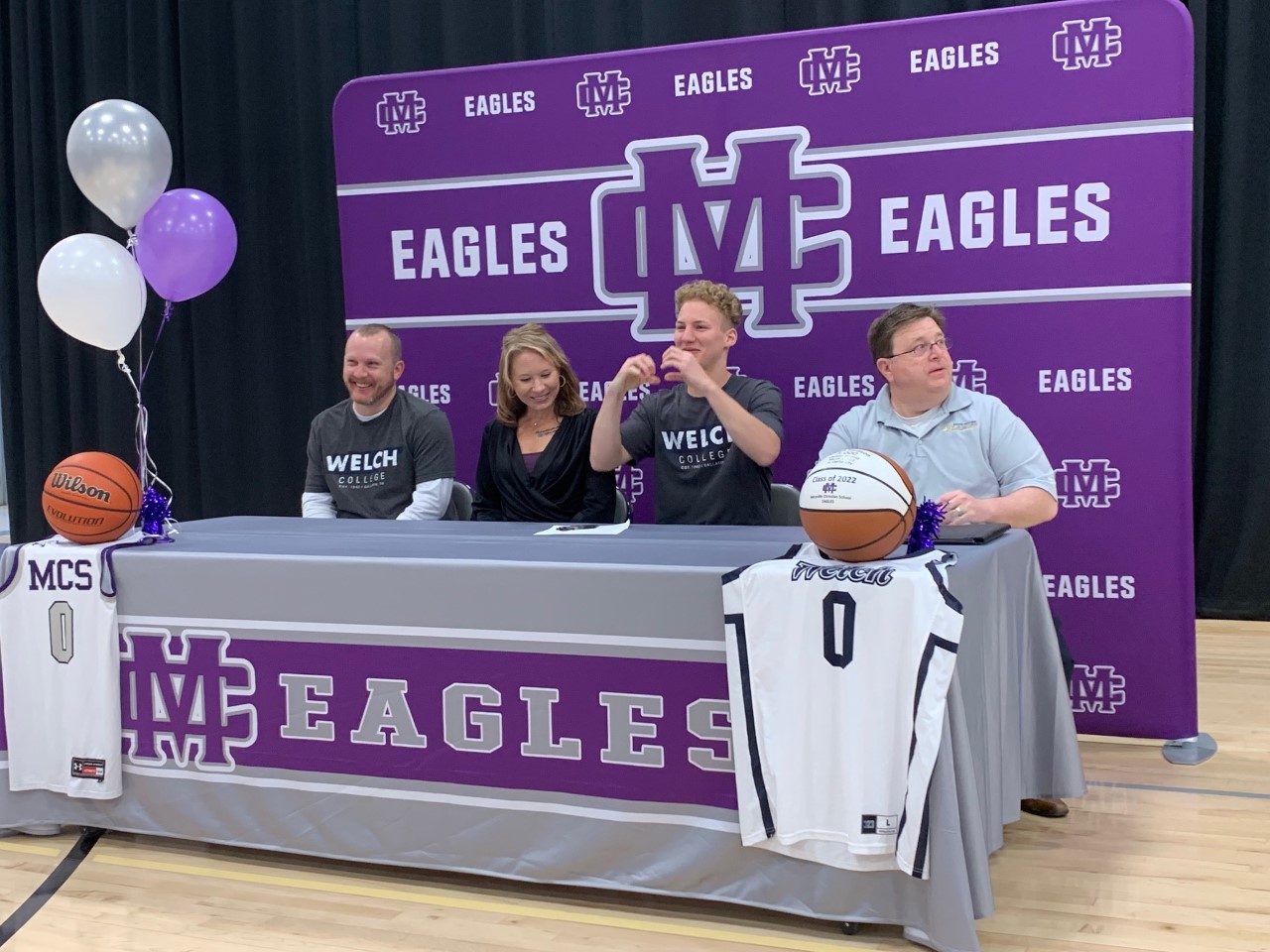 While transitioning from playing at one of the largest schools in the area to one of the smallest, Hudson said that he immediately felt at home with the administration and coaching staff at Maryville Christian.

“I loved the transition,” Hudson said. “Coming here, it felt like family right away and everybody took me in school-wise, as well as the team. Just from the very beginning, we were a tight knit group, and we love doing things outside of basketball, so it was really awesome, and I’ve enjoyed it.”

“It was evident that he was talented, even as a freshman,” Maryville Christian coach Brian Turbyfill said. “I think that once he realized the freedom and the relaxed nature that we wanted him to play with, rather than thinking so much and trying to not make mistakes, and just playing basketball, it just went uphill from there.”

Turbyfill has been along for the ride with Hudson, as he was the 2018-19 junior varsity coach and then took over as the varsity head coach for the 2019-20 season, when Hudson moved up to varsity.

“I think what has been most impressive over the last four years is just the growth that he has had, both on the floor and off the floor,” Turbyfill said. “He quickly grew into a leadership position for us, and he was voted captain, just as a sophomore. He was a captain for us for his sophomore, junior, and senior years. He obviously stepped into that role and was a great leader for us and the biggest way he proved that he was a leader was just his constant work ethic. He was always at everything and didn’t miss a thing, whether it was conditioning, open gyms or getting shots up in the summer.”

That type of work ethic is what guided Welch head coach Greg Fawbush to discovering Hudson.

“We kind of were watching him throughout the year and everything,” Fawbush lamented. “We were given his information by a player on my team that is from William Blount, in Chance Pride. Then, during the NACA tournament, we became more and more interested in him there.” 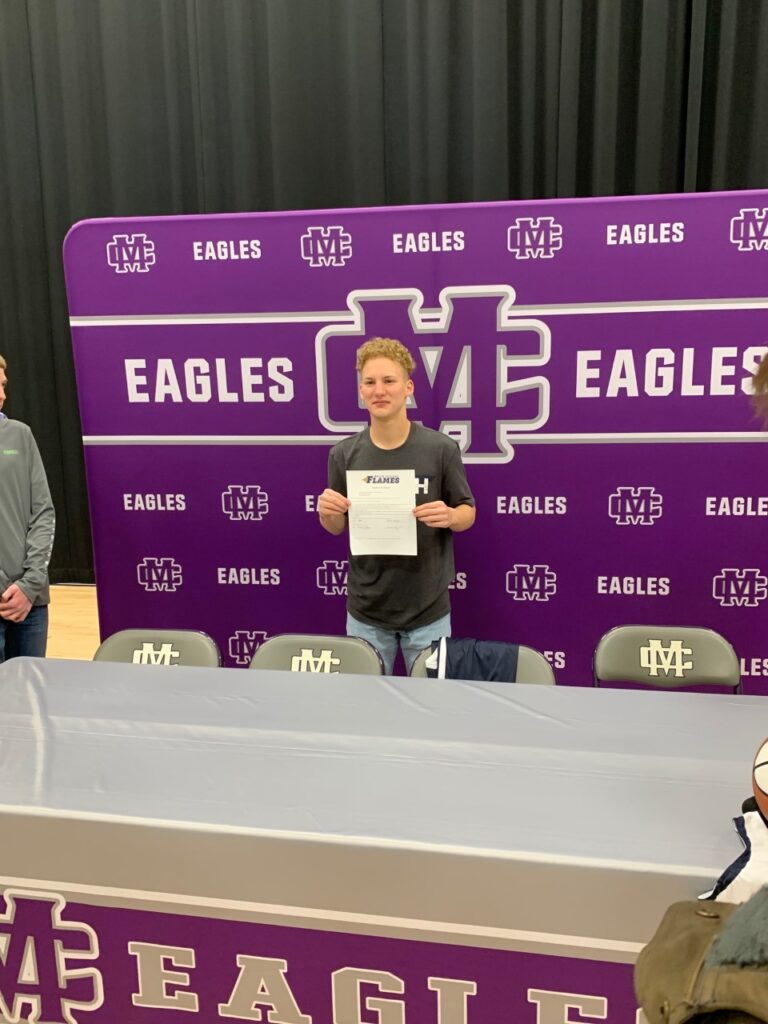 While Hudson could have likely played basketball at a high level at any school in Blount County, he felt that it was the school’s focus and exhilaration toward the basketball program that excited him.

“Here, basketball just means more,” Hudson said. “I mean, with public schools, you’ve got football and all these other sports, but basketball is the main sport here and our student section and students believe in us and it’s really inspiring for them to get to just encourage us. It’s really awesome and it’s a great community.”

While many feel that a school needs to have a football program to accentuate the school’s athletic department, even colleges such as Gonzaga, Butler and Loyola-Chicago make things work without a football program. Why can’t Maryville Christian?

Turbyfill recalls the first game Hudson played for him as a junior varsity player and gushes over the improvements he has made throughout his four years at Maryville Christian.

“I will never forget the first game he played with us as a freshman; I think we were playing Concord Christian and I think he maybe shot the ball once or twice,” Turbyfill said. “You could tell that he was kind of timid and scared, but after the game he texted me and kind of apologized. I told him, ‘You have nothing to apologize for, we’ve got a bright future ahead and as long as you stay the course and keep working, you’ll become a great player for us.’ That’s exactly what he did. He kept working and he’s done a great job of controlling what he can control and developing his game both on the floor and off the floor.”

Welch College is located right outside of Nashville and Fawbush stated that there would be opportunities to see Hudson play close to home.

“We still play Johnson (University) every year,” Fawbush said. “Last year they beat us by one at both places in overtime.”

Obviously, Hudson and Fawbush would like to see different outcomes in the coming years.