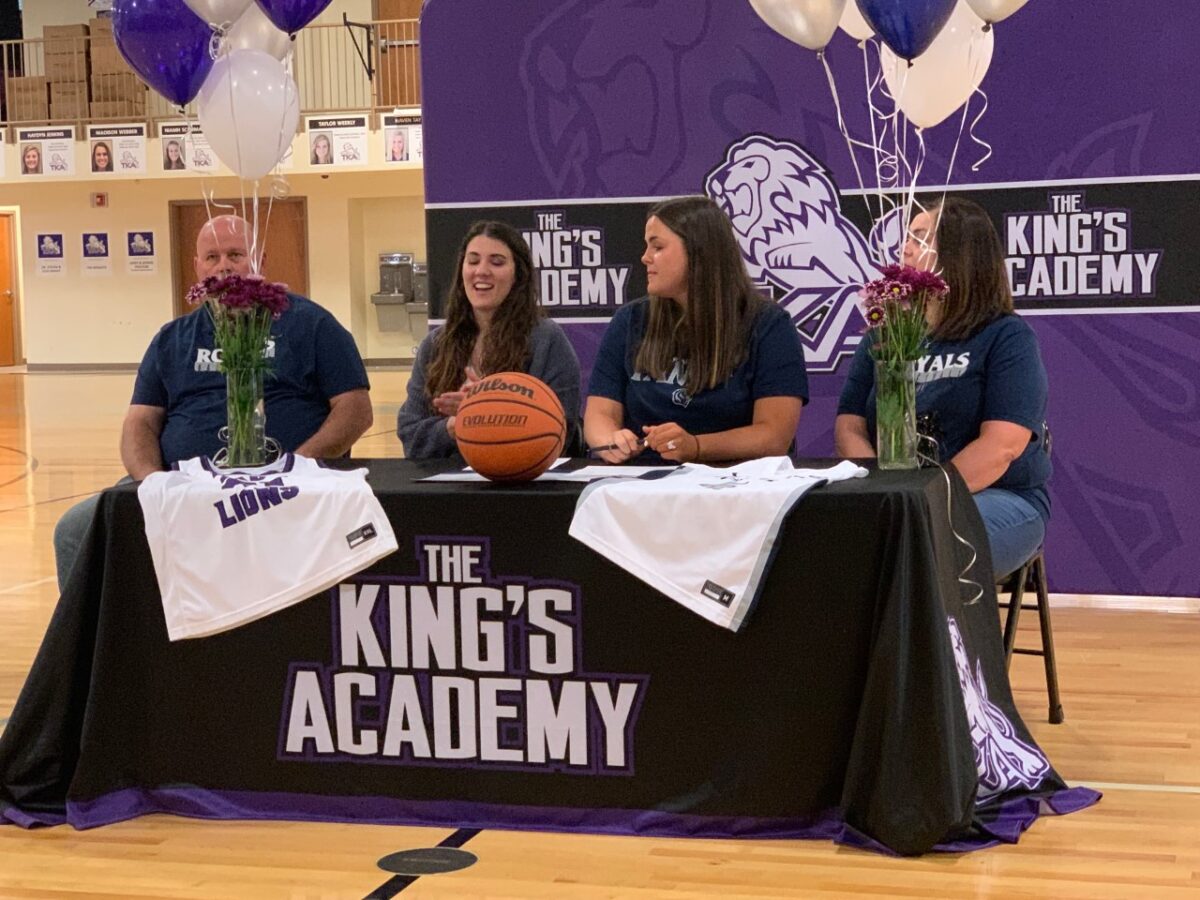 SEYMOUR – McKenna Monger signed her letter of intent to play basketball at nearby Johnson University on Friday afternoon in the TKA gymnasium.

Johnson University head coach Caylee Braziel stated that she discovered McKenna approximately three years ago, and on Friday afternoon, the Lady Royals made the hometown girl one of the family.

“I’ve actually been following McKenna since she was a sophomore,” Braziel said. “We got in touch, and we saw her play and loved her presence down low.” 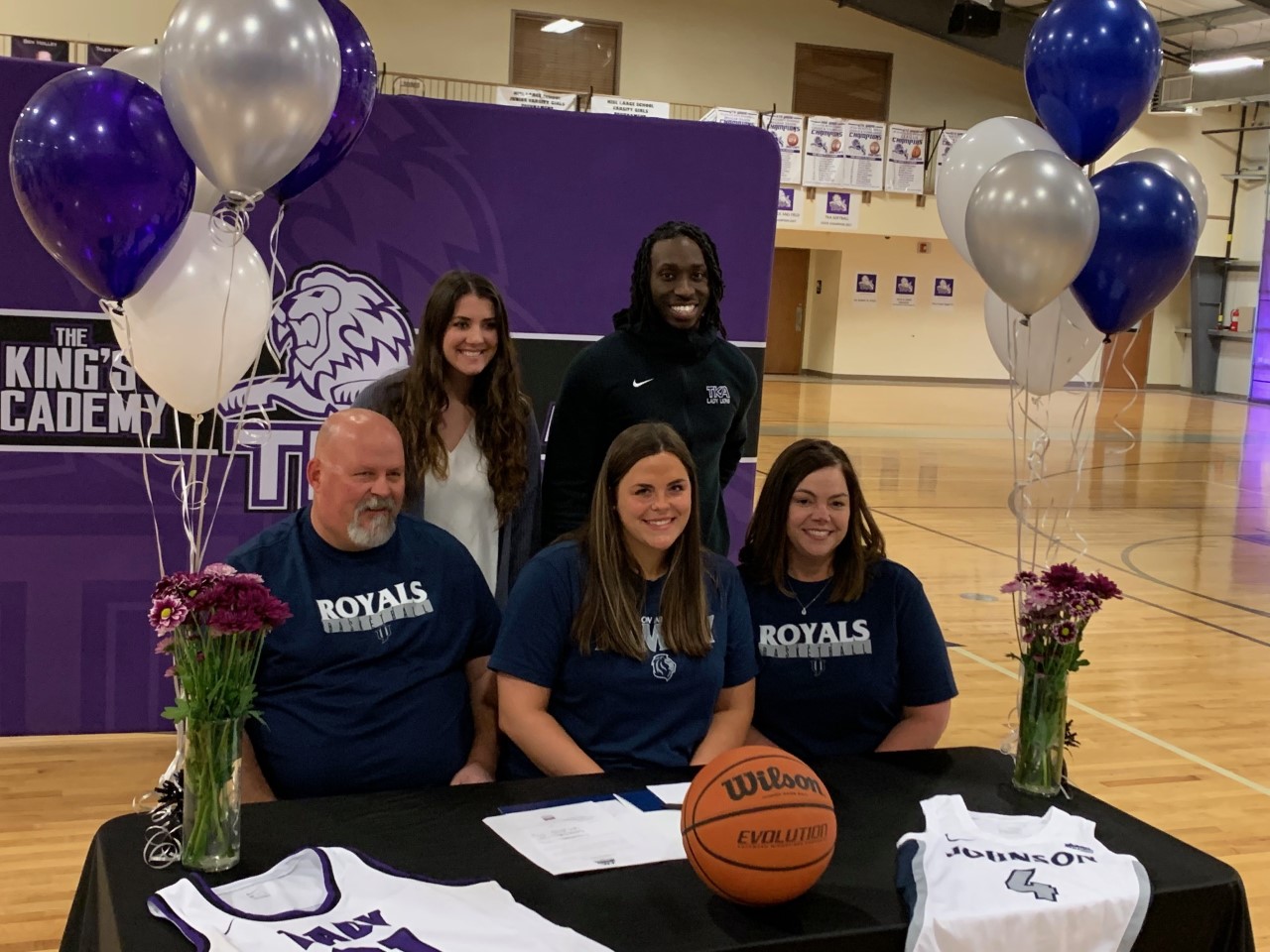 While some young college students might want to branch out and explore, Johnson University and Braziel received a blessing in a skilled post player who chose to stay close to home, as Monger chose Johnson over various other programs.

“It’s like five to seven minutes down the road,” said Monger. “It was so close to home and also the team just felt like family.”

TKA head coach Dante Turnipseed said that while Monger is a solid rebounder, he mentioned to Monger that she needed to add a long-range shot to her arsenal during the offseason and she responded by stretching her range beyond the arc.

“The rebound battle is so important in winning basketball games, and she is going to be able to immediately bring that presence down low and help them get boards and win on the glass.,” Turnipseed said. “Her biggest thing was that she was in volleyball season over the summertime and once school started, she would say, ‘Hey, I’ve got volleyball practice for two hours and then I’ll stay with you for an hour and shoot.'”

After the Lady Lions’ runner-up finish in 2020, the roster started to get thin. Jennifer Sullivan left for Bearden in 2020, while Bailey Burgess soon went the same route, and the Pfieffer sisters did the same, leaving for Alcoa.

This left Monger as TKA’s only senior in 2022. McKenna became a leader early on throughout the 2021-22 season, as she mentored fellow freshman center Brady Branham and junior guard Juleigh Anne Tucker.

Regardless of the turnover, Monger stayed the course and continued to be a mainstay and a force in the paint for the Lady Lions. 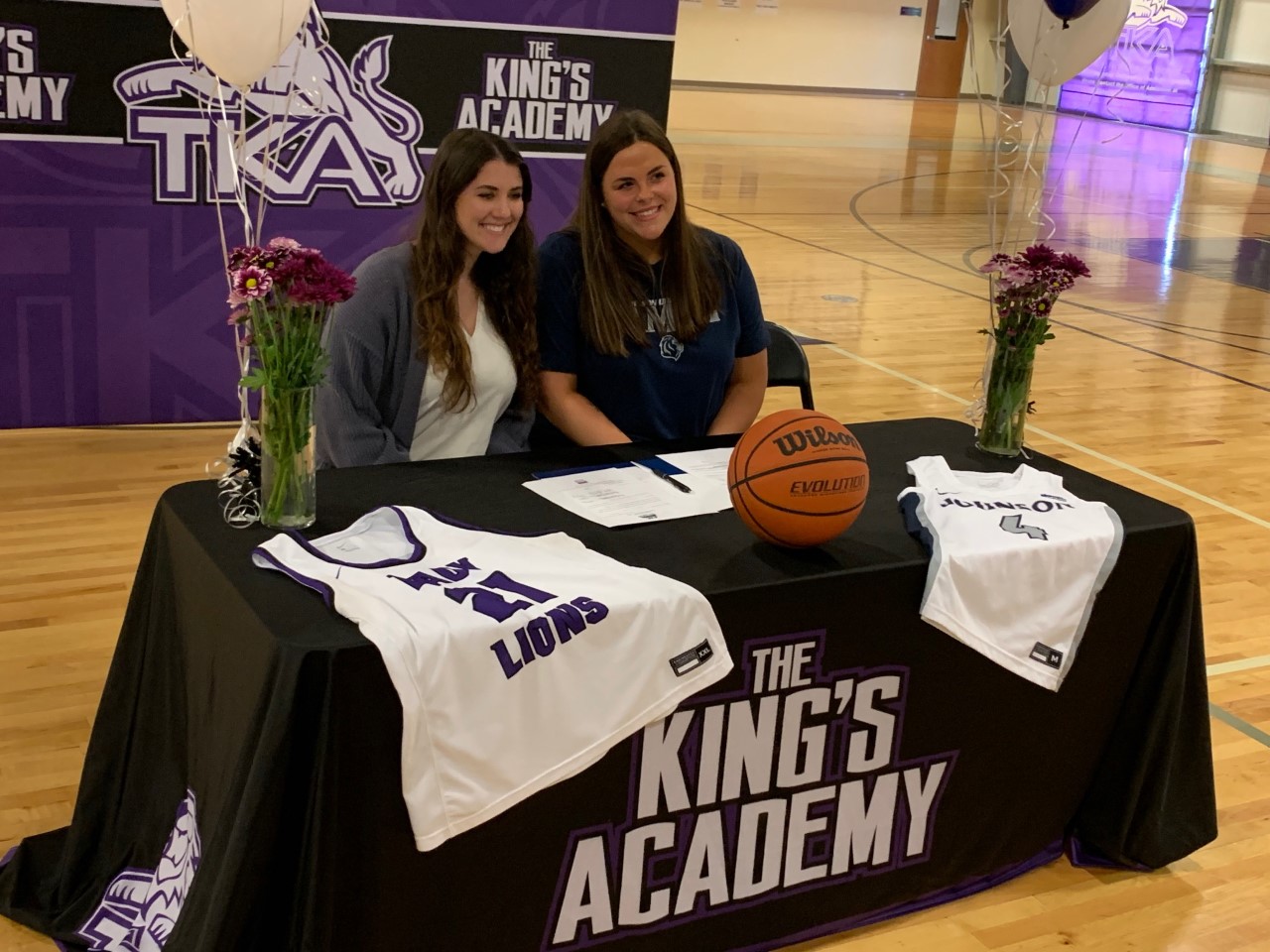 “It made me step up and it also made my teammates step up, so it was kind of like a team bonding thing,” Monger said. “I didn’t feel like it was all on my back because I had freshmen stepping up and juniors and sophomores, it didn’t really matter. We all just came ready to play when it was time to play.”

Turnipseed feels that Monger’s hustle and work ethic will give her the opportunity to gain early playing time at the next level.

“I think she will be a big asset because she is a great rebounder, and she has probably the best post moved I’ve seen around here,” Turnipseed said. “She works on that, and she’s been able to step out and shoot the three. I know that at the beginning of the year, that was a big problem for her, but I just tried to give her that confidence and tell her to let that fly.”

Monger is one of the rare athletes that plays four sports, as the senior has lettered in volleyball, basketball, softball and track. When you consider the fact that she is signing a basketball scholarship, it really gives a glimpse of the work that one puts in while still contributing to her duties in the various sports.

I think we can come to the conclusion that juggling a college class schedule and basketball will be the least of McKenna’s worries!

Always keep in mind that McKenna will just be playing basketball down the road and that almost all of her home games will be closer than any of TKA or Seymour’s opponents!