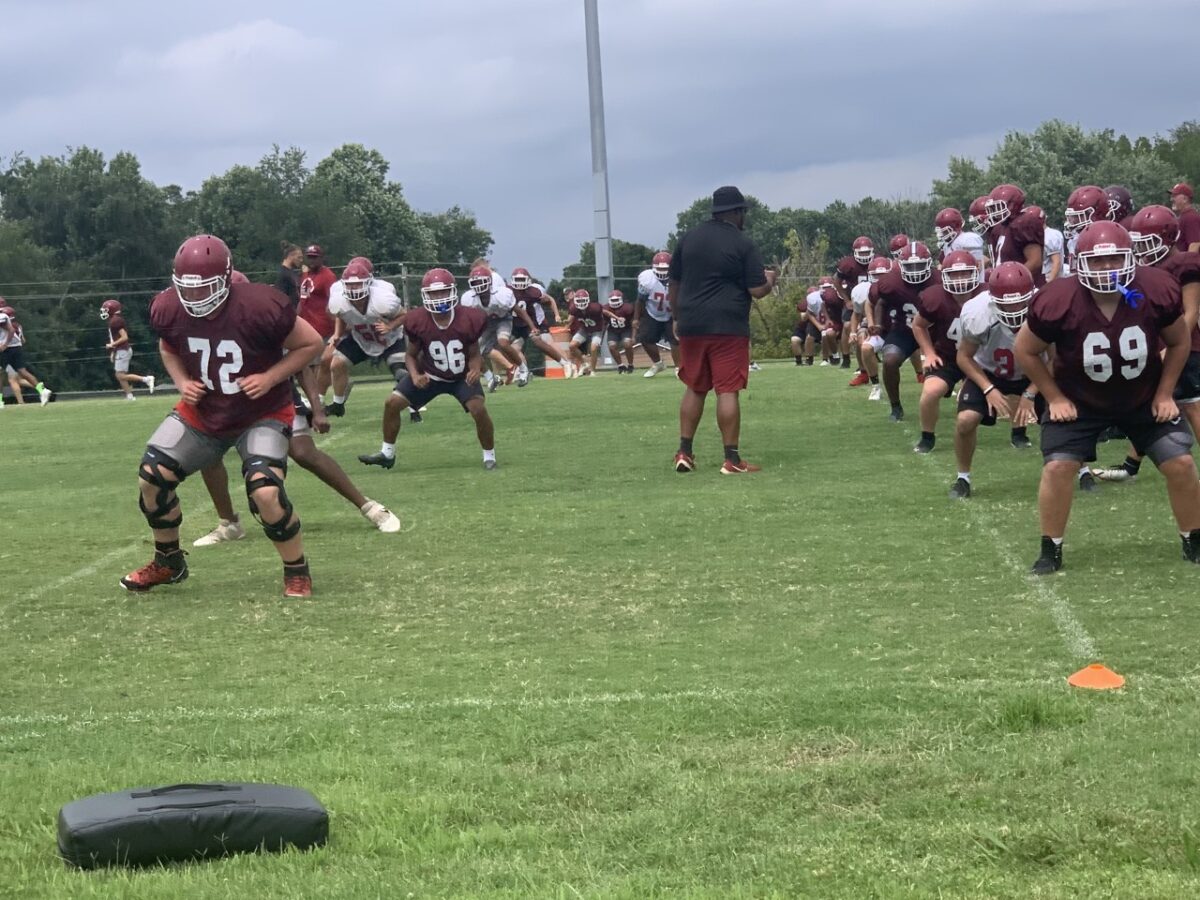 Last year, Morristown West finished 5-6 overall (5-5 regular season, 0-1 postseason). The Trojans went 4-0 at home but due to some mental mistakes, according to head coach Alvin Sanders, they weren’t able to close out wins on the road.

This year, getting the players ready, not just on the field, but mentally, has been the focus. Sanders said the goal is for this year’s team to be better mentally prepared to handle the twists of turns in a game than last year’s squad was.

When asked if he feels this team is better than last year’s, he said it is too early to figure that out. This year’s team needs to get involved in actual game play (such as the scrimmages) and see how they handle action against players not on their team to figure that out.

He also said that no decision has been made about who will be quarterback or any position for that matter. They are all up for grabs until the final decision is made in the final days leading up to the Kickoff Classic against Morristown East.

When it comes to quarterback, there are two possible seniors, and one other from each of the other three classes. Malakhi Isom has the most in-game experience of the five, but no spot is guaranteed yet.

Coach Sanders also said that liked what he saw when West took part in a 7-on-7 at Cherokee earlier in the summer, in how they played as a team, worked hard, and had fun with each other. He hopes those three things never stop throughout the season. 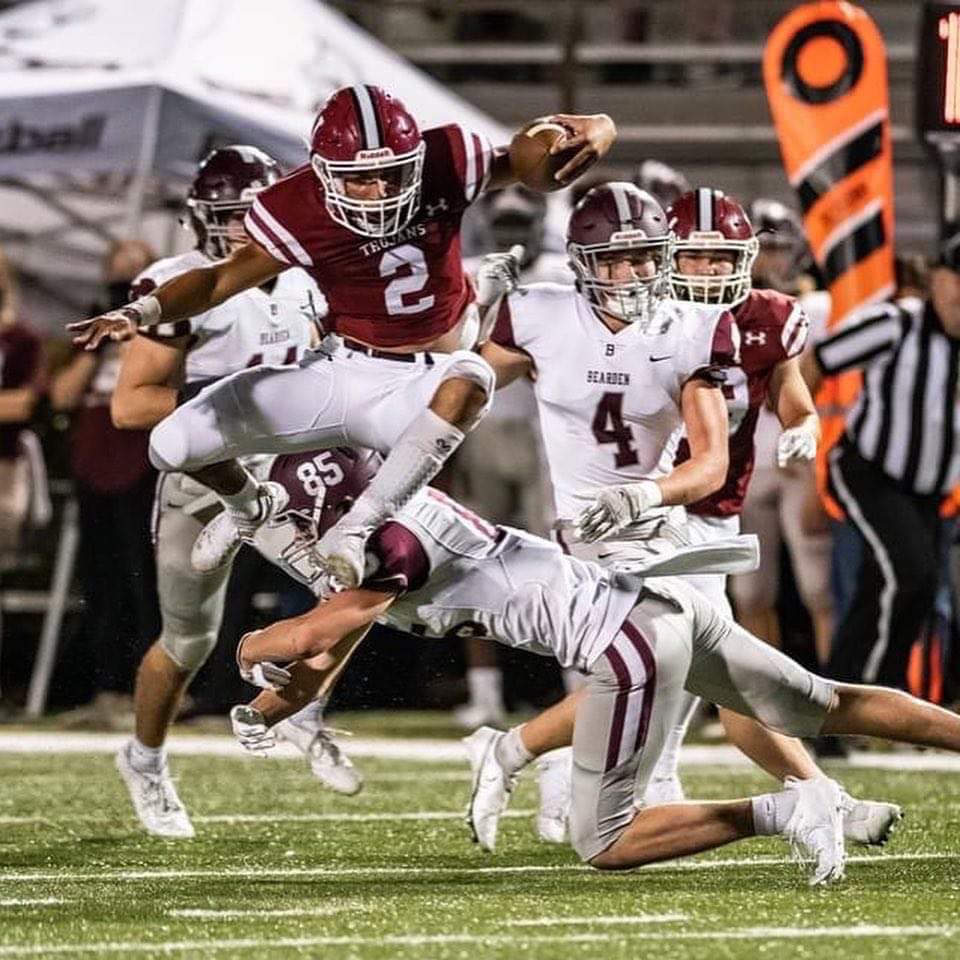 Trojan running back Tison Johnson (2) hurdles a Bearden defender during the 2021 season.

“Football is a fun sport and if they keep having fun, working together and enjoying each other as teammates, then they will be okay,” Sanders said.

He also added that football is a sport where you keep learning all four years.

“There are some that are taking part in practices this year who haven’t played school ball before and others who have more than a year of experience,” Sanders said. “They are all learning new things and will continue to every week and every year. All the more reason to not only teach them the game physically but also prepare them mentally.”

Morristown West improved from two wins in 2020 to five wins in 2o21, as the Trojans dropped from Class 6A to Class 5A in the 2021 realignment. West looks to build on the momentum of 2021 and battle for a championship in a region that includes Daniel Boone, David Crockett, Cherokee and Tennessee High.