Cosby is coming off a disappointing season, which saw the Eagles finish 1-8 and having to defeat Hancock County in the season finale for their lone win of the season. 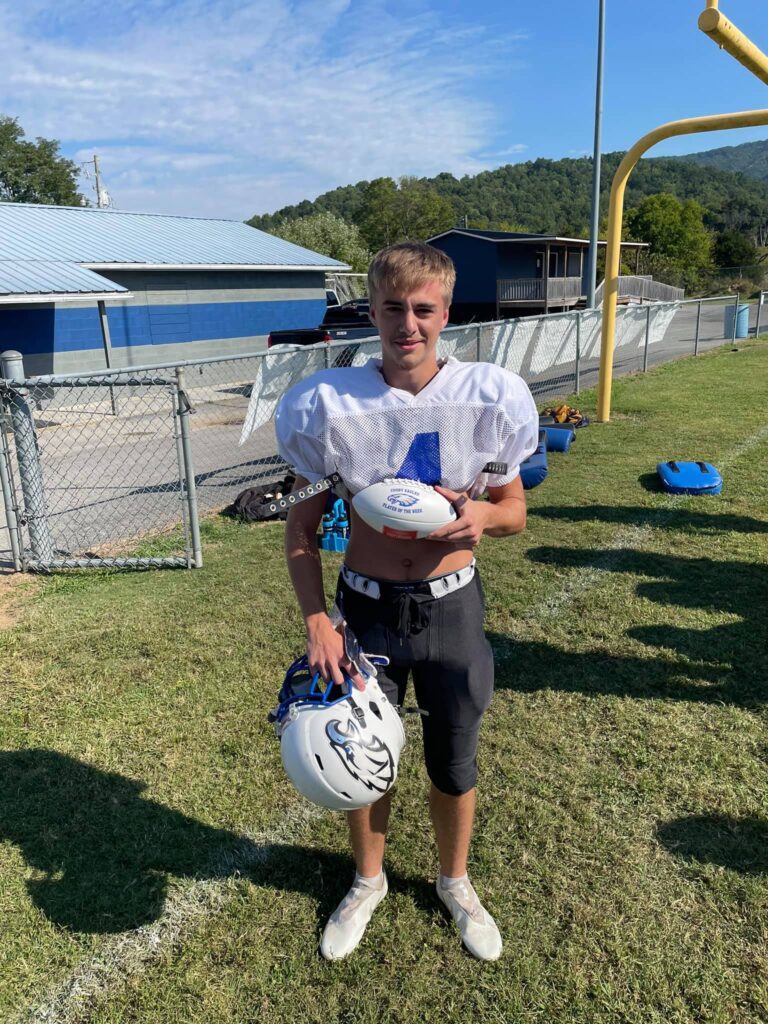 Wide receiver and defensive back Hayden Green will play a large role in Cosby’s success in 2022.

Hall, however, is optimistic about the 2022 season, partly because Cosby returns key playmakers in quarterback Tyler Turner and receiver Hayden Green.

“Tyler throws a really good deep ball and Hayden is going to be really explosive with the ball in his hands,” Hall said. “I feel like we’ve got a chance to be competitive and win some games. The success we had in the spring has us more excited for the season than we have been (in years past).”

The Eagles lose linemen Sawyer Barnes and Keenan Ellison, along with linebacker Dominic Cowles to graduation, who each played key roles for Cosby in 2021.

Cosby had two basketball players come out for the team in 2022 in Ivy Poe and Kyler Davis.

“He showed up in the spring and was a difference-maker right off the bat,” Hall said of Poe.

While losing a bevy of seniors, Cosby welcomes back offensive coordinator Levi Cooper, who graduated from the school in 2005 and came back to coach the Eagles’ offense for seven years before becoming Sevier County’s special teams coordinator.

Cooper was at Sevier two years before moving to Morristown East as offensive coordinator for three years. Hall piqued Cooper’s interest in coming back to Cosby and was able to steal the alumnus away from a 6A school to come back home.

“It’s good to come back home,” Cooper said. “It’s definitely a move that’s right for our family and we’re excited to be home.”

Cooper ran a spread-option offense at Morristown-East and brings that offense back to Cosby, where he plans to revitalize the Eagles offensive attack.

There is plenty to be excited about and the sky is the limit for Cosby, as the Eagles will open up play at home against Sunbright on Friday, August 19.