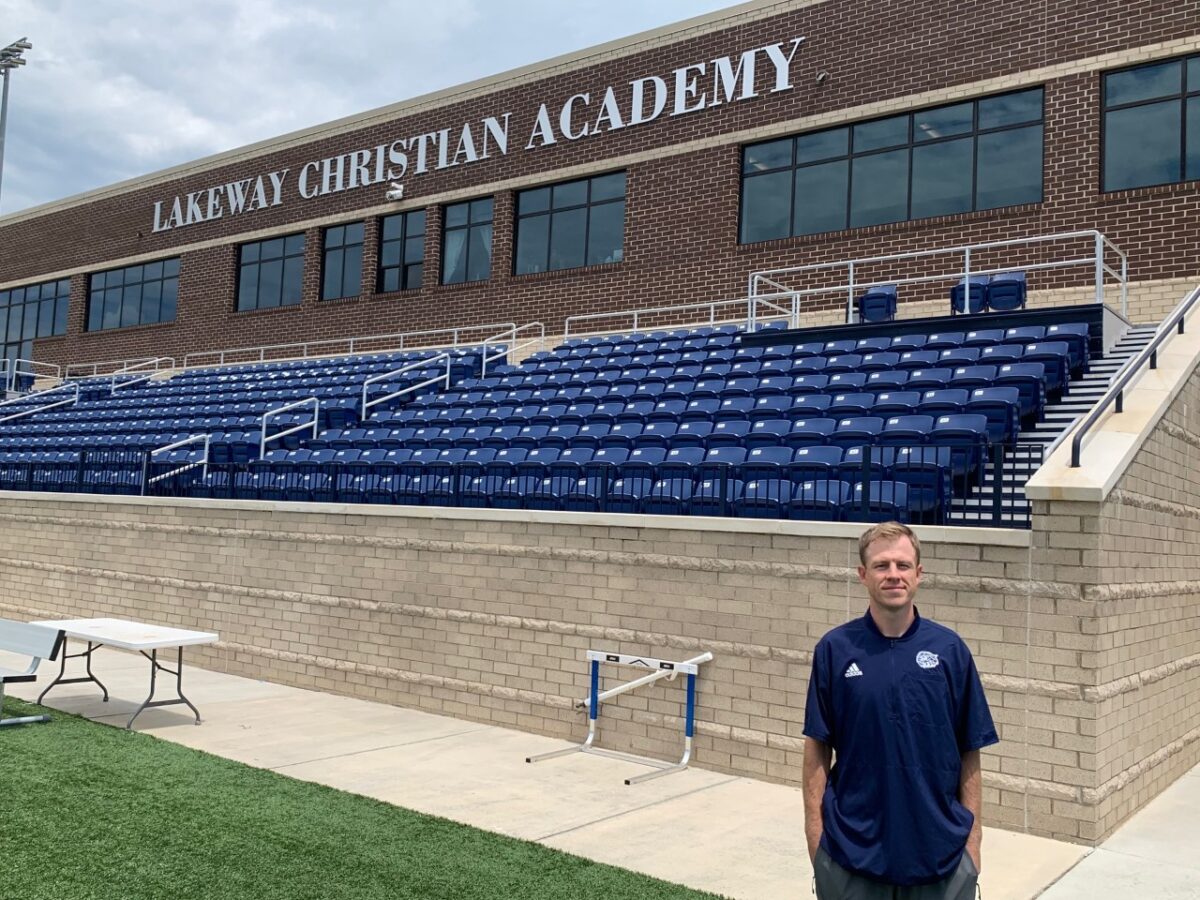 Lakeway Christian enters its third season as a football program looking to find its footing in Division II Class A. The Lions made big strides in 2021, finishing 4-7 (thanks to a pair of COVID-19 wins) and the school’s first ever playoff berth before losing to Nashville Christian 41-7. 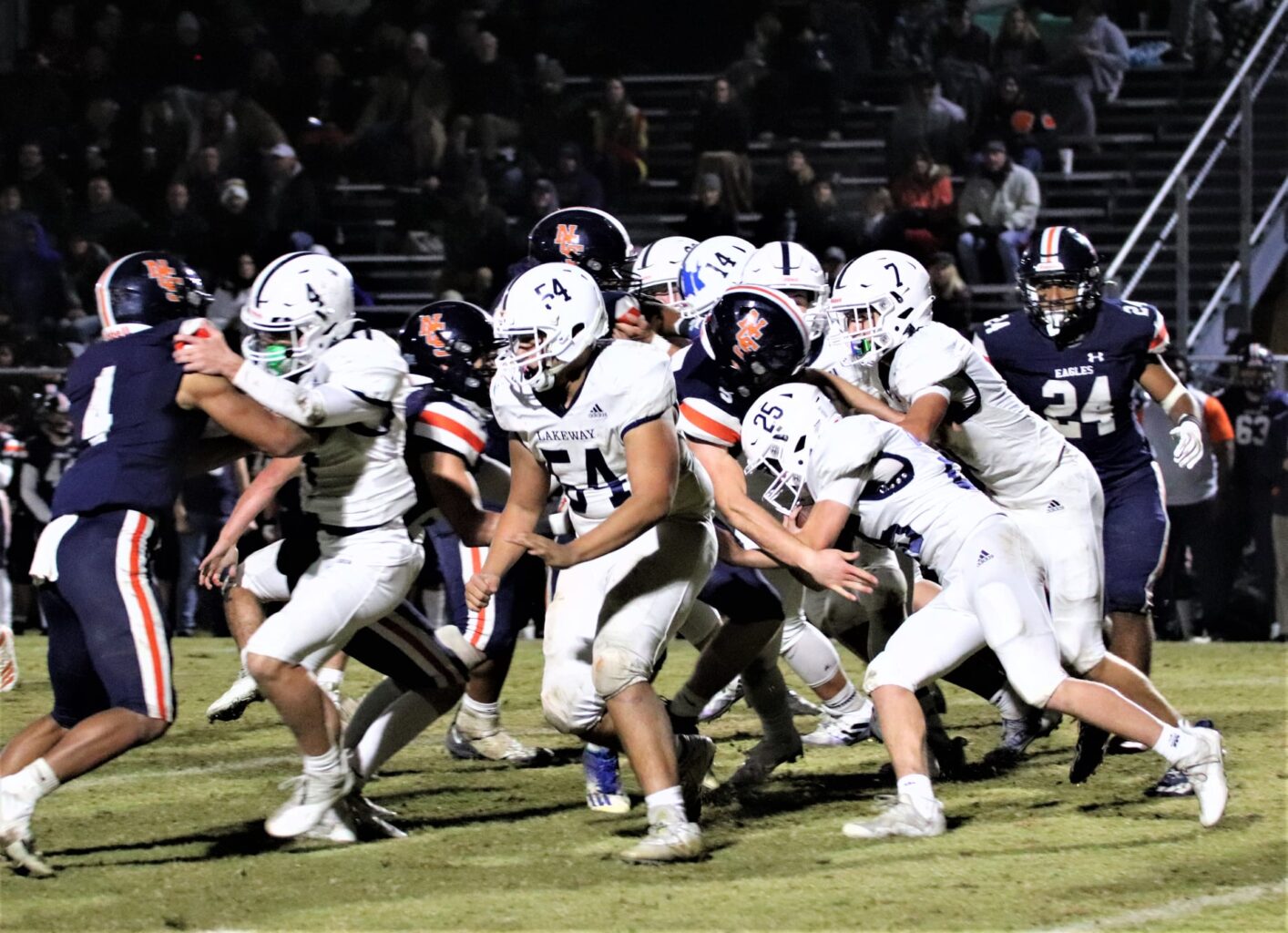 While the 2021 campaign doesn’t seem like strides for some teams, it certainly was after Lakeway did not win a game on the field in its inaugural season, as its only win — against Lee (VA) — came in the season opener, which was a COVID-19 forfeit.

The Lions picked up the school’s first on-field win in the third game of the 2021 season, in a 49-0 drubbing of North Greene. A 56-19 win over Webb-Bell Buckle gave Lakeway the four-spot in the playoffs, which was a huge accomplishment for a program in just its second year.

The 2022 campaign, however, will see a new face at the reigns, as Thad Wells takes over as head coach after leaving his job as quarterback analyst for the University of Virginia. Wells is the third Lakeway Christian football coach in its three years as a program.

“At UVA, I just spent my season there trying to figure out what I wanted to do, whether it was to stay in college (or go back to high school),” Wells said. “I applied and was talking to some small college jobs. I was looking at NAIA and some jobs at that level. I just applied across the southeast and wanted to see where the Lord was going to take us. I had an offer at a school near Atlanta at a high school, but then this kind of came out of nowhere. I didn’t even know about Lakeway and I was raised two hours from here in Virginia, near Bristol, so I’m very familiar with this whole area, but I didn’t know that this place was put in.”

While Wells had not heard of Lakeway, he said it was just by chance that he found out about the job opening before he accepted the Atlanta job.

“One of my best friends, a defensive coordinator, who is here now, he got a text from his aunt, who lives here, and told him Lakeway had an opening, and I didn’t know anything about it,” Wells said. “I went online and checked it out and applied. That was on a Sunday and that Sunday I was talking to Dr. Cline, head of schools and just went through the interview process and everything. We were still waiting on this to close and the offer to be official and my wife and I turned down the Georgia job without this even being on the table because we saw how much potential there was here. We waited it out and everything worked out for the best.” 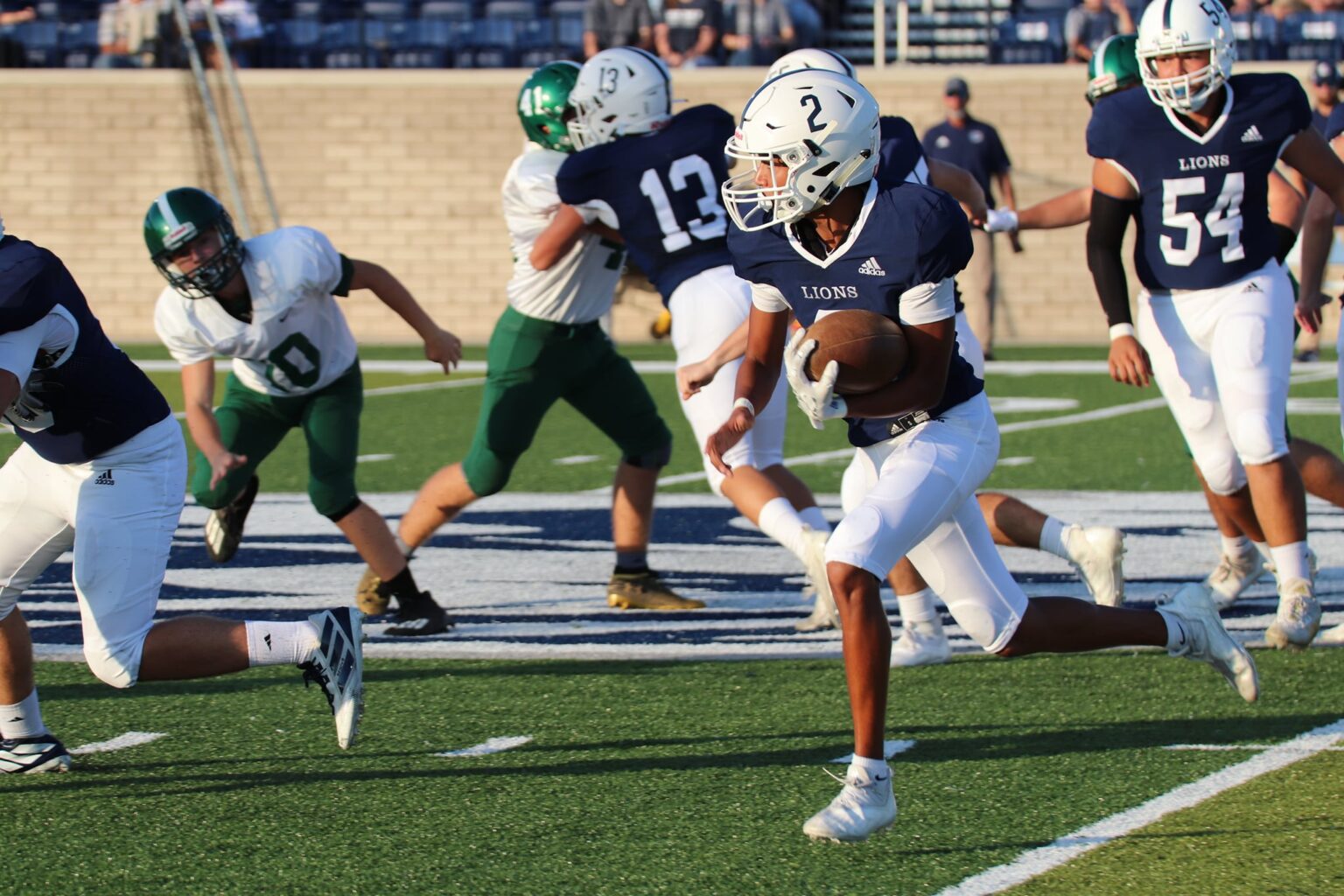 Shajai Jackson (1) looks for running room against North Greene in 2021. The Lions won the game 49-0.

Although Lakeway has yet to have the success in football that it has experienced in sports such as basketball and softball, Wells sees potential for the program as a ‘sleeping giant’.

“Football takes some time to get 22 players on offense and defense versus other sports,” Wells said. “It just takes some time and the one thing we’ve been lacking is consistency. We’ve got to have a head coach who stays and shows that commitment to the school if things are going to come together. We’ve had a lot of new players (come) out, whether they’ve transferred or just come out from different sports. We’ll have college coaches come to recruit these guys and they’ll come on campus and are just blown away. They’re like, ‘Ya’ll have better facilities than us’, and that’s true for a DII or DIII school.”

The Lions have 42 players on the roster for the 2022 season, but only six of those 42 are seniors. However, Wells said the six seniors are some of his best players.

“This is the tallest team I’ve ever coached anywhere I’ve been,” Wells said. “We just have a lot of size and I’ve not been around as much. I’d say we have around a dozen starters back from 2021.”

“Levi is like your point guard, he dishes the ball around to everybody. He’s like having a coach out there — just really dedicated and works so hard,” Wells said. “Lotin Potts transferred and had to sit out last year, and he is like a Tebow style (quarterback). He’s physical and has quickness too. He can really run the ball and has a big, strong arm, so we have two different types of quarterbacks.”

Junior Shajai Jackson will be featured in the backfield and at receiver, as he will take more of a Reggie Bush-like role. Sophomore Jesse Stump and junior TayShaun Blanton will also see time in the backfield.

“Shajai will be one of our leaders,” Wells said. “He’s really, really athletic and shifty. He’s quick and physical for his size. He’ll be kind of a jack of all trades. He’ll be in the backfield; he’ll be a receiver and he’ll move around. He’s also our free safety on defense.”

One of the wildcards for the Lions offense in 2022 will be at the tight end position, as senior Malachi Jim-Lawson looks to play his first high school football game, but already has Division I offers.

“We had a guy come out from the basketball team who is from London, and he’s never played football before,” Wells said. “He’s 6’5 and 230 and the third day of practice — I film all of our practices — I sent his film out and he got an offer for a full-ride to UT-Chattanooga and East Tennessee State. He still has yet to play a down of real football. He’s special.” 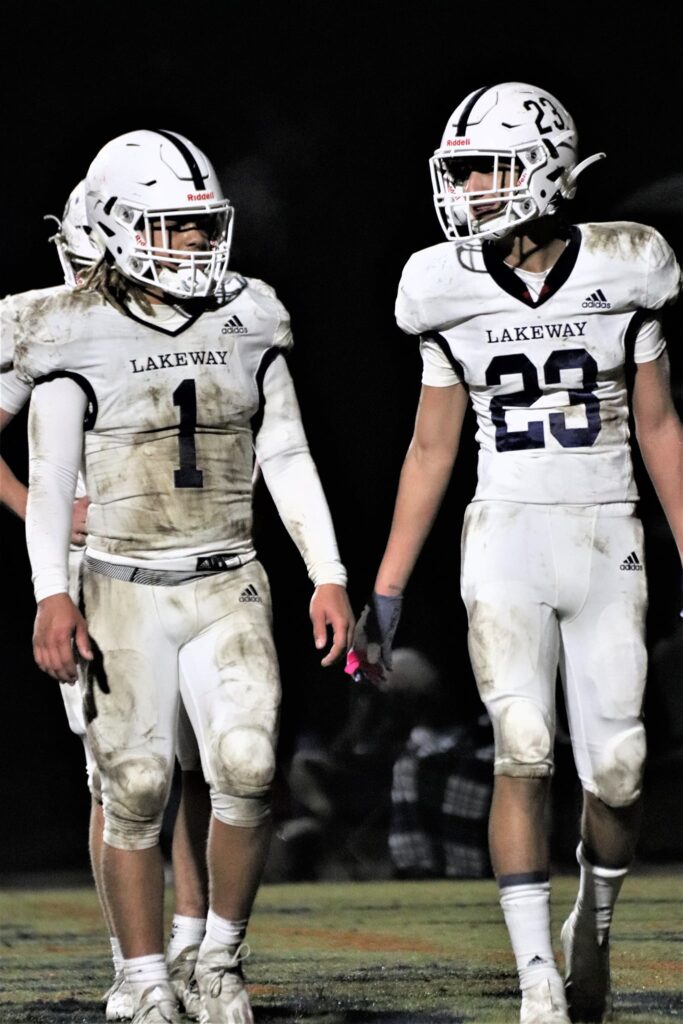 Shajai Jackson (1) and Landon Lacy (23) will be two of the key defensive backs in the Lions’ secondary in 2022.

Another basketball player who will play his first season for the Lions on the gridiron is Caleb Davis, a 6’4″ junior who will also line up at tight end.

“These are two of the best tight ends I’ve ever been around and neither of them have taken a snap,” Wells lamented.

At receiver, Lakeway will feature seniors Hunter Vaughn and Nate Scott, along with speedster Riley Martin.

“Ben Carroll is just a picture-perfect human,” Wells said. “He’s an amazing kid who will do anything. He’s been a tight end, he’s an offensive and defensive lineman. He’s one of our guys who you will see as one of our main leaders and captains.”

Defensively, Jim-Lawson will line up at defensive end, along with Caleb Davis lining up at the other end position. Kegan Tennell will play the nose guard position, rounding out the offensive line.

Seniors Nate Scott and Ethan West will start at linebacker, along with rising sophomore Sam Knight.

Shajai Jackson will man the secondary at free safety, along with sophomore Landon Lacy, while junior Riley Martin will handle kicking duties for the Lions on special teams.

Lakeway Christian will kick the season off at home on Friday, August 19 against Grace Christian of Knoxville. The Lions fell to the Rams 59-0 in 2021.