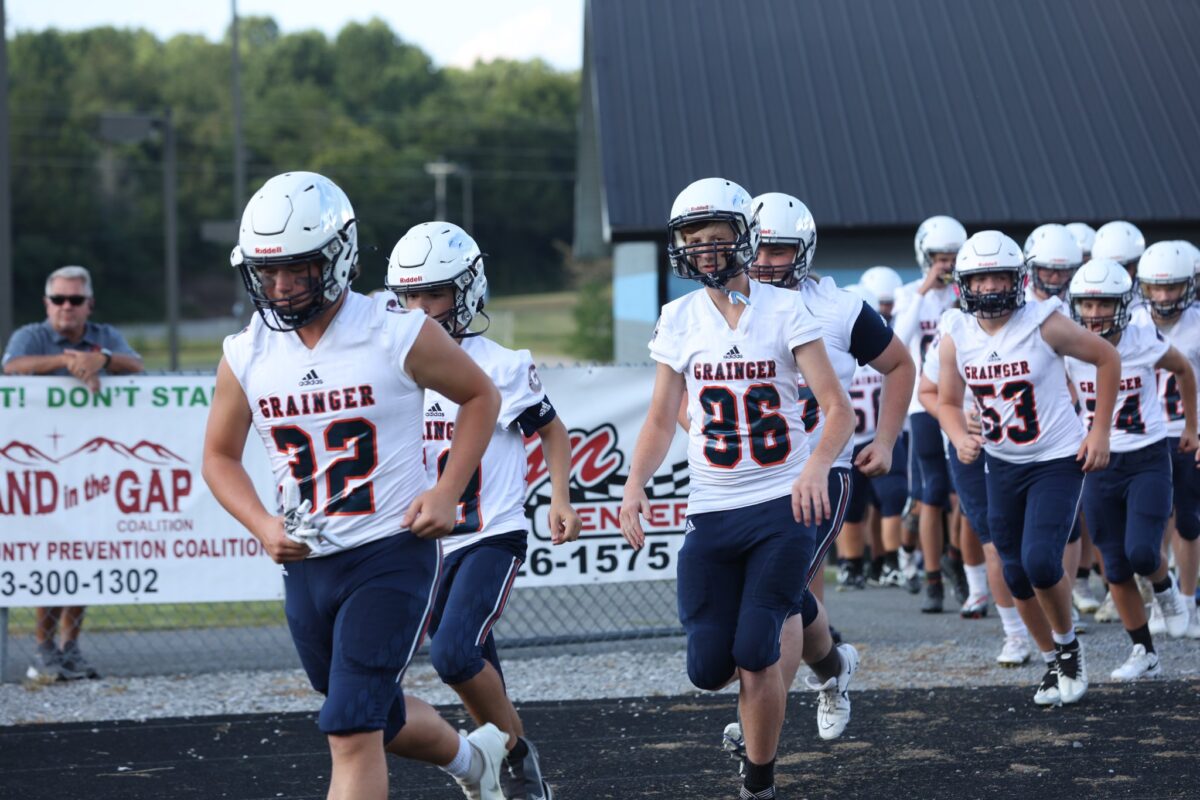 CUMBERLAND GAP – Despite some big plays by Cumberland Gap, Grainger’s hard-nosed ground game wins the night with a 42-32 victory over the Panthers.

Friday night started with an explosive play from Cumberland Gap’s sophomore running back Brayden Painter as he took the opening kickoff 80 yards to start the game with a six point lead. Panthers sophomore tight end Allen Brooks followed up with the two-point conversion to improve the score to 8-0. 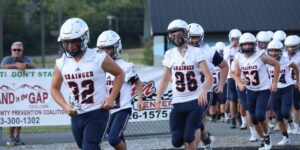 Grainger Grizzlies jog onto the field for warmups ahead of Friday night’s game against Cumberland Gap. Photo by: Alice Grigsby Lawson

Grainger’s first drive of the game ended with a two-yard run into the end zone, the PAT was no good. Panthers keep the lead 8-6. But the Grizzlies weren’t done yet, on a subsequent drive junior running back Dawson Fowler ran in from four yards out and senior running back Tucker Gillette carried in for the two-point conversion. Grizzlies took a 14-8 lead into halftime.

After an extra hour of half time due to a storm delay, the teams come back out for the second half and Grainger gets out to a quick start.

Dawson Fowler scored first in the third quarter on a two-yard run and then his brother Dylan converted to add on two more, increasing the lead to 22-8. Dylan followed up that conversion with a 39-yard scoop and score on a Panthers fumble.

On the very next play, the quickness of Gap’s Painter leads to another 80-yard kickoff return to add six more on the board.

To close out the third quarter, Grainger senior quarterback Bryson Bennett rushed for an eight-yard touchdown. In the final segment, Bennet took to the air hitting Dylan Fowler on a 39-yard pass, Fowler took the conversion in to add two more.

Grainger lead throughout the night with their ground game resulting in 326 yards of total offense to Cumberland Gap’s 205 yards. They also forced three turnovers. 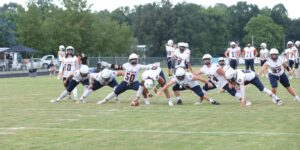 Grainger Grizzlies warmup on the field ahead of Friday night’s game against Cumberland Gap. Photo by: Alice Grigsby Lawson

Senior running back Tucker Gillette was the star on offense with 12 carries for 108 yards and one touchdown. Dawson Fowler rushed for 53 yards and two scores. Bryson Bennett threw for 86 yards with a touchdown. Jacob Brown had 11 rushes for 97 yards.

For Cumberland Gap, the standout was Brayden Painter who twice returned a kickoff for 80 yards and a touchdown. Painter also led the team with 10.5 tackles as well as a rushing touchdown.