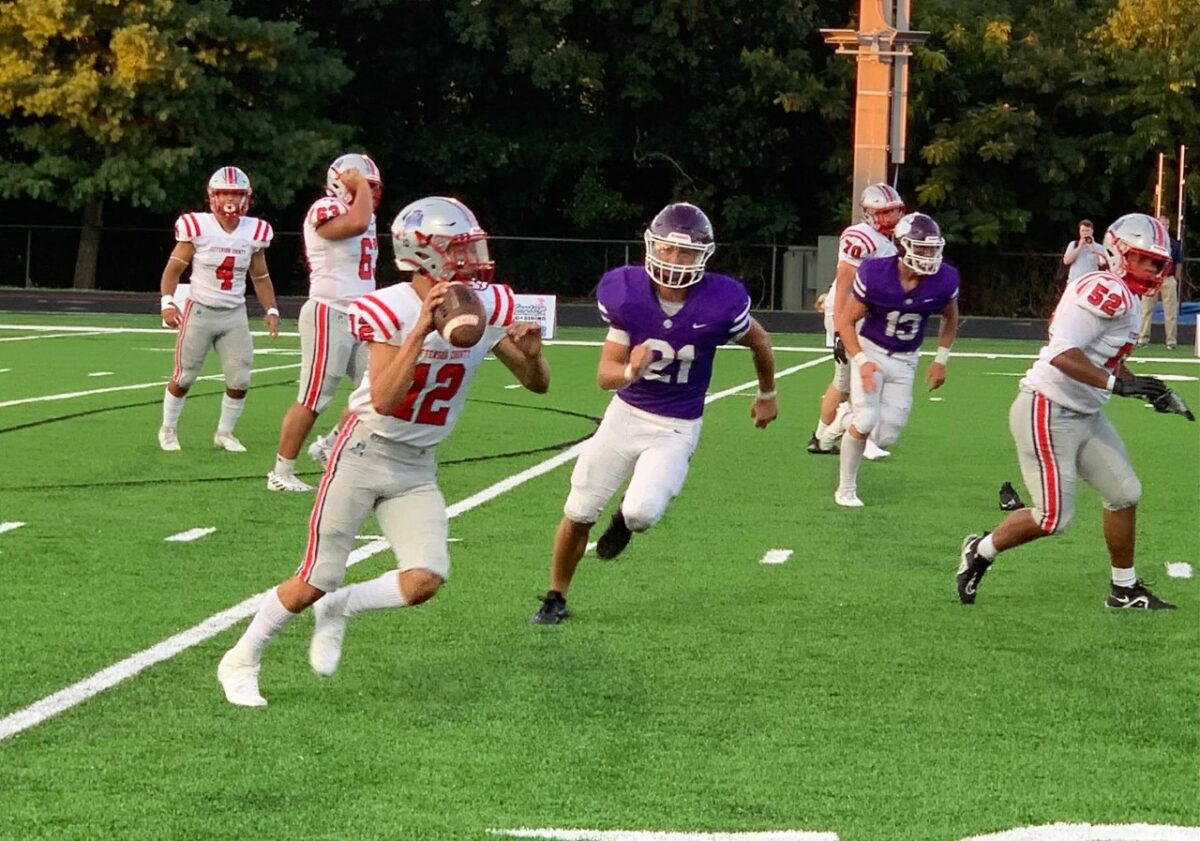 SEVIERVILLE – If you like a lot of scoring and offensive firepower, then Thursday night’s game between rivals Sevier County and Jefferson County was not for you.

It was a defensive slugfest, especially in the second half, as Sevier County scored on its first drive and Jefferson County scored in the second quarter, with the only difference being a blocked extra-point that gave the Smoky Bears a 7-6 season-opening win. 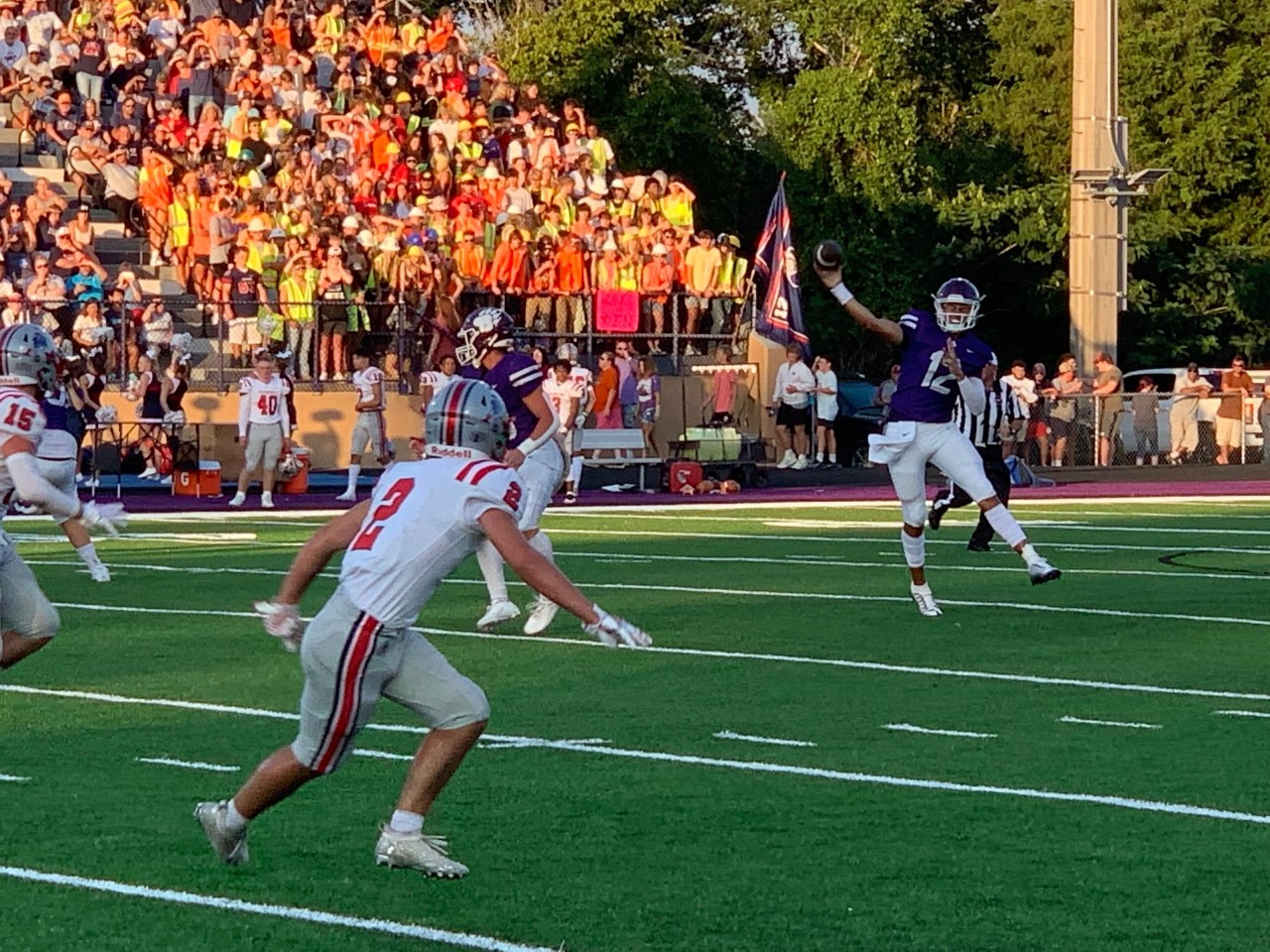 “I’ve never heard of an ugly win,” Sevier County head coach Todd Loveday said. “I’ll never apologize to win any kind of game. Jefferson County is a physical team with athletes mixed in there and are very tough to handle. Our guys just never panicked.”

Sevier County scored on its first drive when Christian Hoffman went into the end zone for a 1-yard touchdown on a quarterback sneak with 6:27 remaining in the opening quarter, which would be the Smoky Bears only points of the game.

Jefferson County answered in the second quarter when quarterback Izaiah Hall found Bryson Letterman on a heave to make the score 7-6. The extra-point was blocked, however, which was ultimately the deciding factor in the game.

Neither team scored in the second half, but Hoffman had a key pass on third down in the fourth quarter, as he found Jude Costner for a big gain across midfield.

The Patriots would get the ball back with roughly 2o seconds remaining, but Hall completed a pass inbounds, which ended the game, as Jefferson County was unable to get another snap off as time expired. 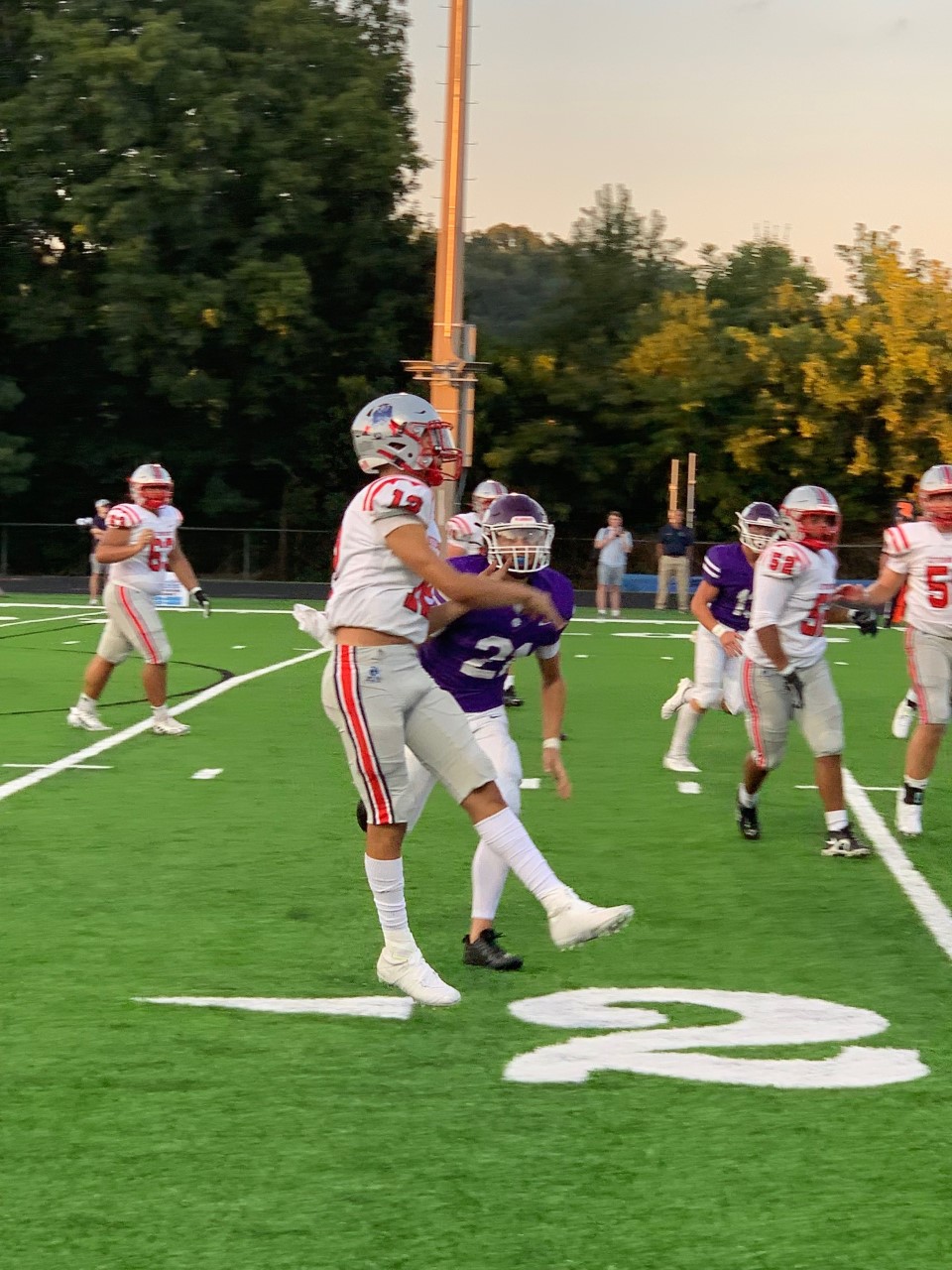 “Defensively, we didn’t play great — we played better, yes,” Riley said. “We did enough to keep them stopped from scoring, but we didn’t play how we were capable of playing.”

Sevier County threatened again late in the third quarter, but the Smoky Bears were turned away inside the 10 when they elected to go for it on fourth down rather than kick the field goal.

Jefferson County put together a solid drive early in the fourth quarter, but penalties derailed the drive, moving them back into their own territory.

The Patriots advanced to the Sevier County 32-yard line, but Hall’s fourth down pass was knocked down by Mason Ellis, ending the threat.

“Some games will be like this and some games, you might have a bunch of scores,” Loveday said. “You never know which plays are going to make the difference and you can point to three or four tonight that were huge plays. A lot of guys stepped up and made huge plays on big downs.”

Isaiah Hall threw for 258 yards and one touchdown on 19-of-33 passing, while the Patriots limited Hoffman to just 73 yards on 9-of-18 passing and forced one interception. 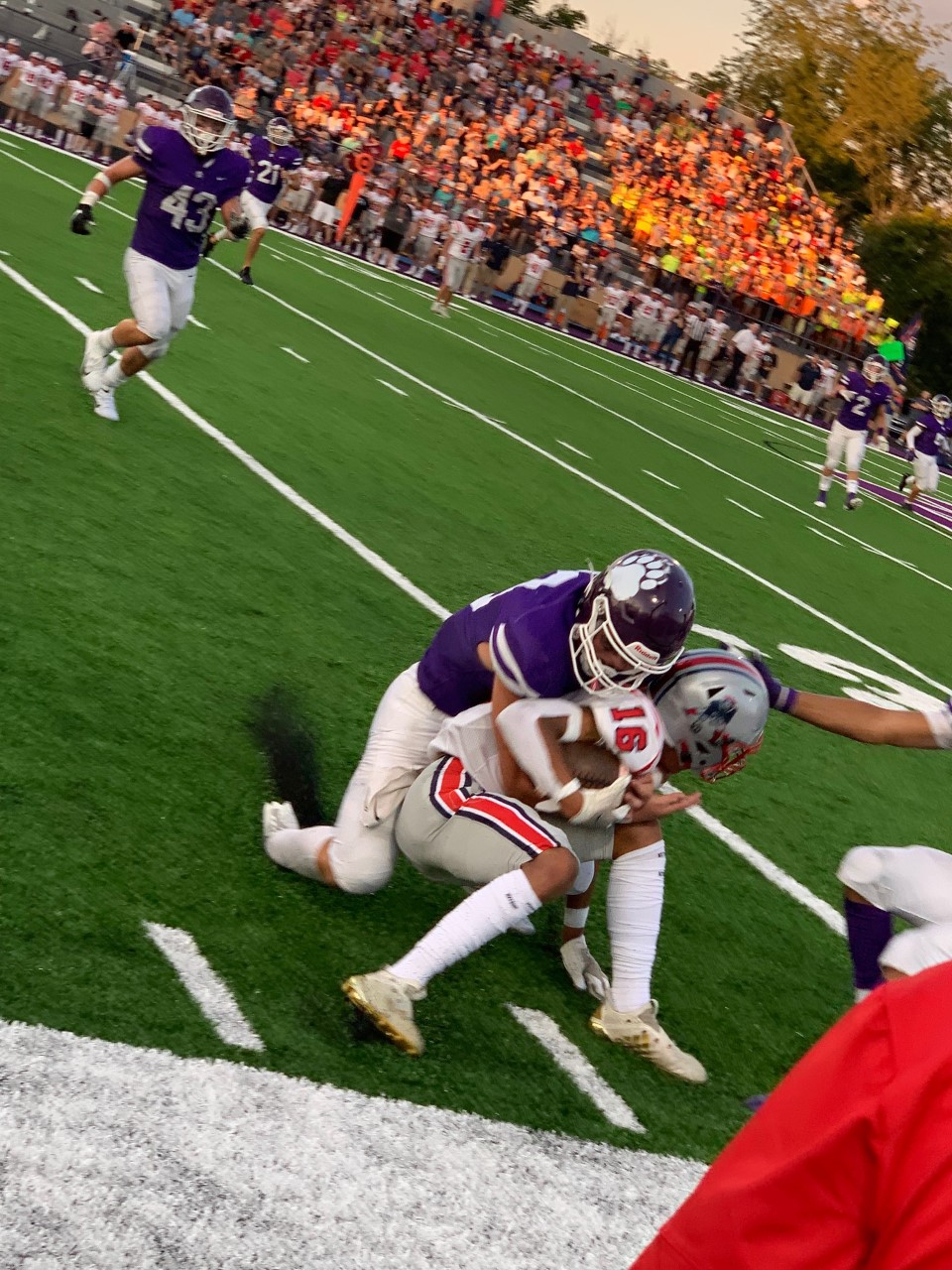 Jefferson County’s Keane Phipps (16) is forced out of bounds by a Sevier County defender after making a reception. Photo by Brian Hamilton

The Patriots finished the game with 12 first downs, to Sevier County’s 10.

“We thought we could limit what they do offensively, and I think we did,” Riley said. “Offensively, we hurt ourselves by penalties and turning it over and not doing some good things on special teams. We just can’t do those things and expect to win a close football game. This is a great learning lesson for us. I’d rather have it today than five weeks from now.”

Jefferson County will get an opportunity to bounce back at home against Cocke County on Friday, August 26. Sevier County will travel to Carter next Friday, as its defense will be tested against the up-tempo air-raid attack of the Hornets.