KNOXVILLE – Carter did not start the season the way Coach Justin Pressley had hoped after a solid showing in last week’s jamboree at Knox Central. The Hornets kept pace with Webb early, trailing just 19-14 at the half, but a 27-point second half by the Spartans sent Carter home with a 46-21 loss. 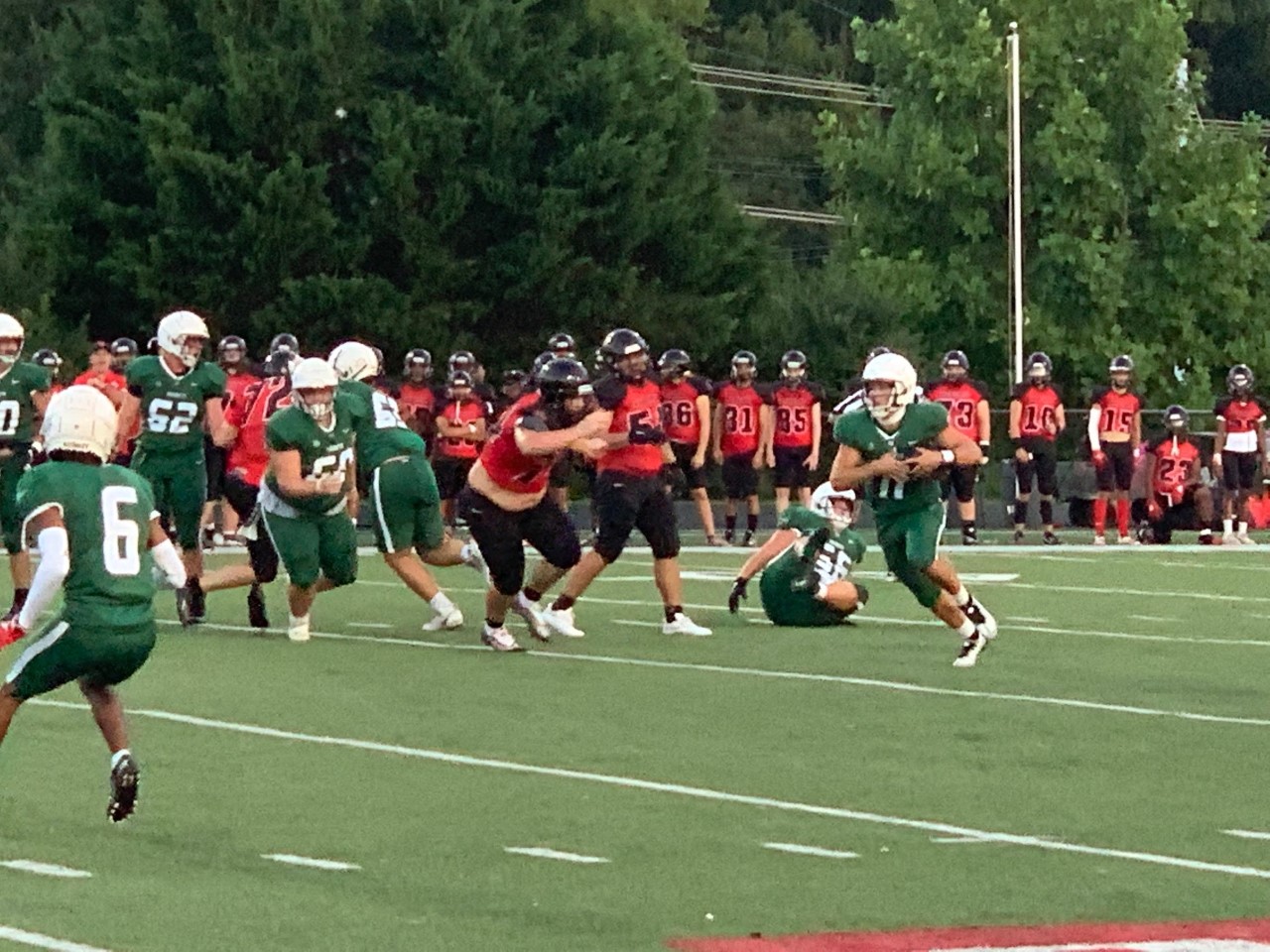 Carter quarterback Chandler Wilson (11) runs for a first down during the Hornets’ jamboree game against Knox Central. Photo by Brian Hamilton

Pressley was unable to coach the game however, as he served a suspension for being ejected during last season’s first round playoff loss to Elizabethton, as Carter assistant Dustin Dudley served as head coach for the game.

“We’ve got a lot of stuff to work on,” Dudley said. “Webb is a heck of a ball team and I’m not going to take anything away from them, but we had some screw ups on special teams. It’s all flexible.”

“We’ve got the score written on the board, man,” Webb quarterback Charlie Robinson said of the 2021 loss. “That’s all we came into this game thinking about.”

The Hornets got on the board first, as Chandler Wilson found Brody Blankenship for a 2-yard touchdown pass and a 7-0 lead. Webb responded later in the first when Robinson hit Shavar Young for an 18-yard touchdown to tie the game at 7-7 after one quarter.

Webb took a 13-7 advantage when Robinson found Young again for a 21-yard strike in the second quarter. Carter regained the lead 14-13 on a 4-yard Wilson run.

Robinson found Young for a 9-yard touchdown pass — the duo’s third scoring connection of the night — but missed the 2-point conversion for a 19-14 halftime advantage.

The Spartans continued their onslaught in the second half, as Robinson ran for two touchdowns in the third quarter to give Webb a 33-14 advantage.

Spencer Russell hauled in a 16-yard touchdown pass from Wilson late in the third quarter to trim the Spartans’ lead to 33-21 going into the fourth period.

Wilson finished the game with 252 yards and two touchdowns on 37-of-44 passing. The senior also went for another touchdown on the ground. Robinson had 172 yards on 11-of-13 passing and three touchdowns, while adding two rushing touchdowns.