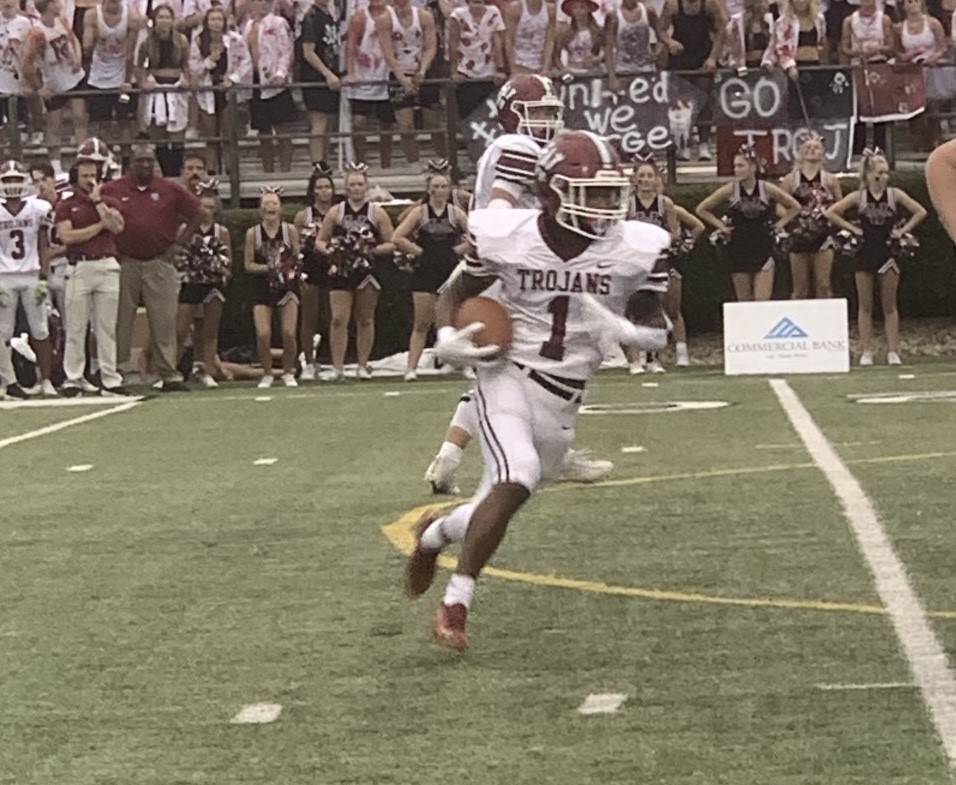 In the annual area high school “kickoff” game of the season, the 2022 version of the Kickoff Classic saw Morristown West come storming out of the gate and then cause problems with interceptions and stifling defense to beat Morristown East 24-7.

Morristown East coach Caleb Slover also brought up their Achilles heel in 2021 continued, which was the inability to finish drives including in the final quarter when turnovers killed the Hurricanes’ chances to score. 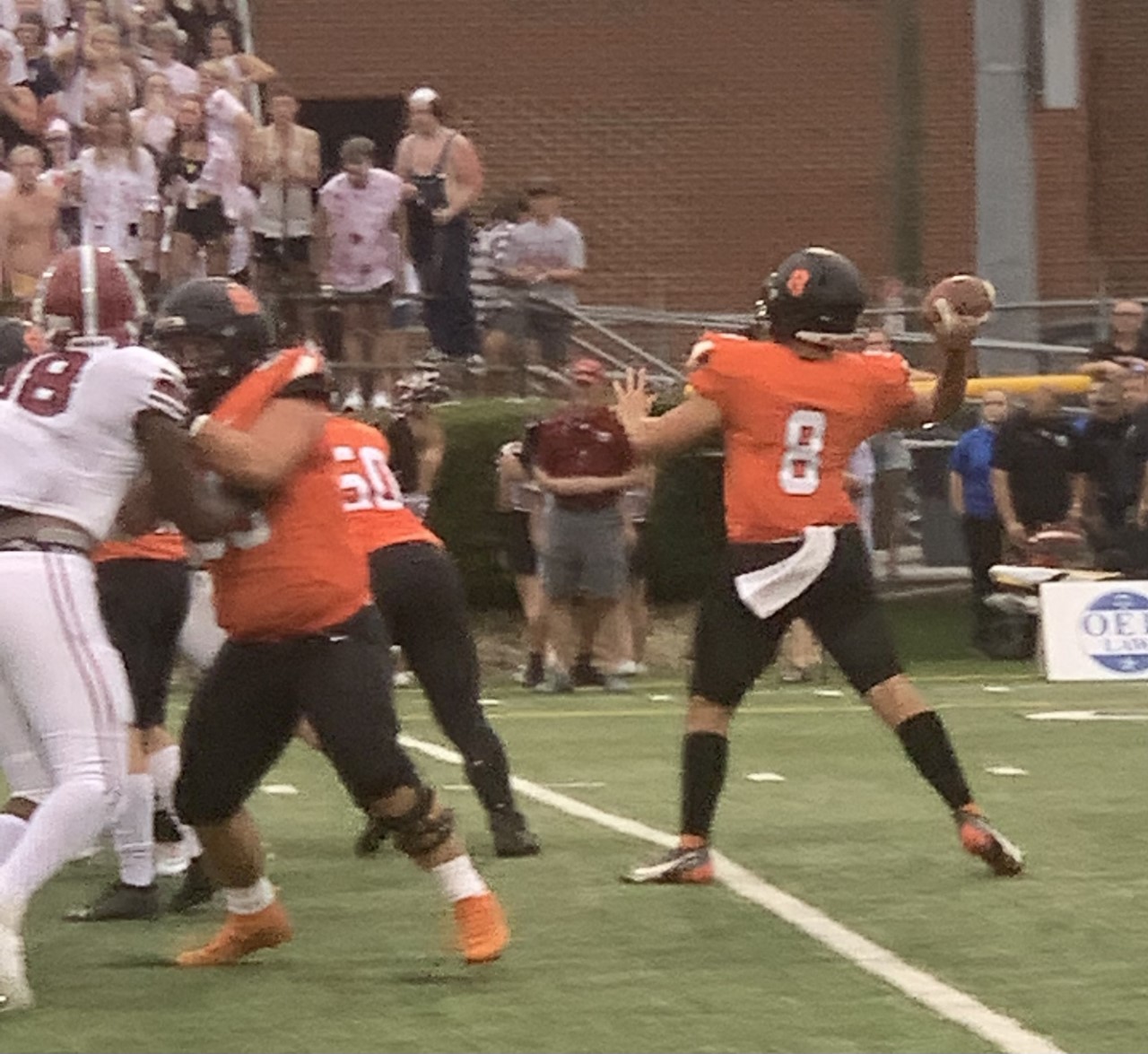 Morristown West coach Alvin Sanders, on the other hand, was very pleased with how his team played. It wasn’t perfect and there are things to still clean up but tonight was a positive base for the Trojans going forward.

Next week, Morristown East hosts Halls while the Trojans will visit Hardin Valley.

In tonight’s game, East started by going three-and-out while the Trojans scored on their first drive as Oliver Adams had a 6-yard run, Tyson Johnson had a 12-yard run, Zayland Frias had a 7-yard run, and then Johnson had an 8-yard touchdown run for a 7-0 lead with 8:29 left in the first quarter.

East only got a couple plays out of their next drive before they fumbled the ball at the East 40, giving the Trojans a short field.

West had a score called back due to a penalty to start their next drive, but a 40-yard field goal put the Trojans up 10-0 with 6:40 left in the first quarter.

Morristown East then had Nathan Roberts with a 12-yard catch and Skyler Hubbard made a 15-yard catch but East ended up punting the ball away.

On West’s last scoring drive of the first quarter, Tyson Johnson had a 15-yard run, Landon Howard made a 9-yard run, and John Michael Rosen made a 28-yard run. The drive ended with Zayland Frias scoring from 8 yards out as the first quarter expired with West up 17-0.

East got their lone score early in the second quarter as Roberts made a 26-yard run and then Nathan Roberts made a leaping 23-yard TD catch to cut the lead to 17-7 Trojans with 7:21 left in the first half.

The first half ended with that score, as West went into the locker room with a 10-point lead.

Two drives into the third quarter, East blocked a West field goal attempt which gave the Canes the ball at the West 39, but after a short gain to the 50, East fumbled the ball back to the Trojans with 4:19 left in the third.

West saw their next drive stall just 8 yards from scoring to close out the third quarter. 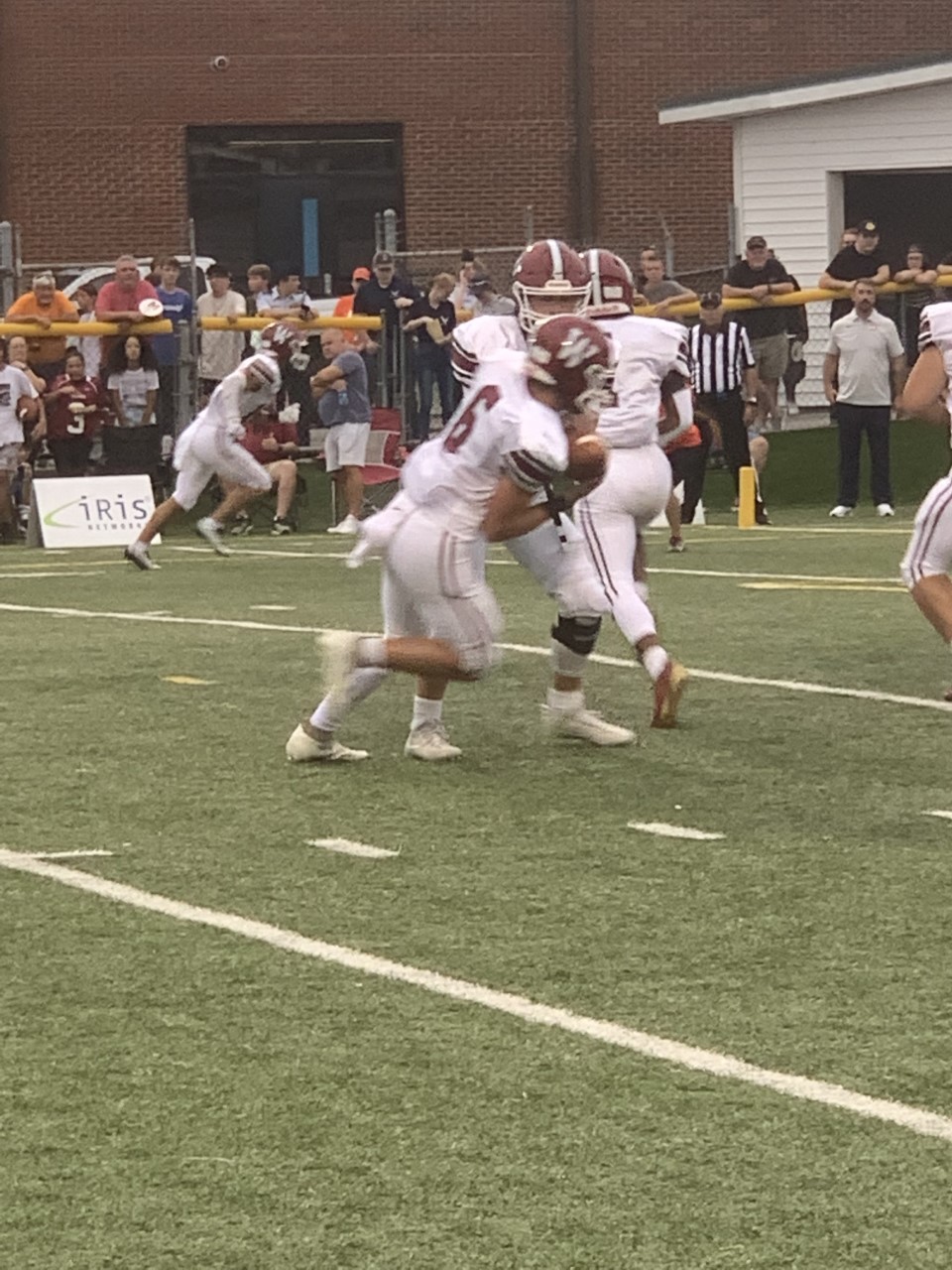 In the final frame, East had an early run where QB Eli Seals had a 10-yard run and Ethan Ledford had runs of 7 and 9 yards. After pass interference on West gave East the ball at the Trojan 45, West’s Zayland Frias intercepted a pass to stall the Hurricanes’ drive.

On East’s final drive, Eli Seals made a 20-yard run but then threw an interception into the hands of West’s Isaiah Eddington.

Eddington proceeded to run the ball all the way back to the other end zone for a West score with 29.4 seconds left in the game to give West their final score of 24-7 Trojans.

After the game, Morristown West head coach Alvin Sanders said, “I am very proud of how we got things going with big plays. We needed those to get ourselves going. We were also able to use our offensive line to slow down their run game. Now we need to get ready to take this show on the road to Hardin Valley next Friday.”

“I think our Quarterback Malakhi Isom did pretty well for his second start of his career,” Sanders said. “He did a good job in leading. Our line also did a good job in protecting him. He will get better with experience.”

“We went out and did what we needed to do to start this season with a win. As long as we keep improving on the week before, we will be okay.”

Morristown East head coach Caleb Slover said, “We were still in it going into the fourth but then we turned the ball over on our first drive of the quarter and the last.”

“We let West have too many long drives, (12, 15, 18 play drives),” Slover said. “We need to get our defense off the field sooner. We also need to finish drives, something we had problem doing last season as well. I am not upset with how things ended. Eli was just trying to make something happen. What I am upset about is all the fouls we had including pre-snap, our turnovers and all the penalties we committed.”