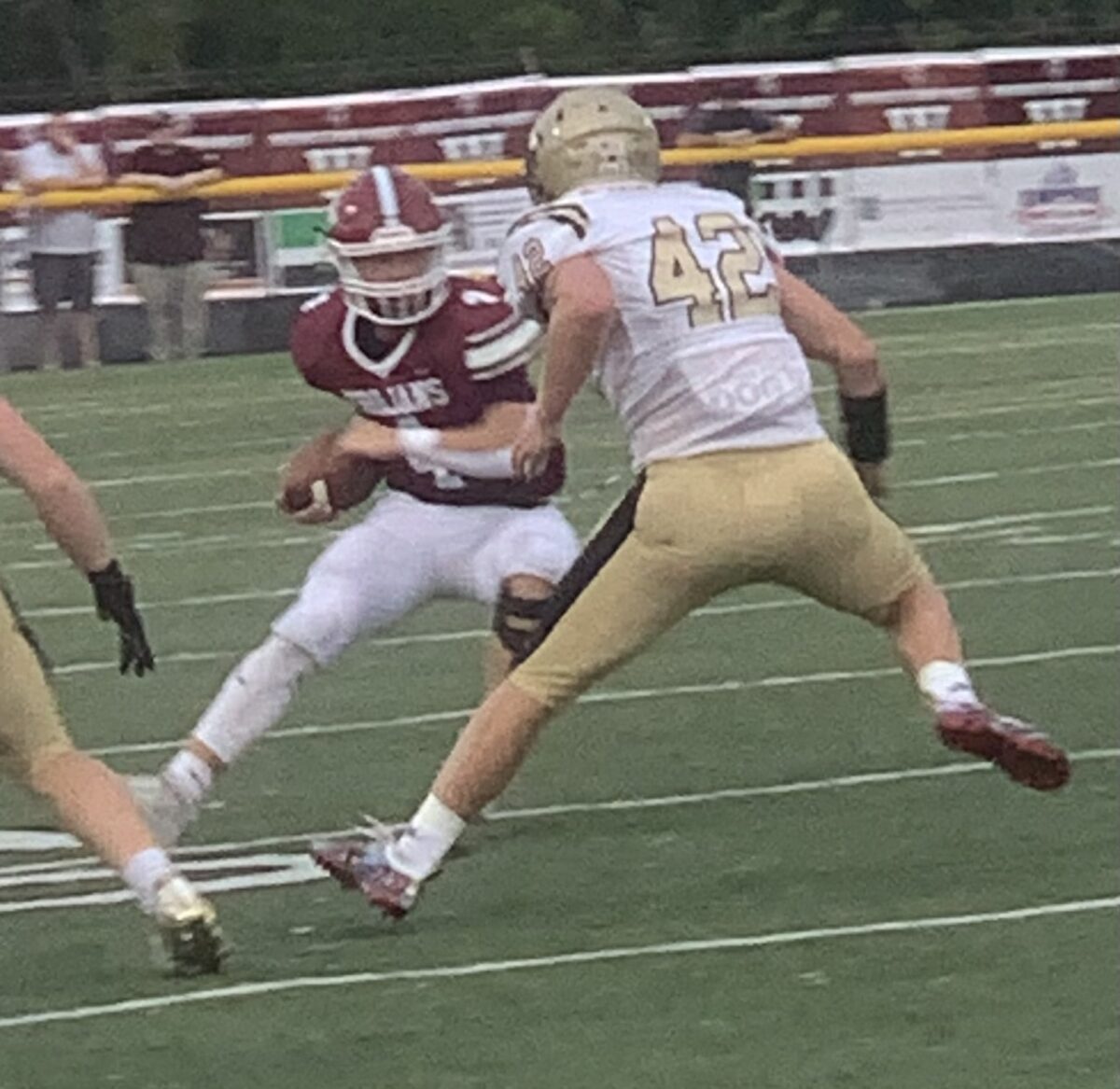 Morristown West Trojans win 31-9 over the David Crockett Pioneers to improve to 3-0 prior to next week’s visit by Greeneville. The loss dropped the Pioneers to 2-1 on the season.

Prior to tonight’s game the Trojans honored teacher Brian Marcum, who was killed in a motorcycle accident on August 21st. The Morristown West Jr. ROTC presented a flag to Marcum’s wife, Rebecca. Head Coach Alvin Sanders then presented Ms. Marcum a game ball and players wore a white “M” on their helmets.

In the game, the Trojans get on the board first. The scoring drive saw sophomore wide receiver Bereket Evans make a catch, followed by senior wide receiver TJ 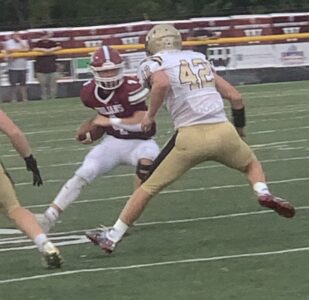 Allen brining in a 54-yard pass. Senior Tison Johnson then ran the ball in from 11 yards out for a 7-0 Trojan lead.

Two Crockett drives later, West’s Charlie Byerley intercepted a Pioneer pass and returned it to the Crockett 42-yard line with 28 seconds left in the first half. Bereket Evans made a 5-yard catch and after a 15-yard penalty against the Pioneers, West had the ball at the Pioneer 23.

Trojan’s Dylan Lopez kicked a 30-yard field goal, as time expired on the first half. Morristown West went into halftime with a 10-6 lead.

The Trojans came out strong in the second half. On the next scoring drive, Morristown West drove the field with determination. Tison Johnson had runs of 6 and 4 yards, Zaylan Frias caught an 8-yard pass, followed by another Johnson run, finally Johnson gets the ball again and carries it 5 yards into the endzone with 8:21 remaining in the third quarter. Trojans lead 17-6. 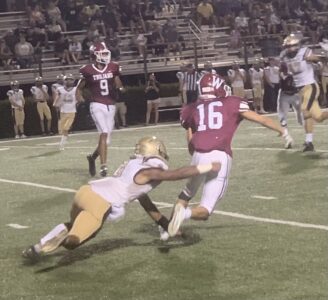 Morristown West wasn’t done yet, they made quick work of another touchdown with the help of runs by Landon Howard and Tison Johnson, the Trojan lead goes up to 24-6.

During the Pioneers’ next drive, Morristown West’s Tori House showed what the defense is made of with a sack. Pioneer’s Garrett Clark goes on to make a 27-yard catch before the drive stalls and the Pioneers settle for a field goal to start off the fourth quarter. The score makes it 24-9 Morristown West.

An interception by Trojan senior Abdallah Ahmed helped secure the win for the Trojans, as he returned the pass to the Pioneer 20. Tison Johnson and Landon Howard swapped carries to get the ball to the two-yard line. Senior QB Malakhi Isom ran it the final two yards for the score and a 31-9 lead with 7:46 left to play.

David Crockett made another attempt to drive the field including a 28-yard pass to Lamarkus Dunn but the drive died soon after. In the Trojans’ final drive, backup QB James Rosen saw some successful passes but ran out of time.

Following the game, Morristown West Head Football Coach Alvin Sanders said, “It’s been a while since 3-0. This is a conference game, and we don’t want to lose a conference game and then have to rely on somebody else, so it was very important to get off to a great start.”

Regarding the rest of the season, Coach Sanders said, “It’s going to be a battle but we have expectations of ourselves, so coming out and winning tonight was Step 1. Week in and week out, I tell our guys that we need to get the ball, get up in their face and let our guys do what they do.”