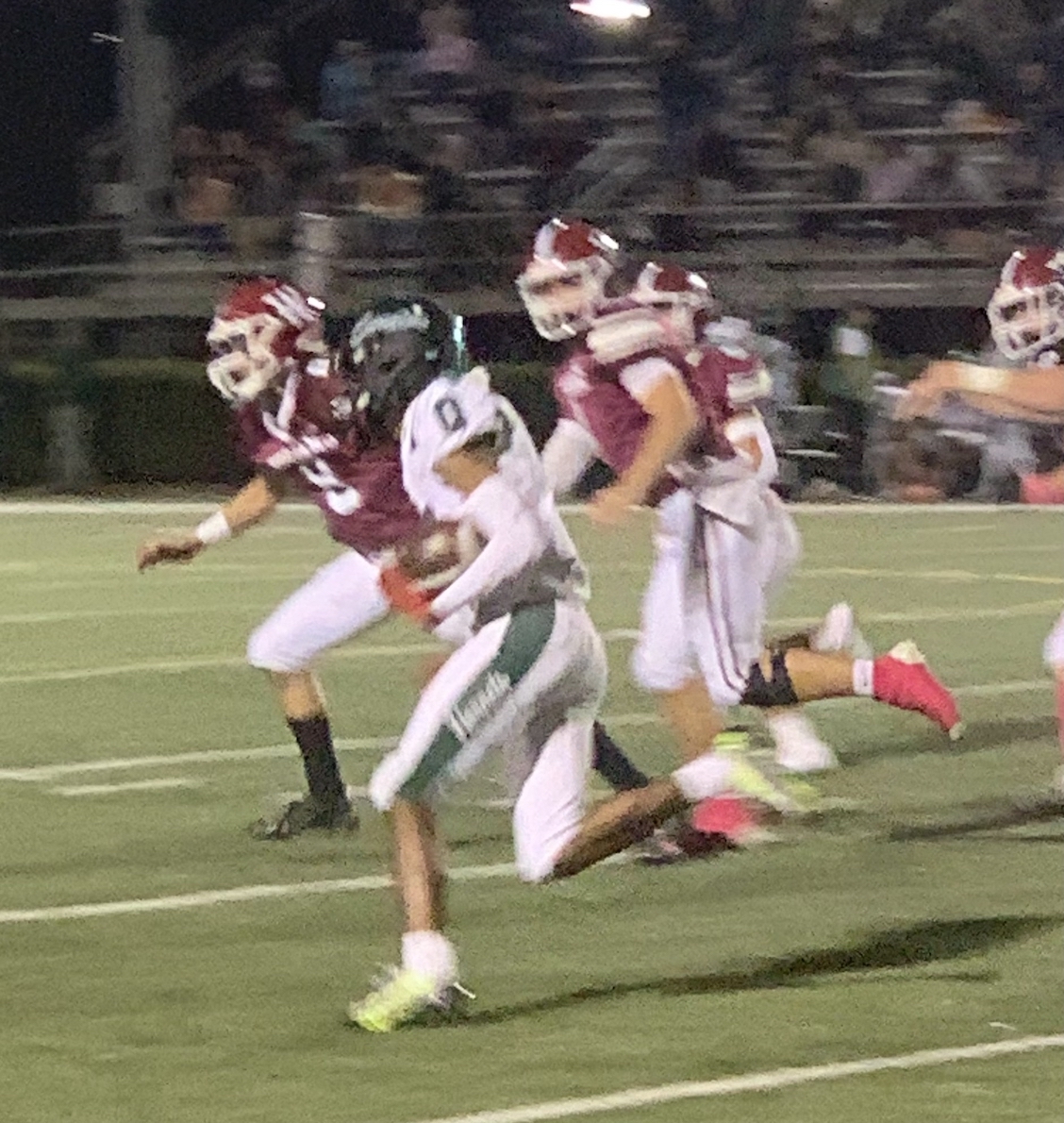 In Friday’s Morristown West home game against Carter, the Trojans weren’t able to find the end zone until the fourth quarter. The Hornets however scored a in the first and fourth quarters to pull out the 13-7 win over the Trojans.

Morristown West were in prime position to score after a pass interference call gave the Trojans the ball at the Carter 8 with 2:03 left in the first quarter, but Carter 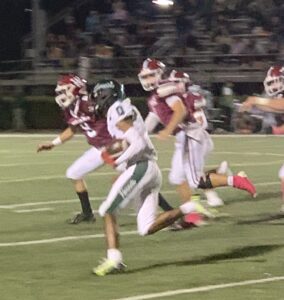 intercepted the next Trojan pass in the end zone to kill the drive. The Hornets put that turnover to use by scoring with 42 seconds left in the second quarter.

In second half, Morristown West had another opportunity with a 17-yard catch by Brett Blair getting the team down to the Carter 25-yard line, however that drive stalled just 8 yards later with 8:58 left in the game.

Carter took advantage and scored on their next possession to take a 13-0 lead with 5:49 left to play. 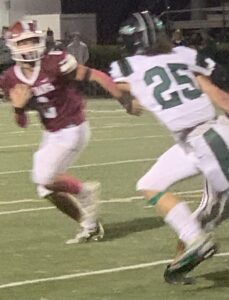 The Trojans finally got some momentum on their next drive. QB Malakhi Isom had a 26-yard run and passes of 10 and 27 yards to Brett Blair. Blair scoring off that 27 yarder made the score 13-7.

Morristown West tried to tie it up with a 29-yard catch by Blair and a facemask penalty to get the Trojans on the Carter end of the field with 1:40 left. But the Hornets weren’t to be undone, intercepting a pass at their own 25-yard line with just 29.9 seconds left to play.

After the loss, Morristown West head coach Alvin Sanders said, “To be honest, I will have to go back to the video and watch. As of right now, I don’t have an answer as to why the slow start tonight.

“I felt at times we were able to move the football and follow our game plan and make stops defensively in the first half. I don’t know why we couldn’t put up points in the first half. Right now, we think that getting off the field on third down is something we have to work on and learn from. We knew this game was going to test our skill and our discipline. Hats off to Carter.”