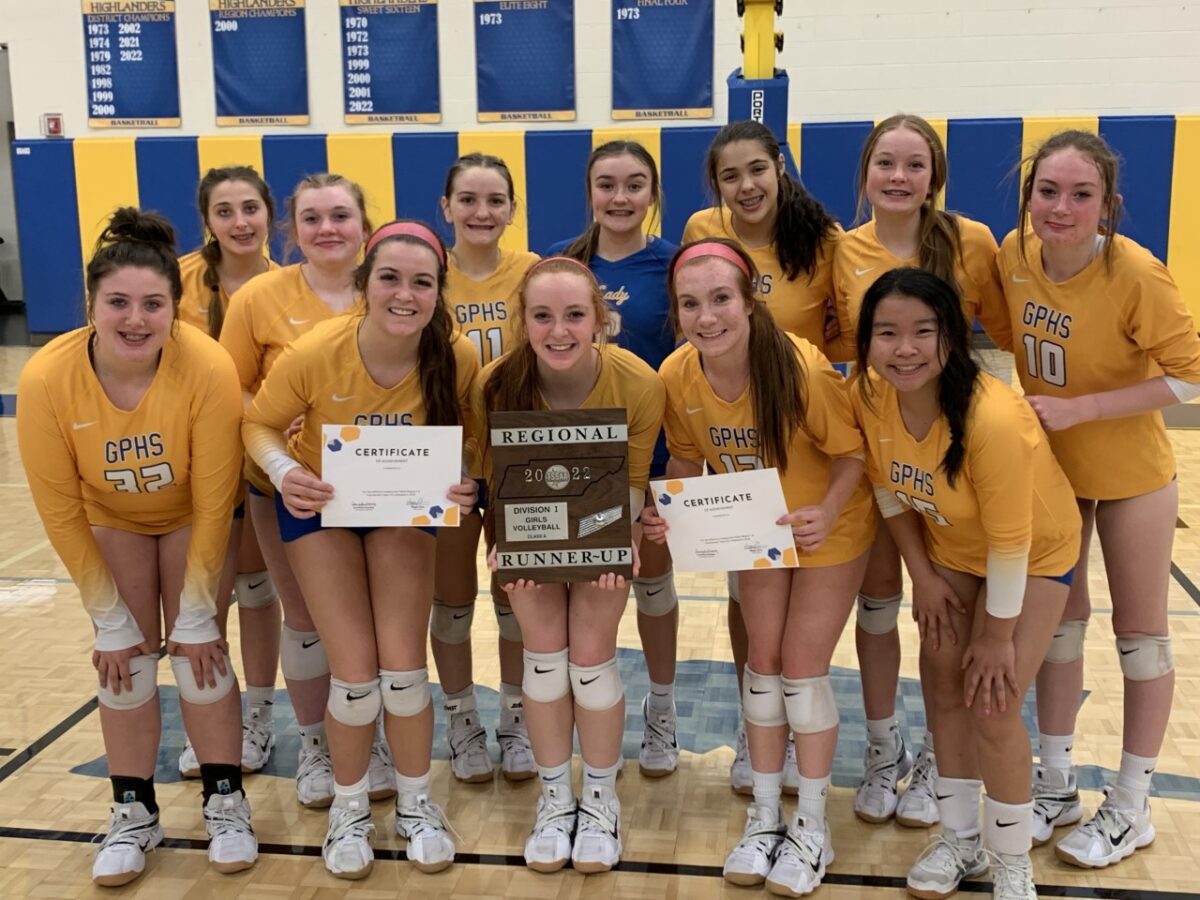 Gatlinburg-Pittman held strong for most of the first set, but ultimately succumbed to the Lady Rebels’ high-flying kills and fell three sets to none in the match (25-16, 25-13, 25-11). 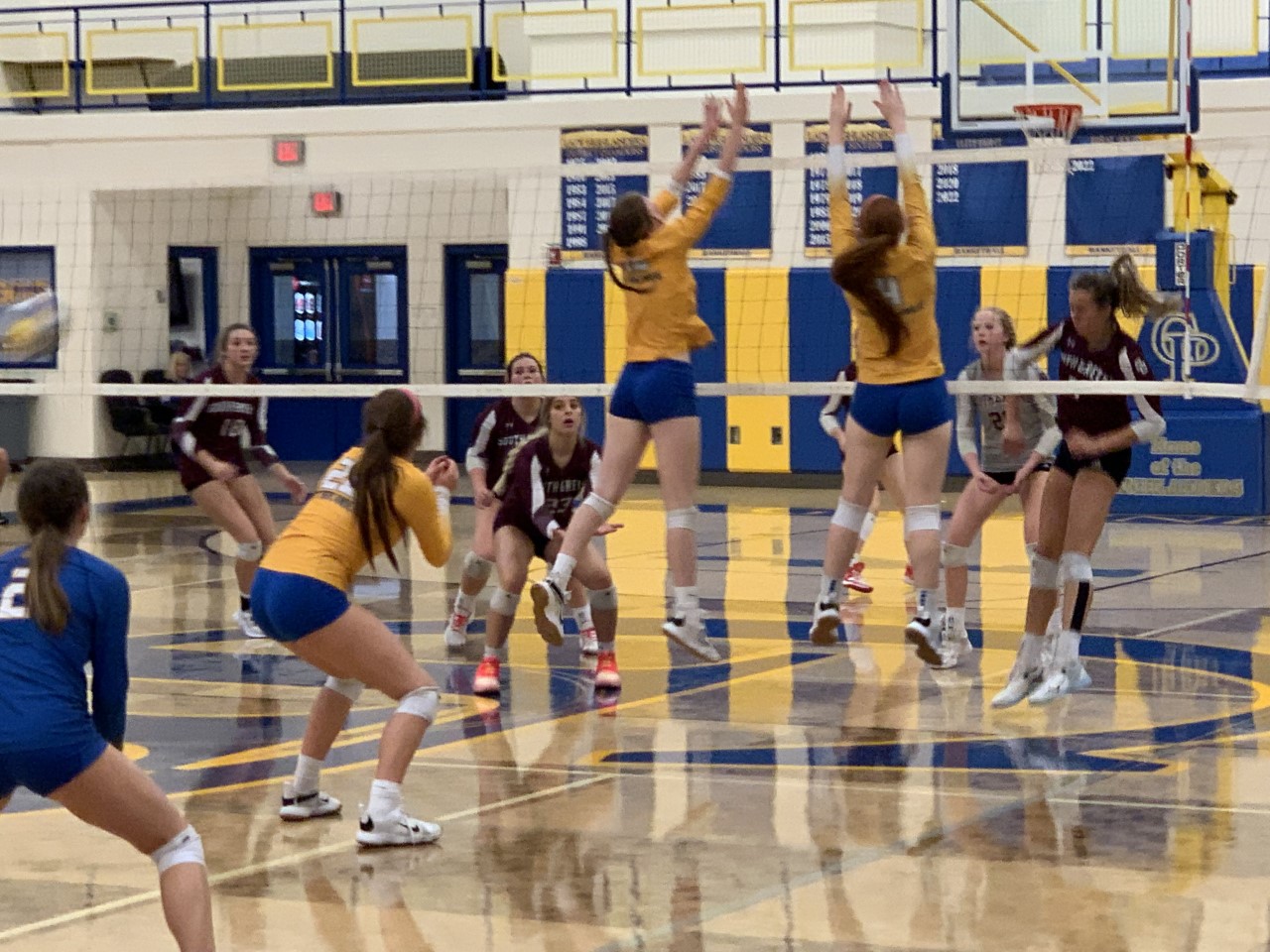 The Lady Highlanders will have one more opportunity to extend the season on Thursday in the substate round.

Gatlinburg-Pittman will have to defeat three-loss Chattanooga Arts & Sciences on the road Thursday to make that dream come true.

“I know their record is good, but I don’t know about their competition,” Sims said. “If you’ve got only three losses on the year, you have to be a pretty good team. We’re just going to work on us and fix our mistakes and just go down there and play our game.”

South Greene came out strong early after an easy sweep of Jellico and took a 3-0 lead over Gatlinburg-Pittman. The Lady Highlanders were able to come back and tie the game at 3-3, but the Lady Rebels quickly regained command with an 8-5 lead.

Gatlinburg-Pittman was able to rally from a 9-7 deficit to take a 10-9 lead later in the set, but South Greene came back with five straight points to lead 14-10, as Trinity Whaley was unable to get the ball over the net.

The Lady Highlanders were able to pull to within 14-12 after South Greene hit the ball out of bounds. Addison Compton scored the next point for the Lady Rebels to make the score 15-12 and that was the closest Gatlinburg-Pittman would get, as South Greene pushed the lead to 22-13 en route to a 25-16 win.

“I told them we could hang with South Greene,” Sims said. “The only difference in them is that they communicate better, and they can swing. They’re powerful. If we would just learn to be more powerful, we would be more of a force with the ball, but when you only have three returners and you’re basically a brand-new team from last year, it’s hard.”

Gatlinburg-Pittman jumped out to a quick 3-0 lead in the second set, but South Greene quickly came back and tied the set at 5-5 before taking a 9-6 lead.

After landing another ace, followed by the ball going out of bounds off Bree Hooper, the South Greene lead ballooned to 23-11.

Gatlinburg-Pittman scored two consecutive points to make the score 23-13, but a spike to the left corner by Mackenzie Niston would set up set point with the score 24-13.

Jordyn Roderick ended the second set with a kill, giving South Greene the 25-13 win and a commanding 2-0 lead in the match.

South Greene took the first point of the third set, as Addison Compton scored a kill to make the score 1-0. The Lady Rebels soon led 4-0 before Gatlinburg-Pittman got on the board with a kill by Hooper, making the score 4-1.

The Lady Highlanders used that momentum to score four consecutive points and tie the set at 4-4.

Ava Clark ended the Gatlinburg-Pittman run with a kill to give South Greene a 5-4 lead. Another spike by Clark put the Lady Rebels ahead 7-4 soon after.

South Greene stretched the lead to 9-5 and then 11-6 when the ball hit out of bounds off Gatlinburg-Pittman’s Johnson. 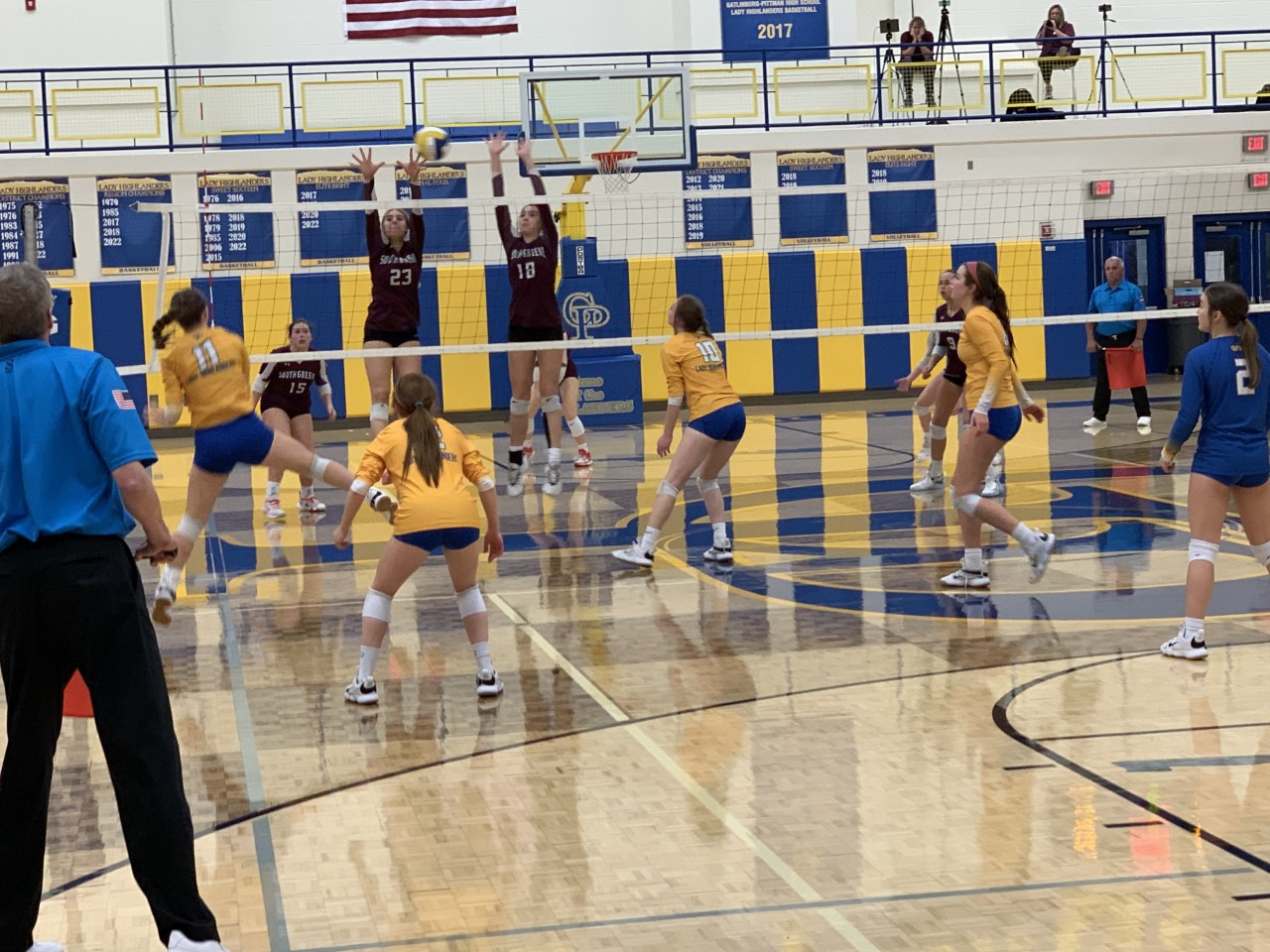 Gatlinburg-Pittman’s Maddie Rogers (11) puts one over the net, while South Greene’s Ava Clark (23) and Davanie Tarleton (18) attempt the block. Photo by Brian Hamilton

The Lady Highlanders trailed 18-9 and then 21-9 but made the score 21-10 when the ball went out of play off South Greene’s Compton.

South Greene would go on to win the set 25-11 and sweep the Lady Highlanders three sets to none in the match and win the region.

Gatlinburg-Pittman will travel to Chattanooga on Thursday to face Chattanooga Arts & Sciences with an opportunity to advance to the state tournament in Murfreesboro.

Sims said before the season that his goal for the Lady Highlanders was to play in the region championship and that goal has come to fruition here in mid-October.

“I’m extremely proud. We made this goal before the season even started, to win the district championship and make it to the region championship,” Sims said. “The next goal would be to win it and we’ll get there eventually. South Greene is a very good team. Props to them, they are a powerhouse. It’s always good to face competition like that. All it does is make you better.”

“From where we started (in August) to where we are now, I’m really proud of them.”