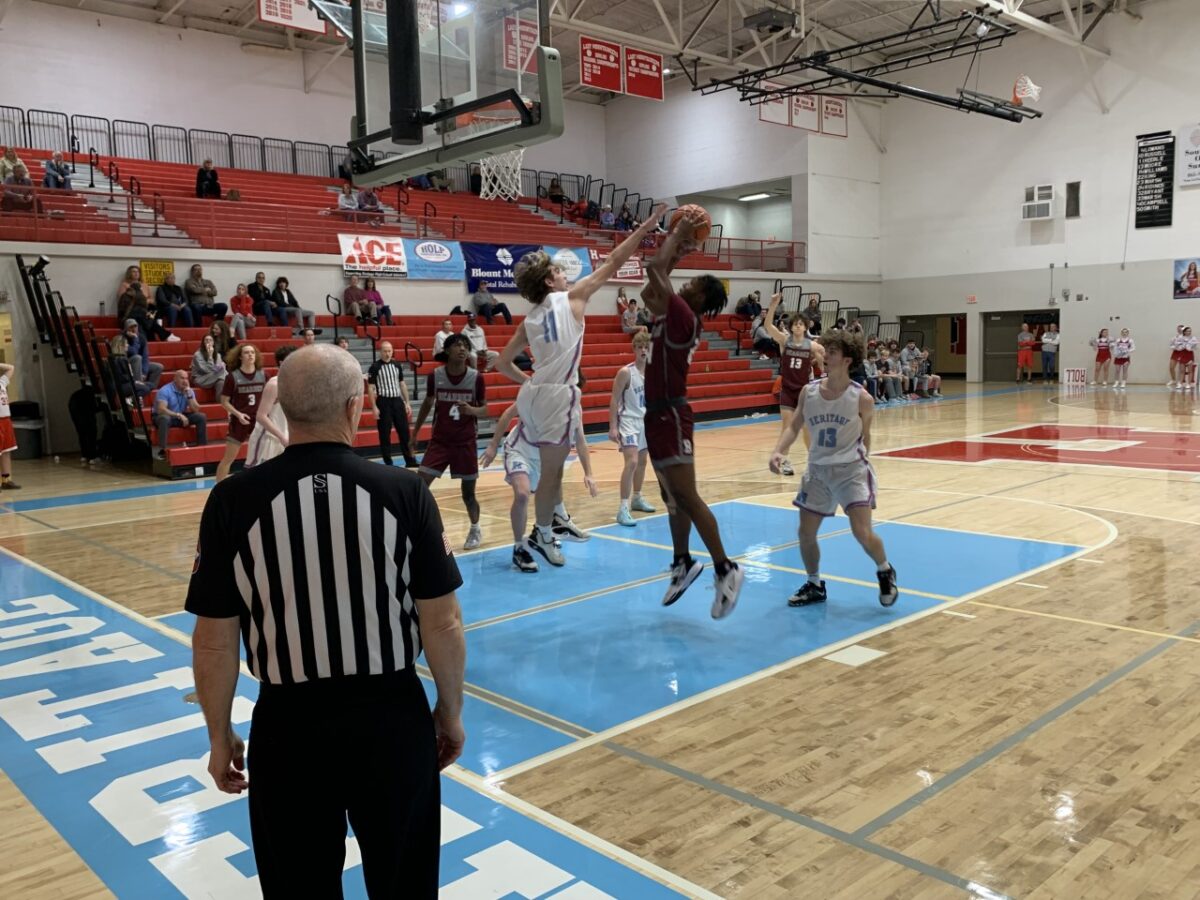 “I didn’t think we played well at all,” Heritage coach Brad Flatford said after the game. “We were prepared and knew what they were going to do, but we looked like a team that was unprepared tonight.” 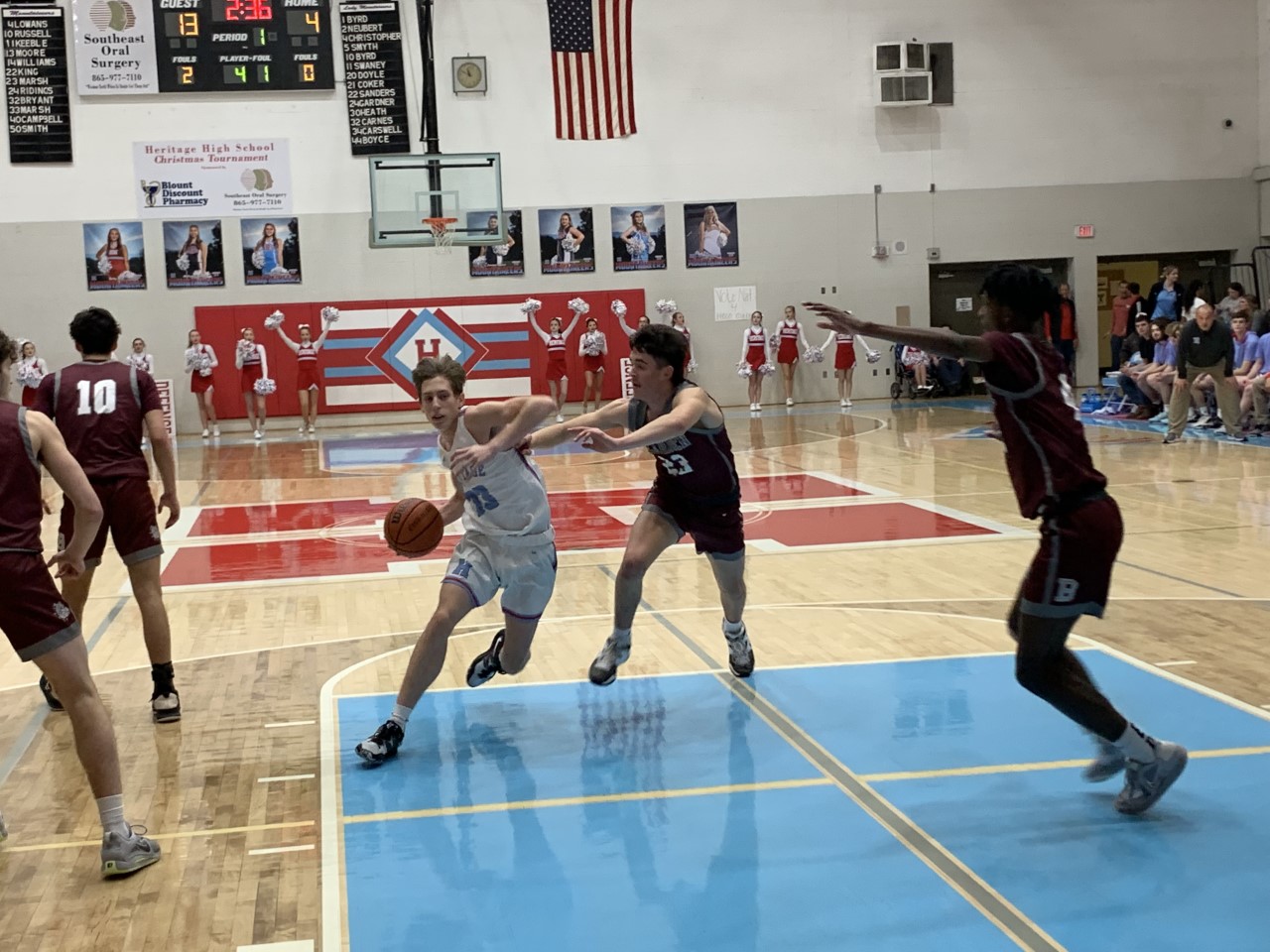 Bearden led 10-4 midway through the first quarter when King Hubbard hit a three to stretch the Bulldogs’ lead to 13-4. A layup by Drew Brillhart would make the score 15-6 with 15 seconds remaining in the first quarter and Bearden would take a nine point lead into the second period.

The Bulldogs led 26-10 midway through the second quarter, but a Grant Campbell three, followed by another Campbell jumper would pull the Mountaineers to within 26-15 with just under three minutes left until halftime.

“He can shoot like that if he gets out there for a little bit,” Flatford said of Campbell’s shooting performance (two three-pointers).

Chase Riddings made a basket to trim the Heritage deficit to 28-17, but a three by Justin Nordin would put Bearden ahead 31-17 with 2:16 left in the second quarter.

Campbell drained another three from the corner to make the score 31-20, but a three by Drew Parrott and a layup by Nelson Karnowski would push the Bearden lead back to 36-20.

Sophomore Eli Williams would drain a three at the buzzer to send the Mountaineers to the half trailing 36-23, with a deficit that was still manageable.

A pair of put backs by Tyson Pirtle and Justin Nordin would give Bearden a 48-29 lead going into the final quarter.

The Bulldogs stretched the lead to 53-31 midway through the fourth quarter and a steal and layup by Jamichael Blair would put Bearden ahead 56-33 with 1:51 left in the contest. 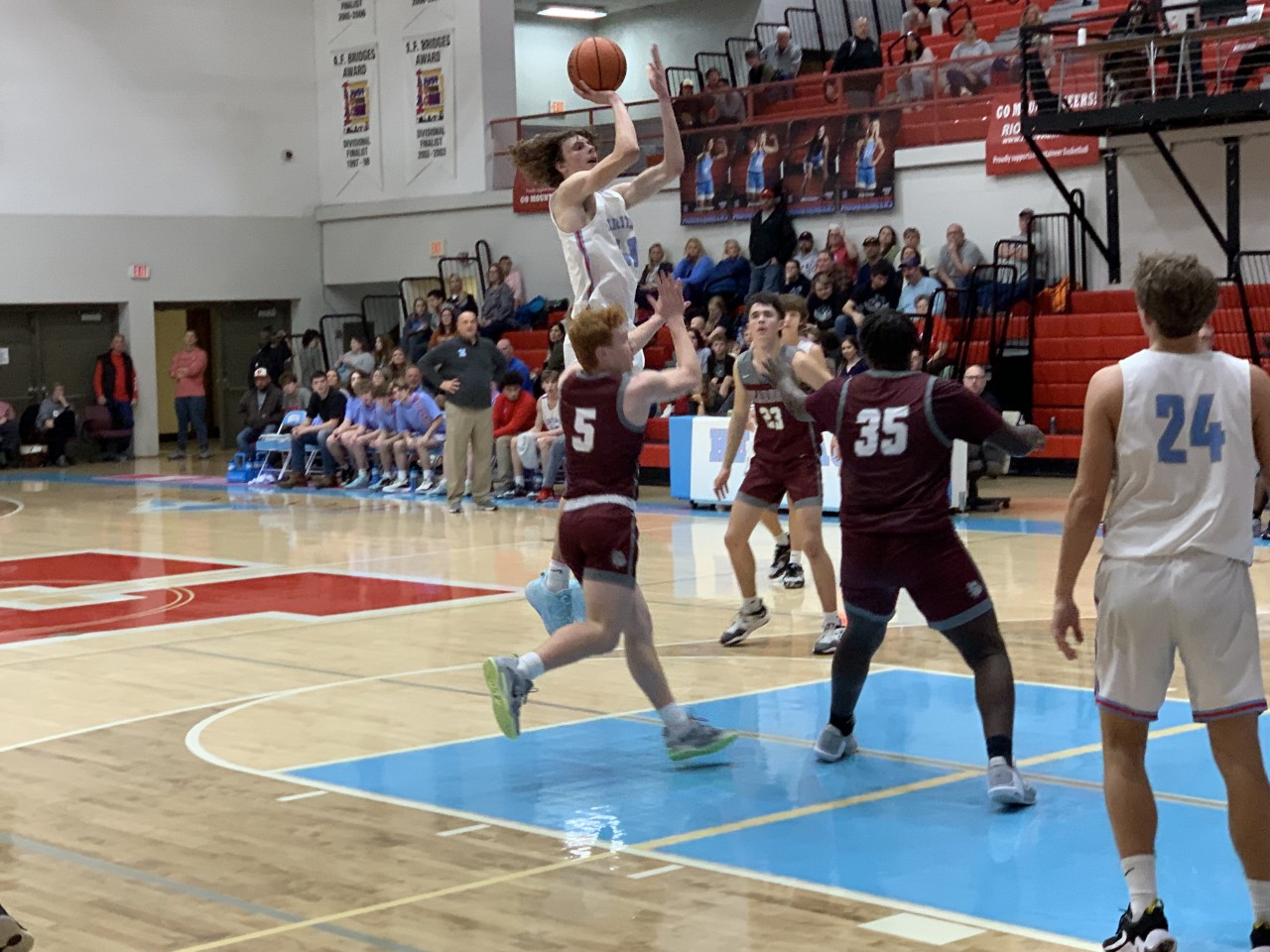 Heritage’s Grant Campbell (40) goes up for a jumper over Bearden defenders. Photo by Brian Hamilton

Williams split a pair of free throws late in the fourth, making the score 56-34, but Blair would come down on the other end and make a layup to put Bearden up 58-34.

Blair continued his scoring surge late in the fourth quarter, converting a traditional three-point play and draining a three with 25 seconds remaining. The Bulldogs would walk away with a 64-37 win, as Heritage was left still searching for its first district win of the season (0-5).

Bearden improved its record to 13-7 and 1-2 in the district, while Heritage dropped to 10-10 on the season.

In addition to Campbell’s 14, Heritage was led by Eli Williams’ 11 points. No one else scored more than four points for the Mountaineers.