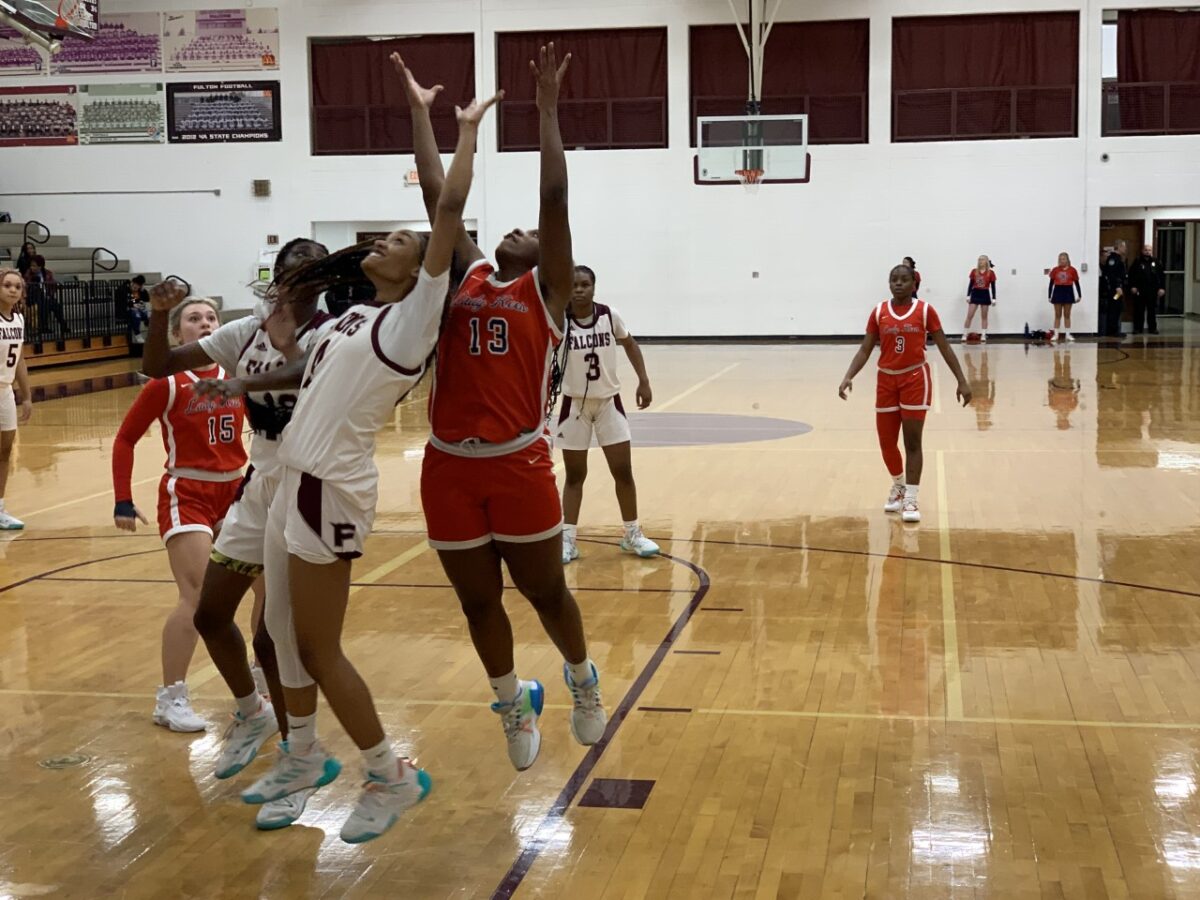 The Lady Kees had multiple shots and layups that just seemed to either bounce or roll off the front rim. For most of the game, it appeared that there was some supernatural force diverting South-Doyle’s shots anywhere but through the net. Credit Fulton’s swarming defense just as much as South-Doyle’s unfortunate bounces, though. Fulton had numerous fast break opportunities, as defenders stayed in the passing lanes and picked off passes, disrupting South-Doyle’s offensive flow.

Fulton led by an astounding score of 30-0 with just over one minute left in the third quarter before the Lady Kees made their first points. The Lady Falcons would win the contest by a final score of 40-8 in a District 5 tilt. 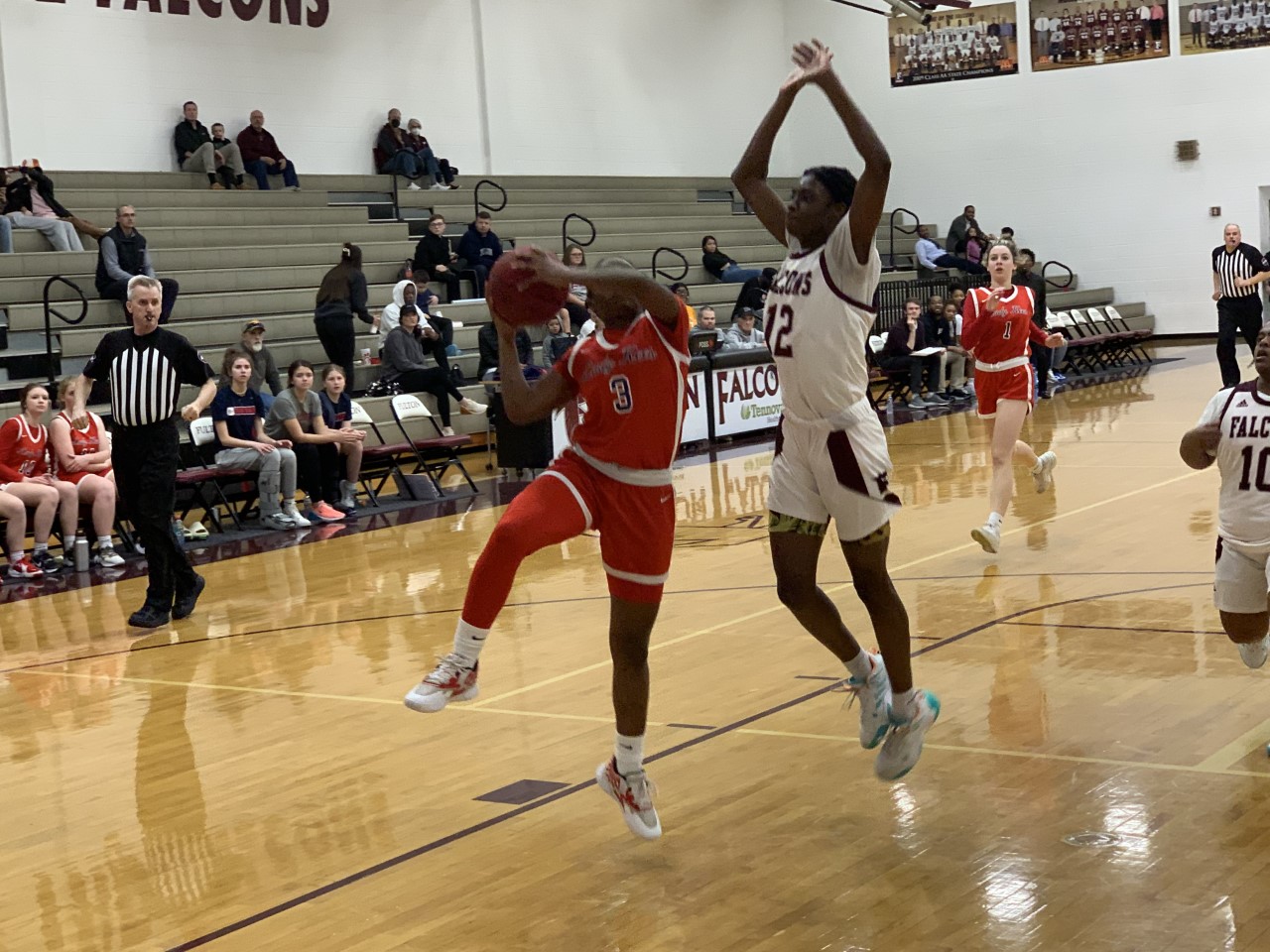 When asked if he had ever been involved with a game that a team held the opposition scoreless for nearly three quarters, Fulton head coach Tyler Howell responded, “Absolutely not.”

“I just attest to the fact that our girls are learning to play good, solid defense,” Howell said. “I tell them all the time that I want to focus mentally on the defensive side of the ball and kind of letting our defense dictate our offense and tonight, we did that.”

McAlpin would account for all seven of Fulton’s points in the first, as the senior drained a three with 1:39 left in the first period, giving the Lady Falcons a 7-0 lead.

South-Doyle’s Bailey Conkin was fouled with 17 seconds remaining in the first quarter, giving the Lady Kees a chance to get on the board. Conkin narrowly missed on both foul shots and that would unassumingly be the story of the night for South-Doyle.

The Lady Kees did have an opportunity to get on the board at the end of the first quarter, but Daleyah Brown’s shot at the buzzer fell short, as Fulton took a 7-0 lead after one period.

Fulton led 9-0 early in the second quarter when Radashia Bailey nailed a three to put the Lady Falcons up 12-0.

Both teams were stagnant offensively for the next few minutes, but a pair of threes by McAlpin gave Fulton an 18-0 lead with 1:35 left in the first half. At this point, it was becoming a reality that South-Doyle might go to halftime scoreless.

Those thoughts became a reality when the Lady Kees missed a shot at the end of the first half and Fulton went to the locker room leading 19-0.

Ideally, one would think that South-Doyle would go to the locker room, regroup and be able to string together some baskets, but the drought continued in the second half.

Judy Taylor scored the first basket of the third quarter to give Fulton a 21-0 lead, followed by a jumper by Dee Williams that pushed the Falcons’ lead to 23-0.

Williams was fouled on a layup the next trip down and converted 1-of-2 free throws to put Fulton up 24-0. Williams would then go on a tear, scoring the next six points for the Lady Falcons, stretching the lead to 30-0. At this point, Williams had scored nine consecutive points for Fulton.

Finally, a 23-minute scoring drought was ended with South-Doyle’s D.K. Kpana banked a three off the glass from the top of the key, making the score 30-3 with 1:08 remaining in the third quarter.

The Lady Kees’ shooting struggles would not end with that basket, however, as Fulton carried a 36-3 lead into the fourth quarter.

Maiye Moore made a steal and was fouled on the layup early in the fourth, as the junior sank two foul shots for a 38-3 lead. Williams then came back with a layup to make the score 40-3 with 3:10 remaining.

Bailey Conkin sank a three with just under three minutes remaining to cut South-Doyle’s deficit to 40-6, but the Lady Falcons were salting the game away at this point.

D.K. Kpana drove the lane for a layup in the waning seconds to make the final score 40-8, in favor of the Lady Falcons.

South-Doyle only made three baskets in the contest, and two of those were from D.K. Kpana, who finished with five points and the other basket was from Bailey Conkin, who scored three points.

South-Doyle (1-17) is in the midst of a 17-game losing streak after defeating West in the season opener and will face Lenoir City (15-2) next Tuesday in a district matchup.

Fulton (9-14) will also see Lenoir City in its next game, as the Lady Falcons go on the road to face a tough test on Friday night.