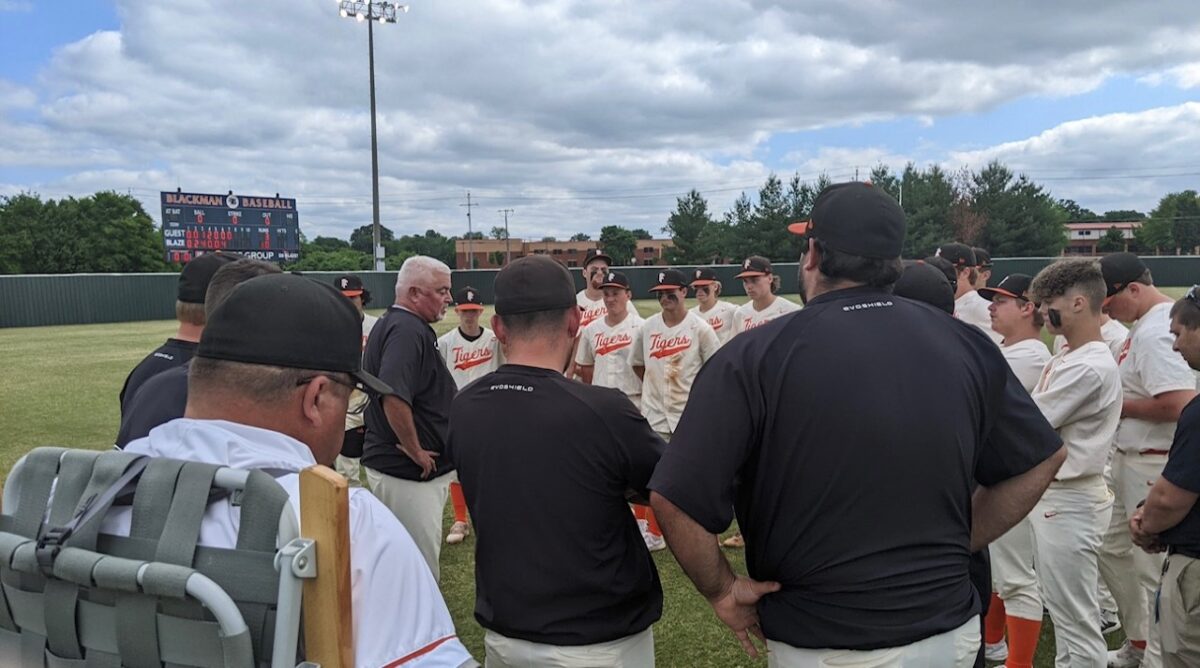 MURFREESBORO – It was obvious that the Tigers were going to win the Class 2A championship, but a large contingent of folks felt that it would be the Pigeon Forge Tigers, rather than the Watertown Purple Tigers, as Pigeon Forge was seeking its second championship in school history with the first coming in 2013.

Pigeon Forge (39-4) had gone wire-to-wire in the Tennessee Baseball Coaches Association rankings since the preseason rankings were released in February. The only poll they would not be voted number one in 2022, however, would be the final rankings, as the Tigers lost to Watertown (29-9) by a score of 10-3. 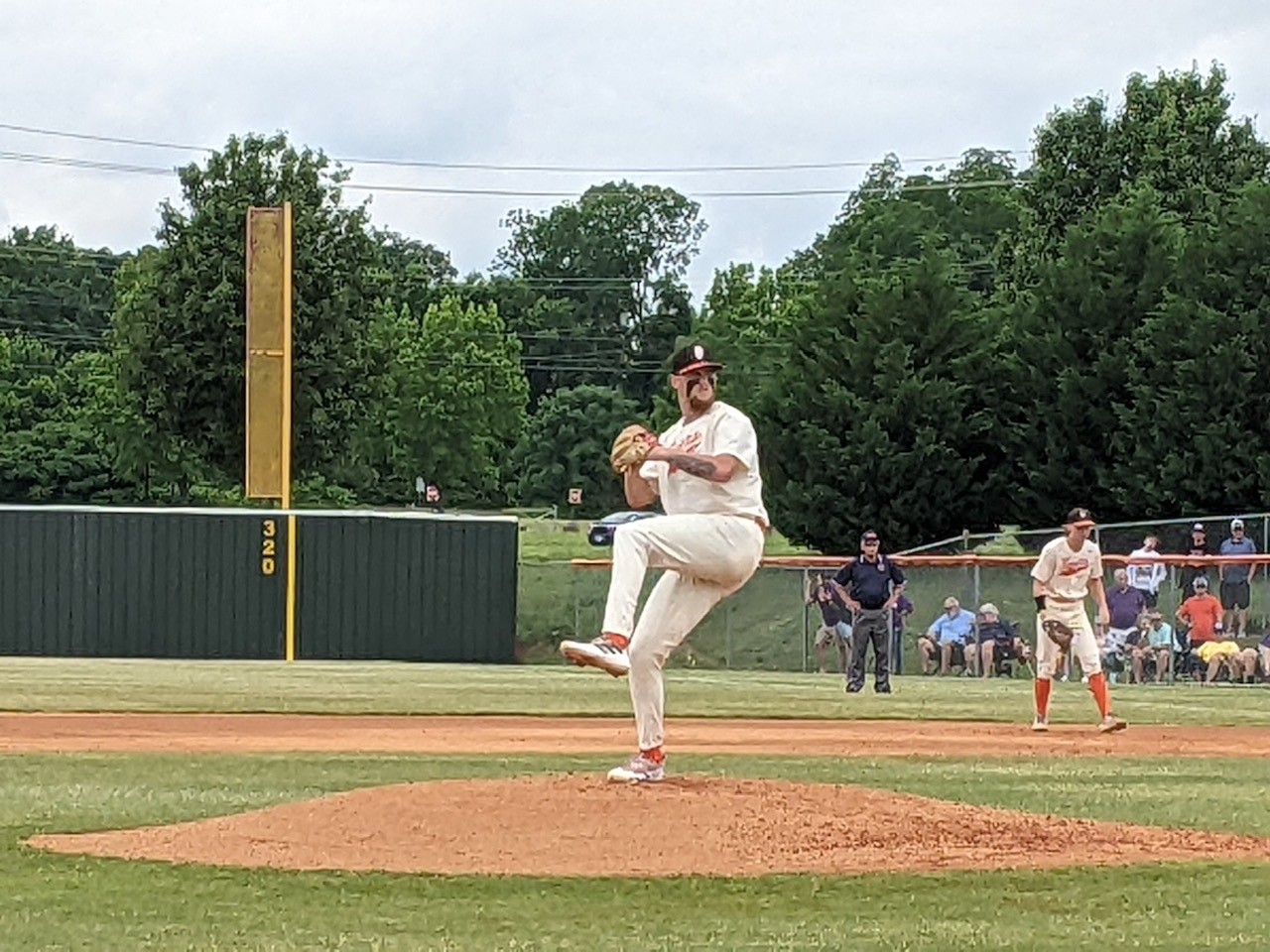 Pigeon Forge’s Riley Franklin throws a pitch during the Tigers’ 10-3 loss to Watertown on Saturday afternoon. Photo by Montana Findley

“That team outplayed us today,” Pigeon Forge coach Mike Guinn said. “We didn’t play well all state tournament and they took advantage of it, so that’s the end of it. They were better than us today.”

Both teams remained scoreless until the bottom of the second inning when Watertown’s Ke’jon Wood hit a single to center field to send Kendal Bayse and Lance Fripp home for a 2-0 lead.

Pigeon Forge’s Loy scored on a passed ball to make the score 2-1 in the top of the 3rd inning, with Riley Franklin on third base and Kevin Fernandez on second. Ben Archer was walked on the next at bat to load the bases, but Holt Hensley struck out swinging to give Watertown the third out, leaving three Tigers runners stranded.

The Purple Tigers added two more runs when Bayse doubled on a line drive to right field to take a 4-1 lead in the bottom of the third inning.

Brady Watts hit a sacrifice fly to center field, which allowed Bayse to score for a 5-1 lead. Fripp then scored on an error by Pigeon Forge’s Conner Catlett to give Watertown a 6-1 lead after three innings.

Pigeon Forge began to battle back in the top of the 4th, as Kaden Stinnett scored on a wild pitch to cut the Tigers’ deficit to 6-2. Watertown pitcher Charles Mitchell then entered the game for Steven Whitlock and walked Fernandez with the bases loaded to score Tyson McFall, making the score 6-3.

The Purple Tigers would escape the inning only allowing two runs, however, as Mikey McCarter grounded into a fielder’s choice for the final out, as Loy was unable to score.

The score remained 6-3 until the bottom of the 6th when Watertown finished putting the nail in the coffin of the school’s first state championship in any sport.

Kaden Seay doubled on a line drive to right field to send Wood home for a 7-3 lead. With one out, Mason Murrell singled on a fly ball to left field to score Seay for an 8-3 lead.

On the next Watertown at bat, West doubled on a line drive to score Seay for a 9-3 lead. The Purple Tigers would add one more run when Bayse hit a sacrifice fly to left field which allowed Kwame Seay to come home for a 10-3 advantage going into the seventh inning. 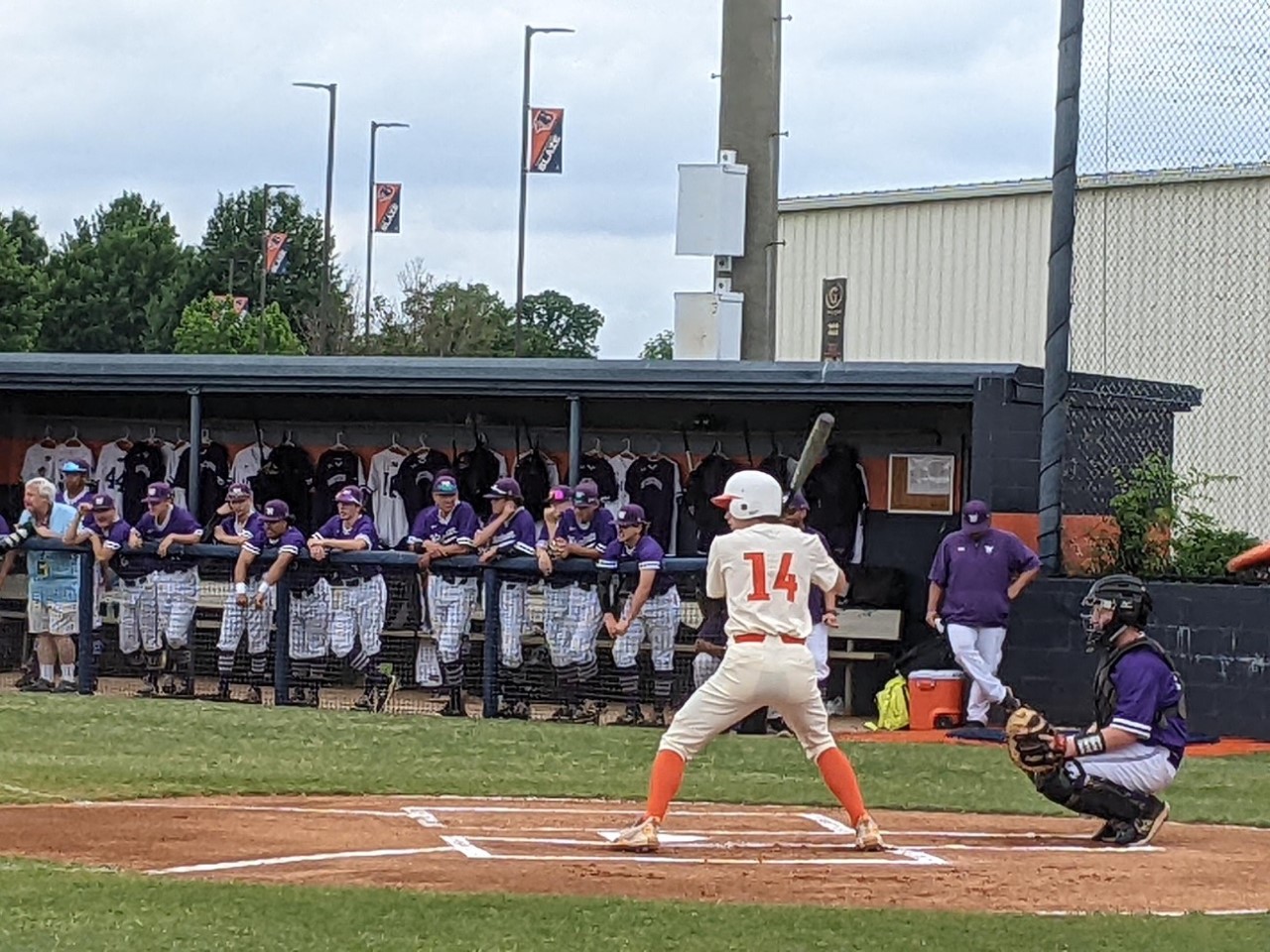 Dylan Loy (14) goes up to bat during the Tigers state championship loss to Watertown on Saturday. The junior led the team in batting, going 2-for-3 from the plate. Photo by Montana Findley

Pigeon Forge was unable to make up the seven runs in the top of the 7th, however, as McCarter lined out to center fielder Wood, followed by Catlett doing the same two batters later. Loy then flew out to left fielder Fripp for the final out of the Tigers’ season.

Riley Franklin took the loss for Pigeon Forge, as the senior allowed eight hits and seven runs over five innings, striking out seven.

Dylan Loy led the Tigers in hits, going 2-for-3 at the plate. Watertown racked up 12 hits on the day, with Bayse, Murrell, Fripp and Whitlock all collecting multiple hits.

Pigeon Forge loses seven seniors from this year’s team, but returns Tennessee commit Dylan Loy and sophomore phenom Trevan Myers, among others. There is no doubt that the Tigers will be back in the mix for a state championship again in 2023.