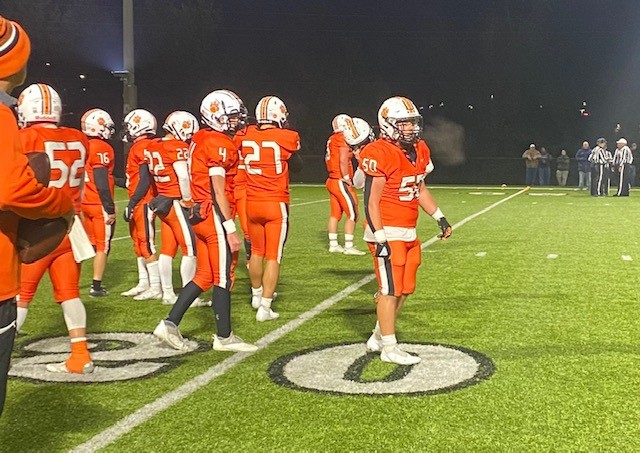 PIGEON FORGE – Pigeon Forge built an early lead and was forced to hold on for a 21-20 win against West Greene to advance to the second round of the Class 3A playoffs.

West Greene got on the board first when Ethan Turner returned a fumble 51 yards for a touchdown, giving the Buffaloes a 7-0 lead after one quarter.

A 6-yard touchdown run by Brady Maples tied the game at 7-7 in the second quarter, followed by a 13-yard Aiden Howard touchdown run, which put the Tigers ahead 14-7 at halftime.

West Greene came out and caught Pigeon Forge off guard with an onside kick recovery, but the Buffaloes were unable to capitalize on the recovery.

The Tigers took a 21-7 lead on a trick play of its own, as running back Brady Maples tossed a touchdown pass to Mason Shults, who was wide open on the play.

Pigeon Forge led by two touchdowns at the end of the third quarter. 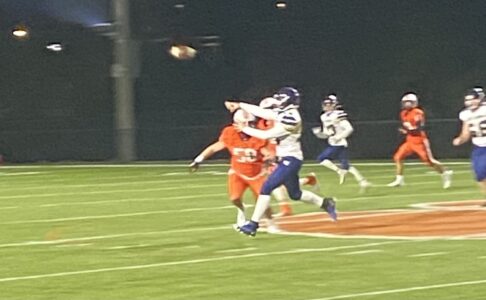 West Greene reached into its own bag of tricks to get them back in the game, as quarterback Keith Valentine found Ethan Turner on a flea-flicker for a 26-yard touchdown. The Tigers were now clinging to a 21-14 lead with 2:27 to play, as the Buffaloes lined up for an onside kick.

The onside kick was successful and Dawson Daniels hit Ethan Turner for a 29-yard touchdown to pull West Greene to within one at 21-20. The Buffaloes elected to go for the two-point conversion, however, and it was unsuccessful, leaving Pigeon Forge with a 21-20 lead with 1:53 remaining.

The Tigers were able to recover the next onside kick and hold on for a 21-20 win.

“This one is my fault,” Pigeon Forge head coach Scott Meadows said. “I didn’t have us prepared to play, evidently. We will make sure that they are ready for next week.”

Junior running back Aidan Littles was out for Friday’s game, but sophomore Aiden Howard ran for almost 200 yards and scored a touchdown. The Tigers totaled 275 yards on the ground.

“This win says a lot about our kids’ character — they played hard,” Meadows said. “It was a really ugly game all the way around.”

Pigeon Forge (8-2) now has its longest winning streak in school history with six straight. The Tigers will travel to Unicoi County Friday to face the Region 1 champion Blue Devils (10-1).